Ever get the feeling you have extrasensory perception, or ESP -- a "sixth sense" that gives you powers of perception that transcend the familiar five senses?

Well, you're wrong about that.

A new study, published online Jan. 13 in the journal PLOS ONE, shows that there's simply no such thing as a sixth sense.

"People are correct in believing that they have an ability to sense changes in their environment even when they cannot verbally identify what those changes are," study co-author Dr. Piers Howe, a psychology professor at the University of Melbourne in Australia, told The Huffington Post in an email. "It is just that this ability is not a quasi-magical sixth sense. It can be explained in terms of known visual processes."

In the study, 10 men and women between the ages of 19 and 43 were given brief glimpses of "before" and "after" photos of the same woman. In some cases, the "after" photo was the same as the "before." In others, one of the woman's features was altered -- for example, the color of her hair or lipstick. 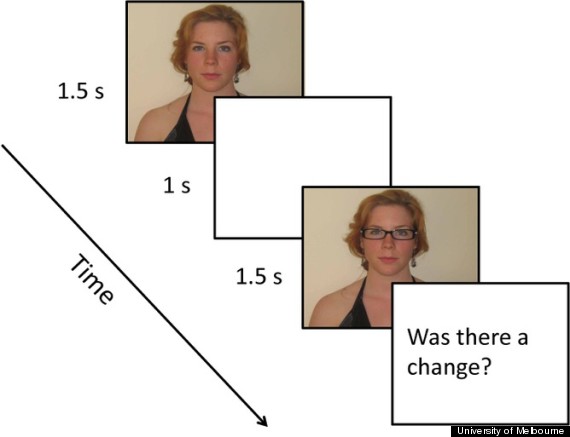 The men and women were asked whether the photos were the same or different. If they noticed a change, they were asked to identify the change from a list of options.

How good were they at noticing changes? Not bad! They picked up on the altered photos around 73 percent of the time. But in some of these trials, even though they detected a change, they could not pinpoint the difference.

“What people were doing was processing information that they couldn’t verbalize but were picking up on, often subconsciously,” Howe told The Guardian.

And that explains the feeling of ESP -- instead of having a "sixth sense," our sense of vision may detect a change in our environment or someone's appearance while we are not directly focusing our attention on it.

“It’s a bit like an abstract painting," Howe said. "It doesn’t depict anything you can label, such as a sea or mountain, but you can still get a lot of information on what’s going on."