Some books you just can't put down.

On Aug. 1, some 90,000 Jewish men and women will attend a celebration of one such tome -- the Talmud. Organizers bill the event as the largest party for Jewish learning in 2,000 years.

The Siyum HaShas is the completion of reading all six orders of the Babylonian Talmud, the compendium of Jewish oral law that was written down in the fourth and fifth centuries.

It's no small feat: The Talmud is 2,711 pages of coded Aramaic and Hebrew legalese with no vowels or punctuation.

In 1923, a Polish rabbi, Meir Shapiro, devised a system to encourage Jews all over the world to learn the Oral Law together. Called Daf Yomi (literally, "page of the day"). The informal program takes seven and a half years to complete.

On Aug. 2, 89 years after Rabbi Shapiro started the tradition, the 12th cycle of reading will come to a close; and on Aug. 3, the 13th cycle will begin.

The Siyum HaShas will take place at MetLife Stadium in East Rutherford, N.J., on Aug. 1, with smaller gatherings hosted elsewhere in the United States and Israel. According to the Jewish Press, there will be no live streaming of the event. However, live feeds will go out to more than 100 communities around the world.

This isn't the first gathering of tens of thousands of Orthodox Jews in an sports stadium this year. Sixty thousand gathered in May at CitiField in Queens, New York to raise awareness about the dangers of the Internet.

Siyum HaShas 2012: Why 90,000 Jews Will Gather In MetLife Stadium To Celebrate Reading The Talmud
Studying The Talmud 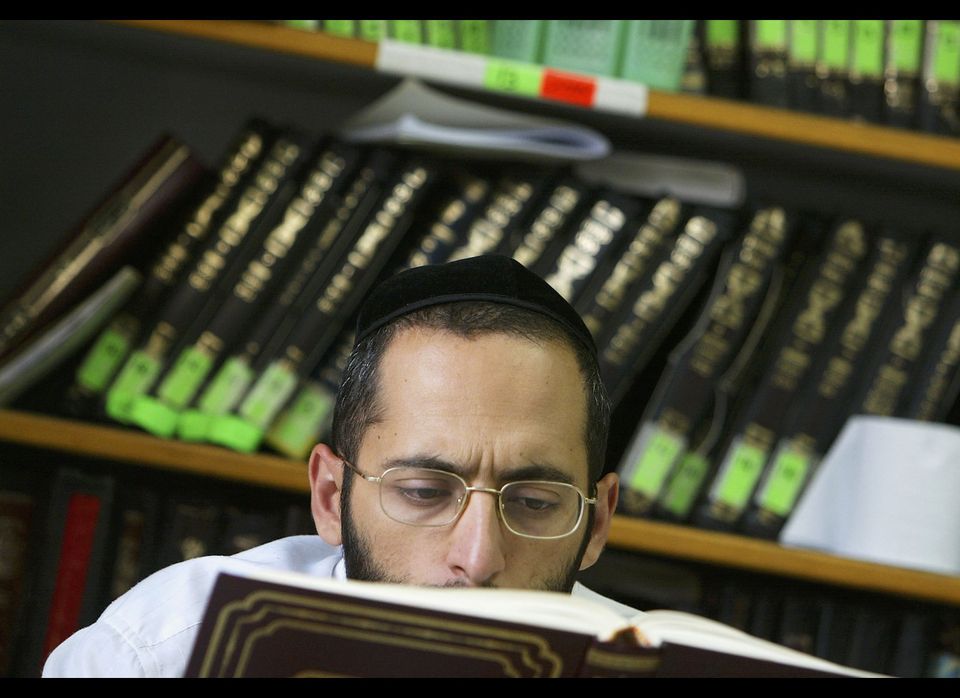