Skulls are everywhere on the street today. Here are a collection of Street Art pieces to mark The Day of the Dead, the commemoration of people who have passed is observed nation-wide in Mexico every year at this time. Although it is not a national holiday, the strictly religious and cultural observance is revered and, depending on the region, it varies in the ways in which the holiday is marked.

The cultural aspect of this holiday has inspired many artists, filmmakers and poets. Here we have selected images of Street Art culled from our library to mark the Dia de los Muertos, focusing on the most prominent symbol used to represent this holiday: "Las Calaveras" or skulls.

This religious and cultural holiday can be traced back 3000 years. Before the conquest of what's now modern Mexico in the pre-Hispanic era, the indigenous cultures celebrated death, rebirth and their ancestors by displaying human skulls as memento mori.

A longer version of this article can be found at Brooklyn Street Art. 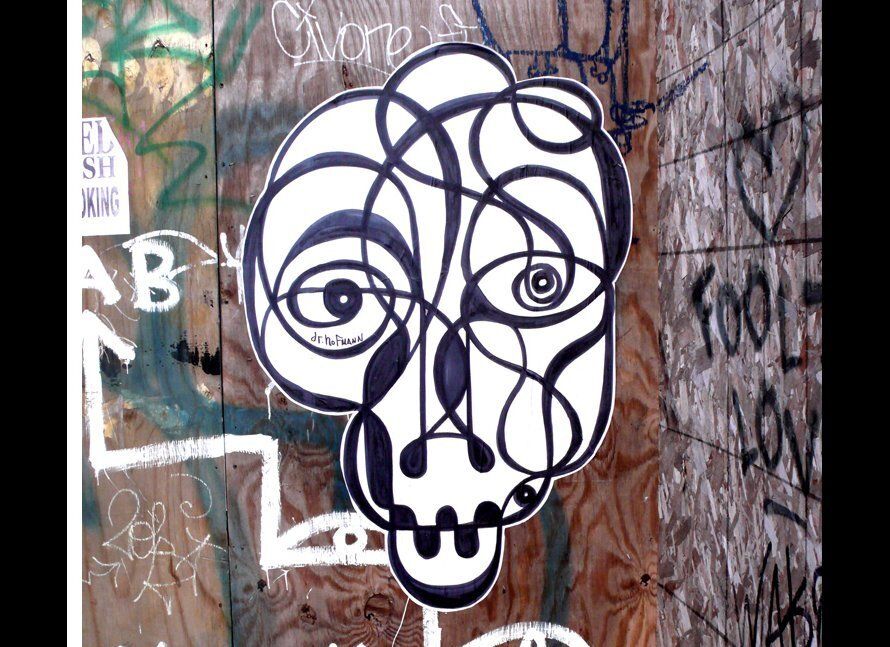