Archaeologists in Greece may be one step closer to solving the mystery of an elaborate tomb that dates back to the 4th Century B.C. and the reign of Alexander the Great.

The three-chamber tomb was discovered last August in Amphipolis, a region in the northeastern part of the country, and is believed to be the largest of its kind ever discovered in Greece.

Now archaeologists say that fragments of human bones found in the tomb's innermost chamber may help reveal who was buried inside. 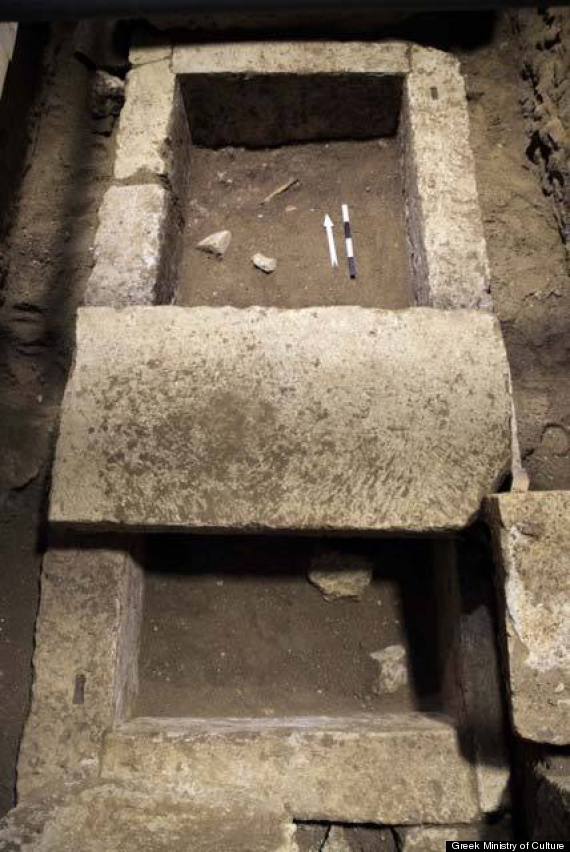 Fragments of bone and glass discovered in a burial vault beneath the floor of the tomb's innermost chamber.

"It's a very important find because it will help us learn the sex of the person buried there, and possibly their approximate age," Dr. Michalis Tiverios, a University of Thessaloniki archaeologist who was not involved in the excavation, told the Associated Press.

According to Reuters, the Greek Ministry of Culture issued a statement saying that the tomb "is probably the monument of a dead person who became a hero, meaning a mortal who was worshipped by society at that time... The deceased was a prominent person, since only this could explain the construction of this unique burial complex."

Some experts speculate that the tomb may have belonged to a relative or even a lover of Alexander the Great, who reigned over the kingdom of Macedonia from 336–323 B.C.

The excavation's chief archaeologist, Dr. Katerina Peristeri, believes the tomb belonged to a male general, BBC reported. Tiverios has suggested that it belonged to Nearchus, one of Alexander's senior officers.

The ministry plans a thorough analysis of the skeletal remains and is set to announce the results on Nov. 29.

Other artifacts found in the tomb include a floor-sized mosaic, frescoes, and two large marble female figurines known as Caryatids (see images below). 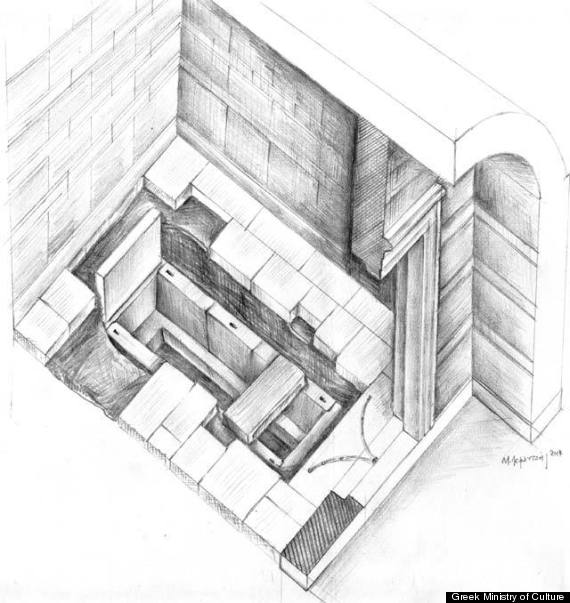 A sketch of the burial vault. 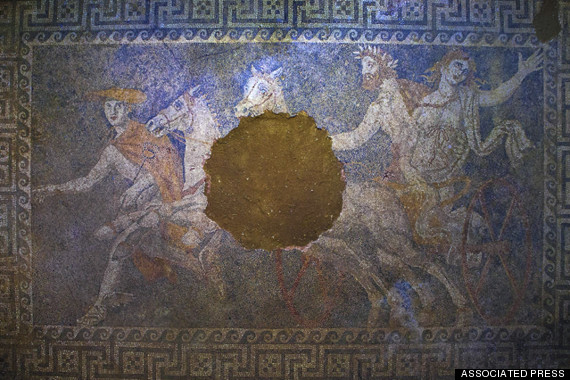 A large, damaged mosaic floor found in the tomb in October. 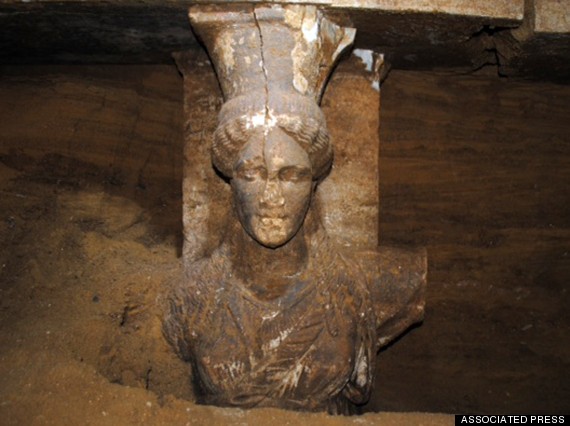 Female figurine found on a wall leading to the tomb's main room.