In July scientists believed they had finally made crucial progress in the controversial quest to find the skeleton of the Mona Lisa, known in her time as Lisa del Giocondo. But, alas, at a news conference last week researcher Silvano Vinceti announced that the recently exhumed skeleton, the fourth pulled so far from a former Ursuline convent, was yet again the wrong body.

An archaeology team has been on the hunt for the supposed model of Leonardo's 1506 masterpiece, yet according to Vinceti "the ledgers kept by the nuns of this convent tell us that, presumably, the remains exhumed today are those of Maria Del Riccio, a wealthy woman who (died) in 1609." (Lisa del Giocondo died in 1542.)

Nonetheless, Vinceti expressed hope that their hunt was getting warmer, and, since the convent's graves are buried atop each other, finding Mona Lisa's remains could be a matter of digging deeper. Once her body is extracted, scientists could attempt to reconstruct her face and compare it to the painting, although facial reconstruction is debatable in terms of accuracy. Even if the skeleton is proved to have been Leonardo's muse 500 years ago, we are confused as to the benefits of such a discovery.

In the meantime, the frantic hunt for the remains resembles more of a B-grade adventure movie than a scientific pursuit. University of North Carolina, Chapel Hill anthropologist Kristina Killgrove agreed, noting "Vinceti’s quest to dig up the 'real' Mona Lisa is not grounded in scientific research methodology."

Aside from raising eyebrows in terms of scientific validity, the search has also offended many based on its ethical implications, including Lisa del Giocondo's descendent Natalia Guicciardini Strozzi. The Italian princess told The Telegraph that the search for her bones was a "sacrilegious act." The princess then asked: "What difference would finding her remains make to the allure of Leonardo's painting?"

What do you think, readers? Would getting a glimpse at Mona Lisa's skeleton help you understand or appreciate the work? Or should Vinceti be stopped before he disinters another woman from her resting place?

View a slideshow of the hunt to reveal Mona Lisa's mysteries below: 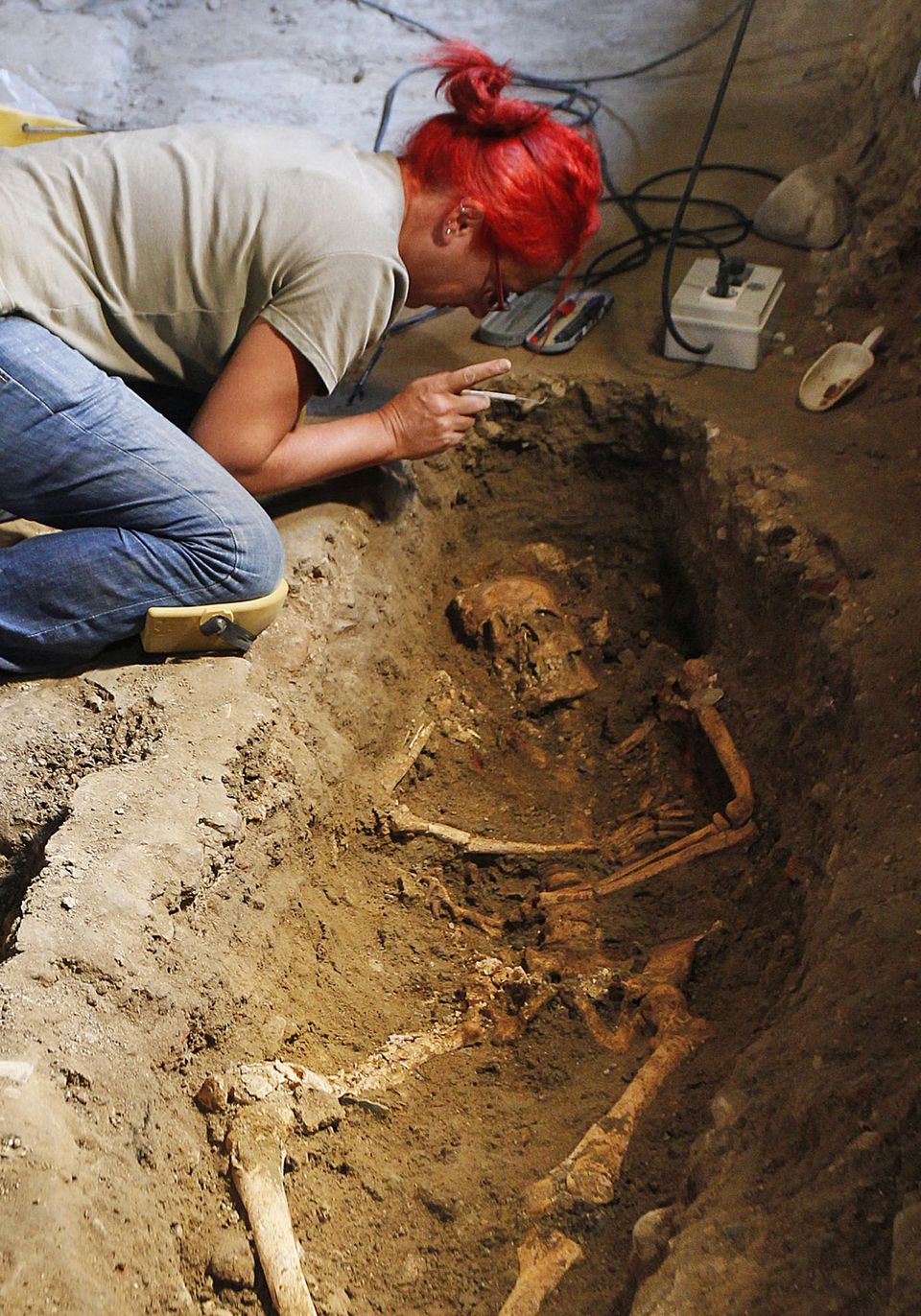 1 / 8
Silvia Gori
Researcher Silvia Gori works inside the Sant'Orsola monastery in Florence, Italy, Tuesday, July 24, 2012. Archeologists found a skeleton buried inside the monastery that could belong to Lisa Gherardini, the first model of Leonardo da Vinci's 'Mona Lisa' painting. Lisa Gherardini was the wife of a silk merchant called Francesco del Giocondo (in fact, Italians refer to the Mona Lisa as the Gioconda). According to art historian Giorgio Vasari, del Giocondo commissioned Leonardo to paint a portrait of his wife. Leonardo took about 15 years to complete what was to become one of the most famous paintings in the world. When her husband died, Lisa retired to the SantOrsola convent where she died age 63, on the 5th of July 1542. (AP Photo/Fabrizio Giovannozzi)
AP