Archaeologists have unearthed skeletal remains of eight people that may be the relatives of a medieval knight discovered under a parking lot last month in Scotland. The team uncovered one partial skeleton and seven complete skeletons, including one infant and an adult female.

The remains were all buried behind a wall in what may have been an ancient family burial crypt.

"This site just keeps getting more and more interesting, it is turning out to be a real treasure trove of archaeology," Ross Murray, a former student at the University of Edinburgh, said in a statement. "These new finds look likely to be the possible relations of the suspected Medieval knight we found earlier this year. The skull of the skeleton found immediately beneath the location of the knight looks like that of a female and the remains found on the other side of the ornate slab belong to an infant from the same period." [See Images of the Knight's Family Crypt]

Last month, archaeologists on hand at new building construction site unearthed a medieval skeleton under a parking lot in the Old Town of Edinburgh, Scotland. The skeleton was near a slab engraved with a Calvary cross and sword, markers of nobility. 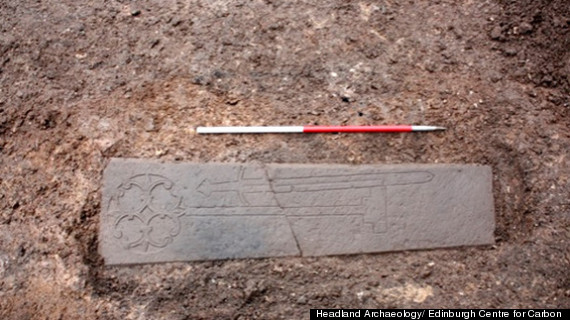 This carved slab, thought to be the headstone of a medieval knight, was found under a parking lot in Edinburgh. Now researchers say they have unearthed what may be the knight's family.

Archaeologists anticipated finding historic remains, because the site had once been a 13th-century Blackfriar's monastery.

"We always knew that the building retrofit might uncover historical artifacts — given the site's history — but this knight is an extraordinary and exciting find," said Andy Kerr, director of the Edinburgh Center for Carbon Innovation, which is undertaking the construction at the site, told LiveScience at the time.

Scientists still have to analyze the bones and teeth of the skeletons to determine how old they are and how they are all related.

During last month's excavations, archaeologists uncovered some of the ruins of the monastery, which was destroyed in the 16th century during the Protestant Reformation. In the 16th and 17th centuries, the site held two high schools.

And there may be even more skeletons yet to unearth, said the researchers, who plan to continue excavating at the site. 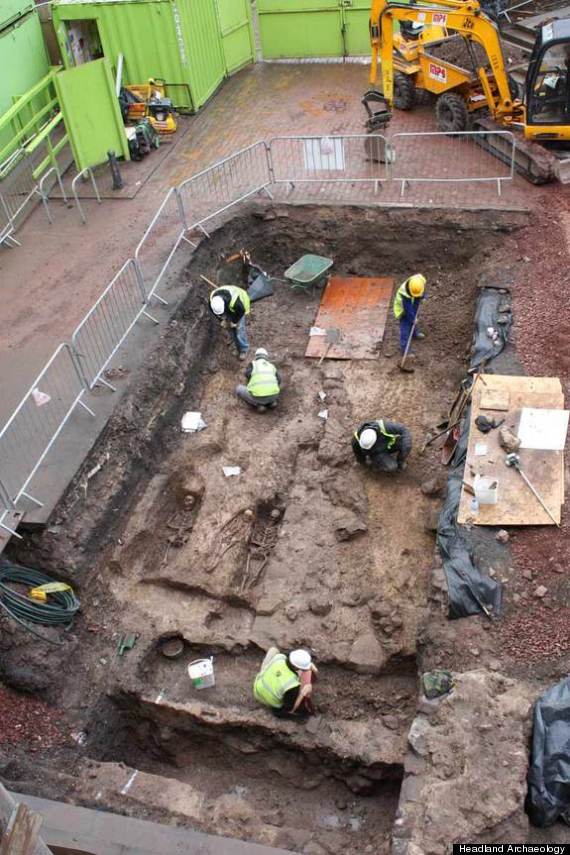 Parking lots have become rich veins for archaeological discoveries in England. A lost medieval church was buried under a parking lot and more recently, researchers unearthed the bones of King Richard III under a parking lot in Leicester, England, presumably buried there after the Battle of Bosworth Field during the War of the Roses. The notorious King's discovery has spurred passionate debate about who the man was and how King Richard's bones should finally be laid to rest.