It's that time of year. High school seniors are getting advice from teachers, friends and family to determine which college they will attend. For many, evaluating potential college choices involves the criteria, "Can I ski/snowboard while I'm there?" Many add, "... a lot?" to that question, which narrows the field considerably.

ESPN.com recently wrote an article entitled, The 10 best colleges in the U.S. for people who live to ski. The list of 10 was based upon schools that had the best access to good skiing and a community of people who shared the same passion. Ten is a small number, so we asked Liftopia's Facebook fans if there are colleges who should have made the list who didn't.

Based upon the responses, here's a handful of additional schools ideal for skiers, snowboarders, mountaineers and winter outdoor enthusiasts attempting to spend a lot of time on the slopes whilst obtaining an education.

University of Denver: Catering to both Nordic and Alpine skiers, the University of Denver not only addresses the athletic needs of skiers, but the scholarship levels, as well. In the beautiful Colorado countryside, you can train with confidence knowing that you are among some of the greats. In its history, the skiing program at the University of Denver has seen over 50 Olympians and multiple inductees into the National Ski Hall of Fame. Also food for thought: the average GPA of the ski team is about 3.4... The average of regular students (not in the ski program) is 3.2. So, you and your parents can also have the peace that comes with the fact that you are also getting a top-notch education at the same time.

Dartmouth College: The magic number of Dartmouth-affiliated athletes who have competed in the Winter Olympics since 1924 is 110. It's still safe to call Dartmouth's ski team a pipeline of Olympic talent. The 100-year-old program, the first of its kind in collegiate athletics, has sent 97 skiers to the Winter Games since the inception of the Winter Olympics. Dartmouth has won three NCAA titles since 1958 while competing against powerhouses like the University of Colorado and the University of Utah. It helps that Dartmouth is the northernmost Ivy League school, tucked away in southwestern New Hampshire on the banks of the Connecticut River along the Vermont-New Hampshire border. To steal a real estate phrase, it's all about location, location, location. With the Dartmouth Skiway 15 minutes up the road (shuttle service available) and many other Vermont and New Hampshire areas in striking distance, it is possible to log a lot of vertical in a semester. Plus, it hosts the granddaddy of all mid-winter bacchanals, The Dartmouth Winter Carnival. 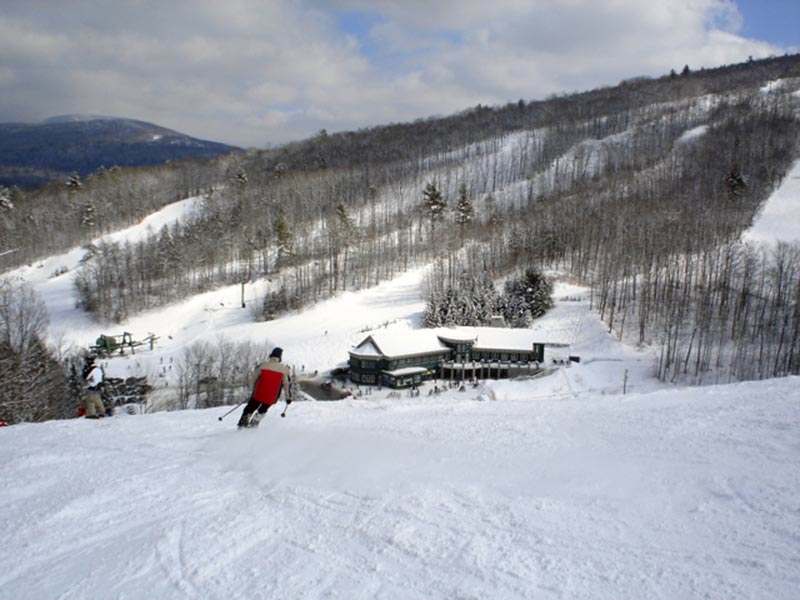 McGill University: An epic city location, reliable annual snowfall and ridiculously loose partying laws await the school-dedicated shreds of McGill, with a surprisingly robust snowboard scene for that caliber of a university. One of only two Canadian schools to have made Playboy Magazine's #1 Party School list lies surrounded by places to ride with Jay Peak, Stowe, Whiteface and Bolton Valley just across the border and Mont Tremblant, and Mont Saint-Sauveur a short drive away. For many McGill is by far the ideal choice for Eastern Canada.

Salt Lake City's Westminster's College: Apparently, Westminster's student body includes quite a few members of national ski and snowboard teams since the administration is willing to work with them to accommodate their competition schedules. The Winter at Westminster allows students to get four years' worth of vertical in one action-packed semester. College students from all over the country enroll at Westminster College as full-time visiting students. They earn 12-16 transferable credits while riding 70+ days at seven world-class resorts located within 30 minutes of campus. Billing itself as a "cool study abroad option," the winter-spring semester includes a full academic load, excursions to multiple Utah ski areas and backcountry hotspots, activities like avalanche safety certification and winter camping, as well as networking with ski industry nabobs and internship opportunities. Season passes to two areas included.

Plymouth State University: Ask any snowboarder, of any era, from any state in New England to name the most notorious shred college on the East Coast and you'd better prepare yourself for a wild, most likely illegal story involving the snowboard Mecca that is Plymouth State. The best park riding in New Hampshire is just down the road with Loon and Waterville essentially being PSU athletic facilities. Plus, close proximity to the mountains makes it almost impossible not to take part in the vast snowboard community that lies at the core of the PSU student body, many of which keep the vibe going year-round. In short, many claim that Plymouth State is home to the most dedicated and historic community of collegiate shreds on the East Coast. If you're looking to ride every day and party every night this is the place you should be considering. Nearby Resorts include: Tenney Mountain (15 mins), Loon Mountain (30 mins), Cannon (30 mins), Waterville Valley (35 mins), Ragged Mountain (40 mins), Pats Peak (1 hour).

There are so many great schools it's impossible to cover them all. Did we leave out your alma mater? Share in the comments section below which schools you'd like to see added to this list.