William Bailey's current exhibition at the Betty Cuningham Gallery in Chelsea covers a lot of ground. Although it emphasizes recent paintings created both in the U.S. and in Umbria, it also includes works made in 1963 and 1977. Examples of Bailey's methodically burnished still-life paintings are on view alongside his serenely elegant figure paintings.

In all the works on display are traces of what writer Mark Strand characterizes as a dreamlike, almost theatrical rationality. I recently spoke with William Bailey and asked him about his work and about his observation that representational painting is now flourishing in the studios of a new generation of artists. 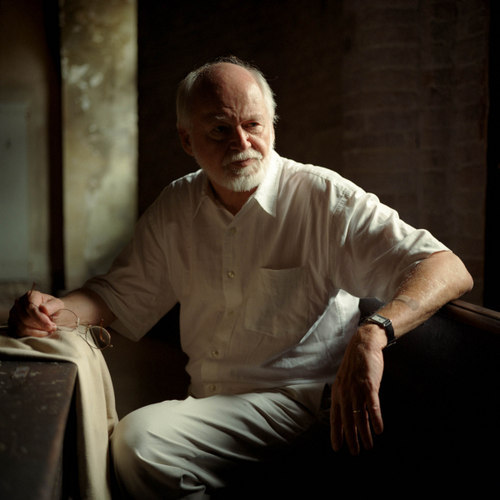 When I look at your paintings I see skill and subtlety. Am I right in calling those things central to your work?

As far as skill goes, one always hopes to acquire the skills that are needed to do what one wants to do. What I mean to say is that skill is not a free-flowing, free-floating issue in my work -- if that makes any sense. 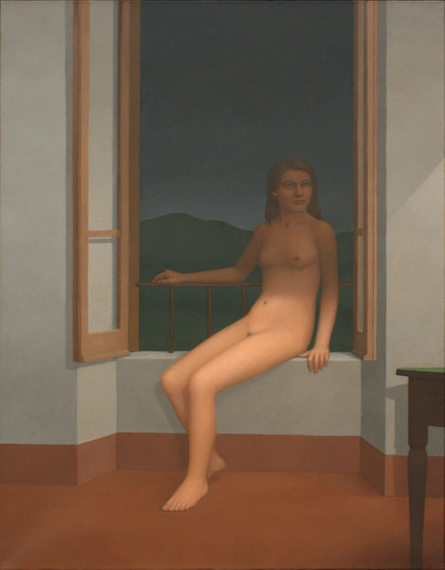 It certainly does. You have been painting and exhibiting your work for over 60 years now, so you have been building your skills for a long time.

In regards to subtlety, I think again you are either subtle or you aren't...

I think subtlety has to do with a way of seeing and what you value in what you see. I suppose from the outside in relation to a lot of work that goes on I might be seen as seeking subtlety and that is fine with me. 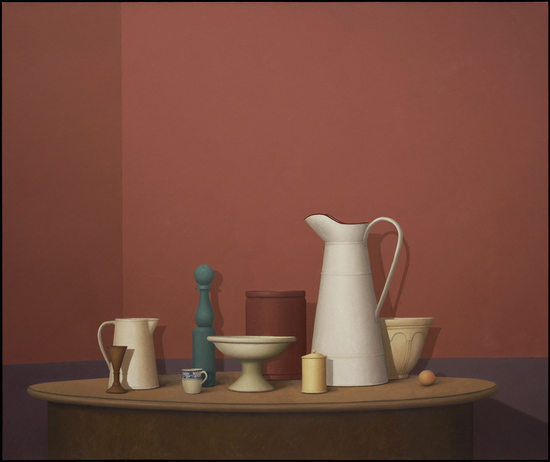 The painter James Doolin -- whose work was highly refined, rather like yours -- once told me when I was inspecting one of his canvases: That is how I see the world. In other words his paintings reflected a very personal way of seeing. You seem to work the same way.

I would agree with that. That is well put.

However, you can't see everything subtly. What I mean to say is this: unless you have a very strong structural basis, subtlety can become merely wishy-washy. 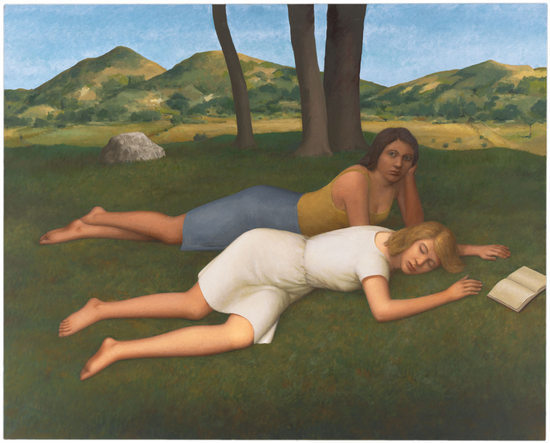 So a strong structural basis is something you strive for early in the development of each work?

So your work has its basis in drawing? In form?

I would say in drawing. I think some people come to painting through drawing and others through a sense of area and color and of shape. For me drawing was the earliest and most important contributor to my work. 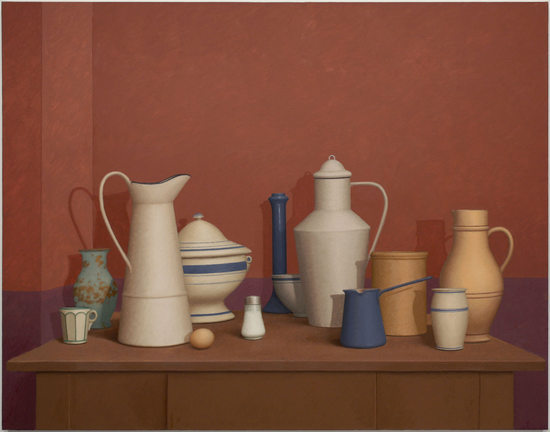 In the show at Betty Cuningham Gallery you are exhibiting both recent figure and earlier still life paintings. Is it fair to say you move effortlessly between the different kinds of subject matter? Do you handle them with the same sensibility?

(Laughing) Nothing is effortless.

Both the still lifes and the figure paintings come from my imagination. They are not done from life: they are done from memory and images in my head. So since they both have their origins in the same place its not that hard to switch from one to the other. 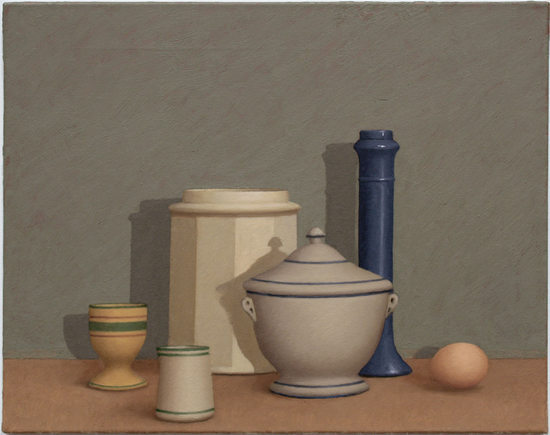 Coming from memory gives you a lot of latitude in the way you treat things.

It does indeed. It is probably the reason I work the way I do.

When someone visits your current show how do you hope they will respond to your work?

The most important thing is for them to take time to let the paintings unfold. That holds true of both the figure paintings and the still lifes.

The other thing I hope they will recognize is that my paintings seek a kind of silence. If you are looking for something that jumps around you won't find it. That is simply the character of the work. Also, people should understand that these are not meant to be realist paintings. They are about imagery. 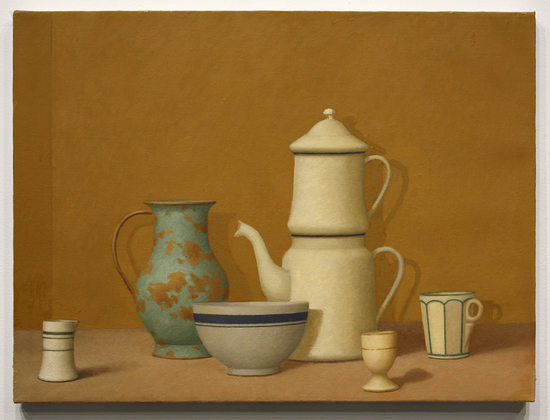 Are there any current artists that you feel a strong connection to?

There are a number of artists that I am admire -- I'm not connected to many -- they are all over the place. Right now what I would say about what goes on outside of my own work is I notice that there are more young painters than there have been in my memory. And there is more good figurative painting going on than I can remember.

Its odd that this is the case at a time when painting is being viewed more and more as a kind of niche activity. There is very little recognition among the museum curators and the galleries. So what I see is not reflected so much in the galleries as in the studios. It is a remarkable time because there is a culture of young artists who are surviving somehow without the recognition of the larger art world. 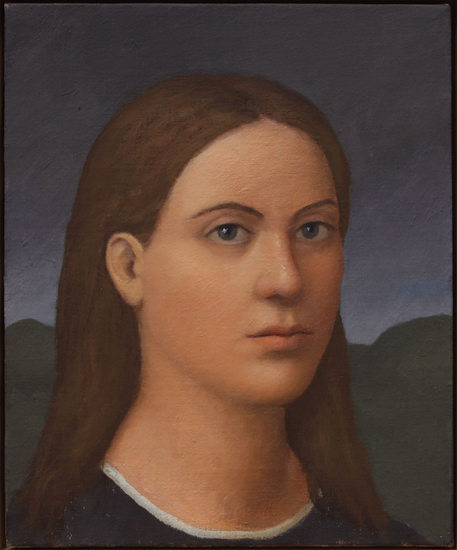 There does seem to be a groundswell of interest in representational painters, and the internet seems to be playing an important role.

I think that may be one of the things that holds things together for the young painters that I referred to before: the fact that they can be in communication with one another and with writers. It has built a community. Of course I'm not involved in that - I have very little use for computers -- but I do think they are important in this way. 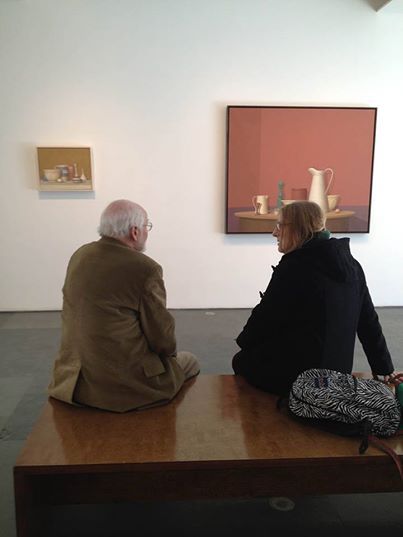 Yes, I actually found out about your show when a Facebook friend -- the painter Camilla Fallon -- posted a photo of herself chatting with you at the exhibition.

Aha! Well there you are!