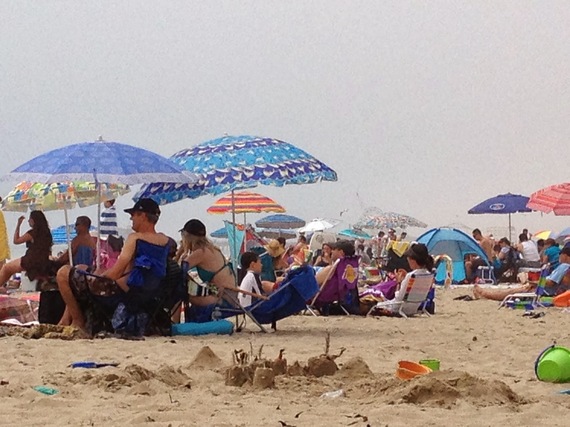 I was careless with my skin as a teen and now I'm terrified of getting skin cancer like my father.

Even though my fair, Irish skin would freckle and burn it didn't stop me from trying to achieve that golden glow featured in glossy magazine ads for Hawaiian Tropic and Bain de Soleil. I envied my girlfriends who tanned so easily and were burnished and brown after just one afternoon at the pool or the tennis court.

My mom brought what we used to call "suntan lotion" on family vacations. The smell of Coppertone still takes me back to Hampton Beach on the New England shore. In fact, those Coppertone billboards with a little dog pulling down a blond, pigtailed girl's swimsuit bottoms were a staple of my childhood. Still, my mother was nowhere near the sunscreen police that I became with my kids. They're fair like me -- a blonde and a redhead -- and I slathered them with SPF 50 practically from the moment they were born. I knew my vigilance had paid off when I saw the Post-it note on my son's door in college reminding himself to wear sunscreen before leaving his apartment.

Our family has a serious cautionary tale. My father suffered an enormous amount of sun damage, including both basal and squamous cell carcinoma. He had numerous disfiguring surgeries on his face and scalp, which required plastic surgery and skin grafting to repair. He was permanently scarred afterward which he joked about, but it traumatized me.

I pray my dad's skin cancer and invasive procedures aren't in my future, but I've already had a number of pre-cancerous growths frozen off and one biopsy -- thankfully benign -- that required stitches. 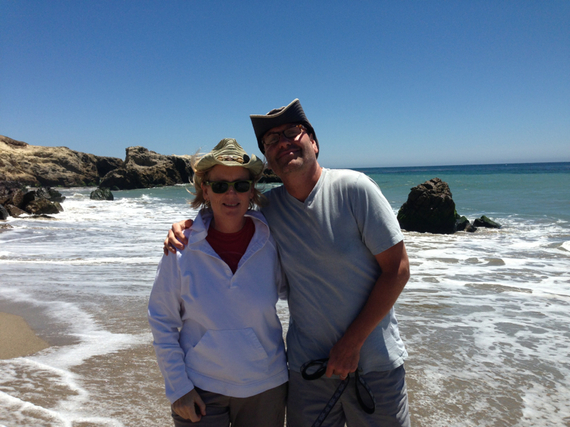 We know that one bad, blistering sunburn early in life increases our chance of developing skin cancer, so every time a new bump pops up somewhere I panic that it may be "the one" and run to the dermatologist for a consult. I recently had two pre-cancerous lesions called Actinic Keratosis removed from my face using cryotherapy and have also received photodynamic, or blue light, therapy, to destroy precancerous cells on my chest. I have little white scars on my arms where other bumps have been frozen.

The worst sunburn I ever had was on a hot but overcast day when I was in college. The sun wasn't really out, but it got me anyway as I floated around a pool with a girlfriend on a silver reflecting raft. Of course she was brown at the end of the day. I was a lobster and suffered from sunstroke. I was so sick I saw spots and could barely walk. I staggered into bed where I spent the next two days layered in cold, wet towels.

Lesson learned. That was my last really stupid sun stunt, but it wasn't my first. As a teen, I bought a sunlamp bulb at the hardware store and tried "tanning" in my own basement. That was around the same time I had my first experience with QT. It was one of the first overnight self-tanners and promised a "quick tan." I was mortified when it left much of my body and the palms of my hands a garish shade of orange. And never mind what the Sun-In lightener did to my hair!

My friends and I covered double album covers with aluminum foil and held them as reflectors while we sunned ourselves on the roof of the dorm. And then there was the baby oil and the SPF 4 coconut tanning gel, which led to painful blisters. To soothe my burns I invested as much in Solarcaine and aloe as I did in all the other products that lured me in with dreams of the perfect suntan.

Today, I'm meticulous when it comes to my skin. Each morning, I slather on a moisturizer with sunscreen. You won't catch me at the beach without at least an SPF 30 and I always wear a hat, even when taking the dog out for a quick walk. 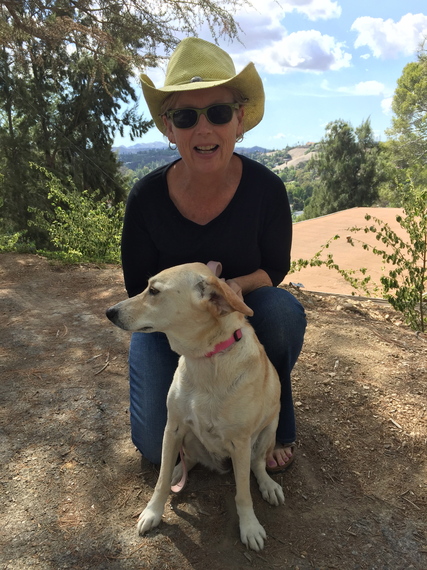 I've got some reminders of my carelessness earlier in life. If I hadn't been so foolish, maybe I'd have fewer lines on my face and a few less discolored spots where the precancerous lesions were removed. But mostly I've made peace with the skin I was born with. Just like I accept that I'll never be willowy-tall and model-thin with long thick hair, I accept that -- unless all my freckles eventually grow together -- I'll never have a golden, Malibu Barbie tan.