Wearing skirts and dresses over pants is officially making a comeback, and the look is perfectly suited for all the indecisive folks out there.

One thing we love about this trend is that it’s a perfect mix between traditionally masculine and feminine styles. It’s like the fashion equivalent of having your cake and eating it, too: You don’t have to decide between a dress and pants because you can just wear both. As gender lines in fashion are becoming increasingly blurred, it seems like a good time to give this trend a go.

Of course, wearing a skirt or dress over pants isn’t a new thing. In traditional Indian dressing, men and women wear a kurta or kurti (a long, tunic-like top) over matching trousers and even jeans, for example. In Vietnam, they have the áo dài, a long gown also worn with trousers.

In the U.S. in the 1800s, the style made its way into everyday life by way of bloomers, loose pants worn under tunics and dresses that allowed women more freedom of mobility than the restrictive dresses and petticoats of the time. Into the 20th century, some women were wearing hostess pajamas or hostess gowns, which often consisted of some type of robe-like top layered over a pair of trousers. The ensemble was meant to be worn inside the house. Stars like Lucille Ball and Ginger Rogers were fans.

Wearing pants under skirts and dresses was also quite popular in the ’90s and early ’00s, and has crept up on red carpets and runways over the years (Emma Watson’s 2014 Golden Globes ensemble is a good example).

For whatever reason, it seems to be sticking this time around. We saw the layered look on both spring and fall 2019 runways, including at Jil Sander, Schiaparelli and Alexander McQueen. The look also seems to be a go-to for street style stars and celebrities ― Jennifer Connelly and Julia Roberts are two recent examples ― looking to step outside the box.

The key to rocking this trend in real life, according to Toronto-based stylist Nadia Pizzimenti, is to play around with contrast. She suggested pairing a feminine frock with straight-leg jeans, for example, or layering different hemlines, like a long boyfriend blazer paired with a midi skirt over jeans.

“It’s also important to let the dress be the star of the show,” she added, noting that “accessories should be minimal in style and shape.”

If you’re looking to ease into the trend, Amber Watkins, a stylist also based in Toronto, said shirt dresses work particularly well, as “you can opt to undo the bottom few buttons to show a little more pant.” She also suggested starting with pants that are fitted, especially if you’re new to the trend. Pizzimenti agreed, saying fitted pants will keep an outfit from looking too bulky.

Of course, those tips are just a starting point. There are so many ways to rock this trend. Scroll through the images below for a little inspiration.

How to get it:

The 7 Biggest Shoe Trends You'll Be Seeing Everywhere This Spring

The 12 Fashion Trends You'll Be Seeing Everywhere Next Year 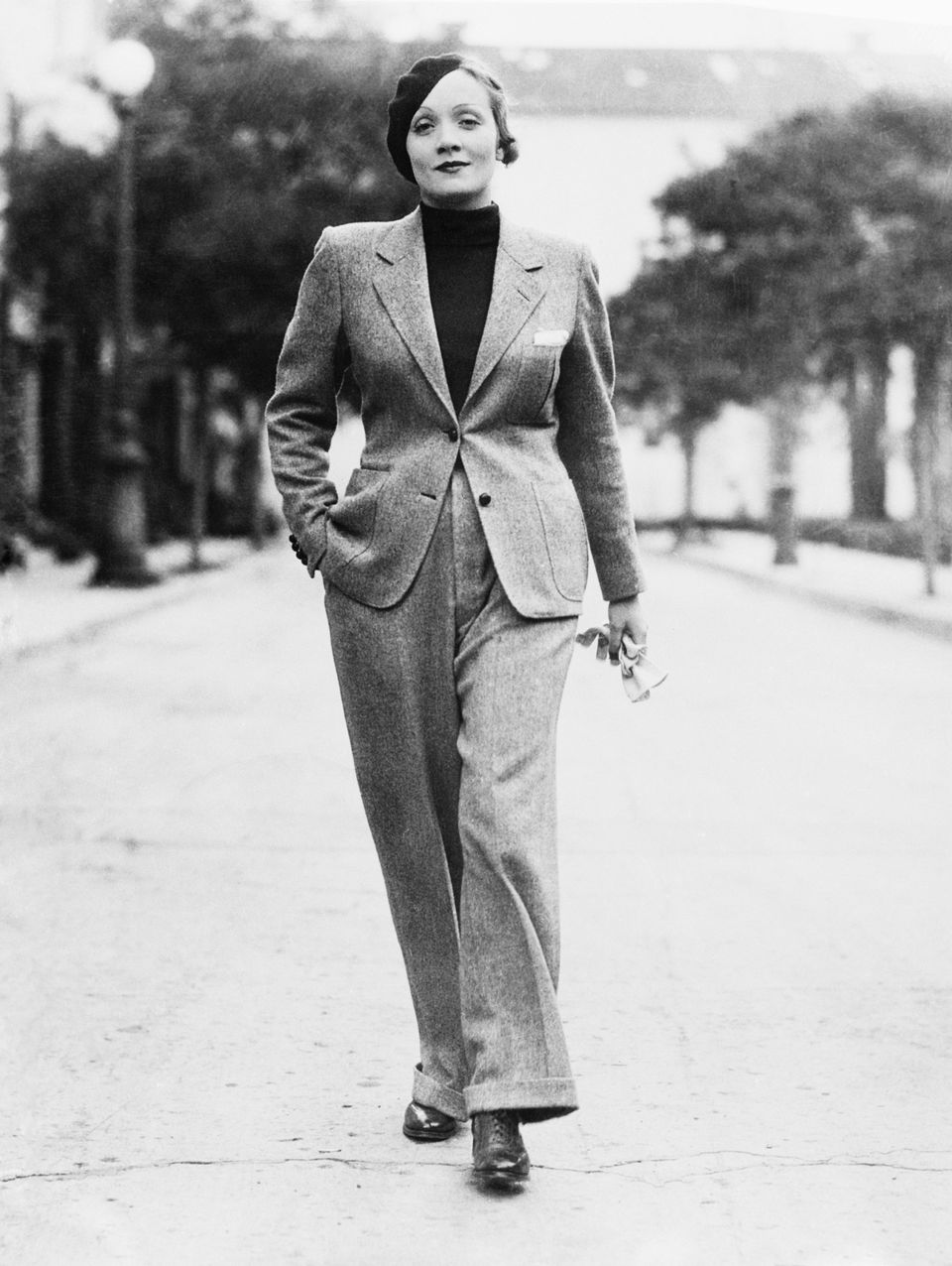