Beekeepers in one Chicago suburb scored a victory Monday night after defeating an attempt to ban all backyard beekeeping within the village.

More than thirty experts, ranging from a doctor to a 92-year-old beekeeper, turned out to present information that ultimately helped turn the tide in favor of the beekeepers. According to Skokie Patch, Trustee Randall Roberts said he came to the meeting prepared to vote against the ban but changed his mind after beekeeping supporters educated him.

"I'm hoping to regulate this so we can keep our neighbors safe and also permit backyard beekeeping," Roberts said.

Despite the disappearance of crop-pollinating honeybees that has alarmed everyone from backyard beekeeping hobbyists to the Environmental Protection Agency, the village of Skokie's health director and two residents had sought to ban backyard hives.

"Nothing changed, but now they're saying bees are illegal," said beekeeper and Skokie resident Theo Watanabe, 60, in a Monday phone interview with HuffPost.

Watanabe's neighbors, Linn and Myles Ullenbrauck, were the lone residents in favor of the ban. "The fact I have a son who’s allergic frightens the hell out of me," Myles Ullebrauck said.

Beekeeping supporters, however, argued beekeeping poses no more of a risk than having a swimming pool, a trampoline or a dog, ABC Chicago reports.

The village board ultimately agreed on a compromise to regulate backyard beekeeping rather than ban it outright. Evelyn Shavitz, a 92-year-old Skokie beekeeper, welcomed the compromise.

"They’re frightened for their kids," Shavitz said of the Ullenbraucks. "Let’s work with them too and not harass them. And not just say we have to have our bees. We have to have sympathy for them, let’s see if we can educate them on bees."

According to the originally proposed amendment:

"No person shall keep, harbor or maintain any species which may endanger the safety of persons or property. This includes species, other than commonly recognized domestic pets, which may harm or injure humans by injection of toxins, by stinging, by constriction or suffocation, or by vicious biting or mauling, it is no defense to of this subsection that the keeper of such species prohibited herin has attempted to domesticate such species. This subsection does not apply to species displayed or harbored under the auspices of a government agency."

Watanabe said she and fellow beekeepers support regulations, but criticized the language in the amendment as too broad: "They think bees are dangerous and are lumping them into all the other animals like wasps."

“The average lot dimensions in Skokie are simply too small to guarantee the safety of those nearby,” Village Manager Al Rigoni said in a previous report on the matter, according to the Chicago Sun-Times. “Certainly, this is an activity which can cause harm to human beings and domestic pets and can have devastating consequences if a child or adult who lives nearby is allergic to the bee sting."

Sydney Barton, who teaches beekeeping at the Chicago Honey Co-op, says there's a "misconception" about the foraging habits of honeybees that leads many to see the animals as dangerous.

"People assume honeybees will be spending all their times in people's backyards," Barton told HuffPost. "When they're out foraging, they're not interested in people. Not their food, their cans of Coke, in any of that. They're concentrating on collecting nectar and pollen. Most people's backyards don't have the concentration of pollen in their backyards to be of interest to bees."

Acknowledging the dangers bees can pose to people with serious allergies, Barton maintained proper beekeeping is safe. What's more, interest in the practice is booming, making Skokie officials' support of a ban all the more surprising.

"Since Colony Collapse Disorder (CCD) first became a newsworthy thing, we've had a steady increase in people interested in beekeeping, particularly in the past two to three years."

In a USDA report on CCD earlier this year, USDA scientist Jeff Pettis said, "We are one poor weather event or high winter bee loss away from a pollination disaster.”

Nearly three-quarters of the 100 crop species responsible for providing 90 percent of food worldwide are dependent on bee pollination, according to estimates from a UN report.

"Why is Skokie bucking the trend when every other city is trying to promote it?" Watanabe said. "Look at huge municipalities, Chicago, NYC, Toyko, London that are all welcoming beekeeping. Skokie is trying to be a town of tolerance and diversity and it's not acting like it." 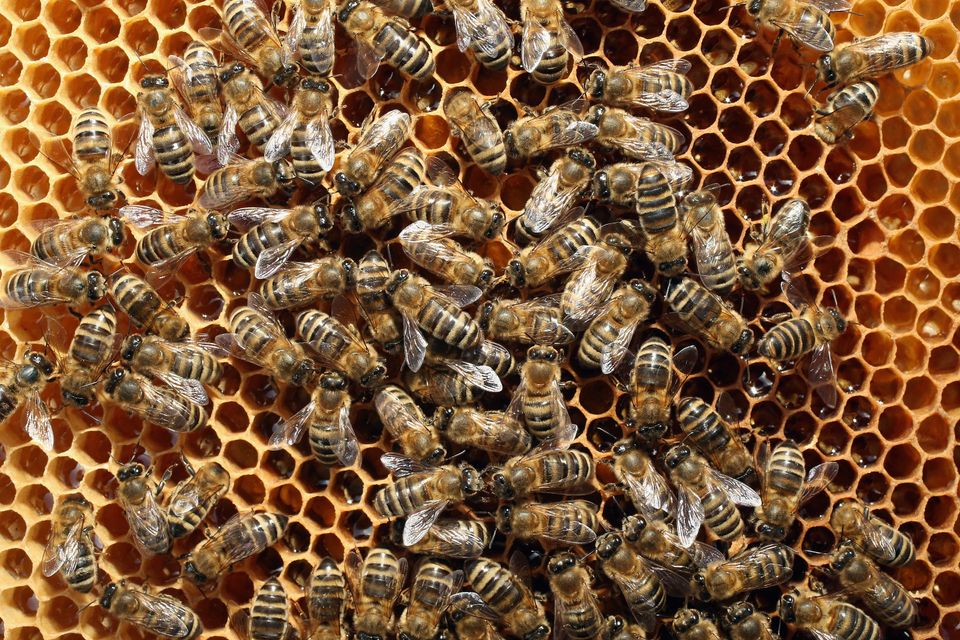