A skull unearthed in Australia may belong to the first white man to set foot on the continent -- and it's not who historians might expect.

The skull was found in Taree, a town about 200 miles north of Sydney, in November 2011 by local police, who expected to carry out a murder investigation on the remains. But archaeologists who examined the skull subsequently have said it may be that of a white man born around 1650.

If that's correct, the finding suggests that Captain James Cook may not have been the first white man to reach the continent. Cook, an Englishman, has long been believed to have reached the eastern coast of Australia in 1770, aboard the ship "Endeavour."

What did researchers assume they would find while dating the newly discovered skull? "We were expecting a recent death so we were surprised and intrigued with the possibilities," Dr. Stewart Fallon, a researcher with Australian National University told The Huffington Post. "They sent the skull to us in April 2013 and we carbon-14 dated a bit of the skull bone and a bit of tooth enamel." 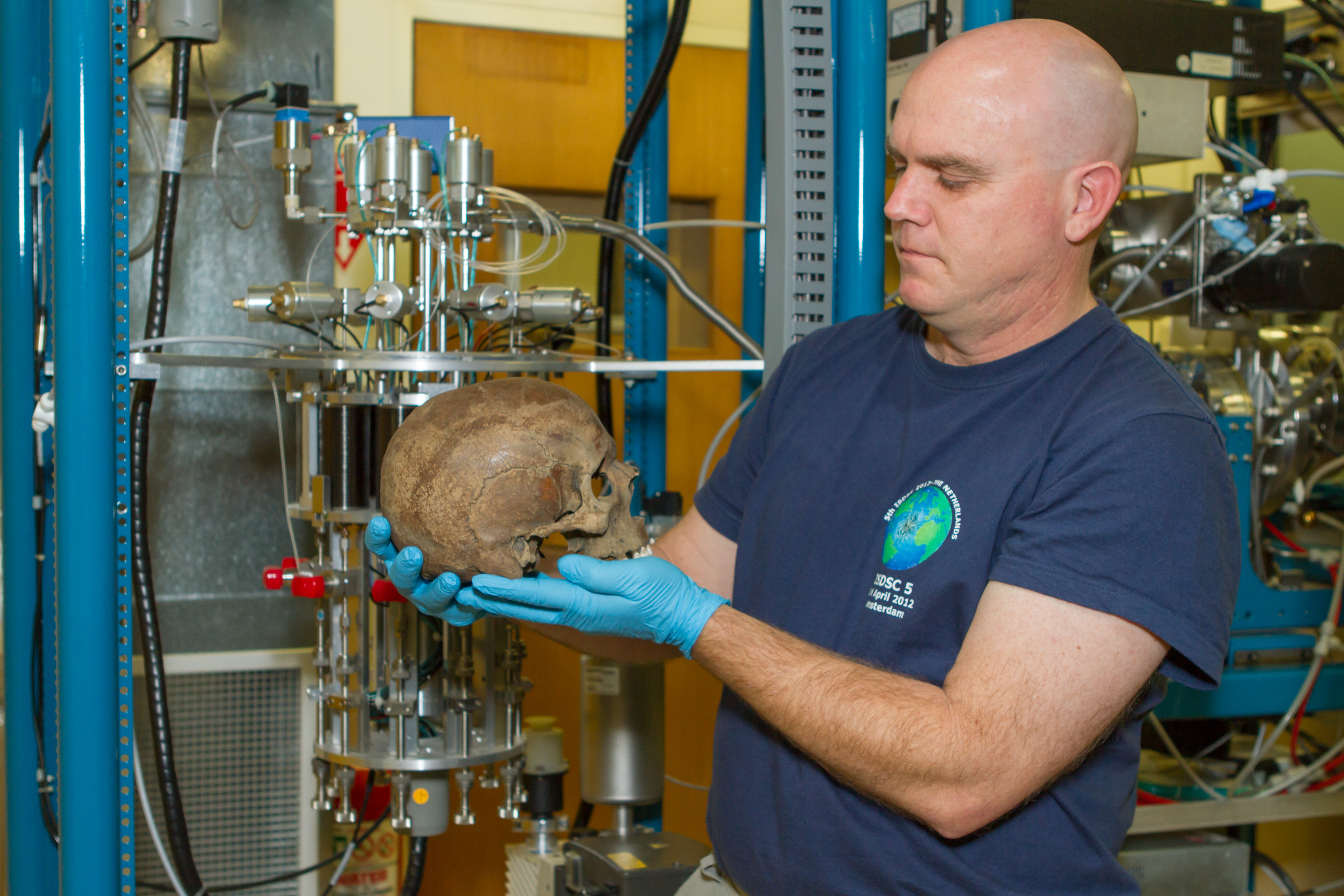 Radiocarbon dating, or 'carbon dating' is a means of determining the age of organic materials using the decay of carbon-14, a radioactive isotope of the element. By measuring the radioactive emissions from matter that was once alive and comparing its activity with currently living matter, a measurement of the elapsed time can be made.

Carbon-14 is produced in the upper atmosphere by neutrons from cosmic rays -- but it's not always constant. It depends on the earth's magnetic field, sun spots, solar flares, and other cosmic events.

"The last few hundred years saw quite a bit of activity and this results in this sample having two possible age ranges," Dr. Fallon said.

Cassie Mercer, an Australian historical researcher, told The Telegraph: "If the skull does pre-date British settlement, it may be a tragic yet fascinating clue to the little-known history of early interactions between First Australians and the outside world."

Captain Cook, who is remembered for making the first recorded European contact with the eastern coastline of Australia, died in 1779. But Captain Cook may not lose his record just yet.

"Before we rewrite the history of European settlement we have to consider a number of issues, particularly the circumstances of the discovery," archaeologist Adam Ford told the Telegraph. Ford pointed out that because the skull was found alone in good condition, it could be part of a private collection of relics.