Feeling a little off your game today? How about a nice hole in your skull?

University of California researchers have found compelling new evidence that ancient Peruvian healers practiced a primitive form of cranial surgery more than 1,000 years ago. Known as trepanning or trepanation, the procedure involved removing a small piece of the patient's skull. It was used to treat health issues ranging from head injuries to heartsickness. Healers used various tools and techniques in their surgery, including scraping and cutting implements and hand-operated drills.

"When you get a knock on the head that causes your brain to swell dangerously, or you have some kind of neurological, spiritual or psychosomatic illness, drilling a hole in the head becomes a reasonable thing to do,” UC Santa Barbara bioarchaeologist Danielle Kurin said in a written statement.

Kurin focused on five prehistoric sites in the south-central highlands of Andahuaylas, Peru, according to an article describing her research. Thirty-two skulls collected at the sites had the tell-tale markings of trepanation. Radiocarbon dating placed the skulls between the years 1000 and 1250. 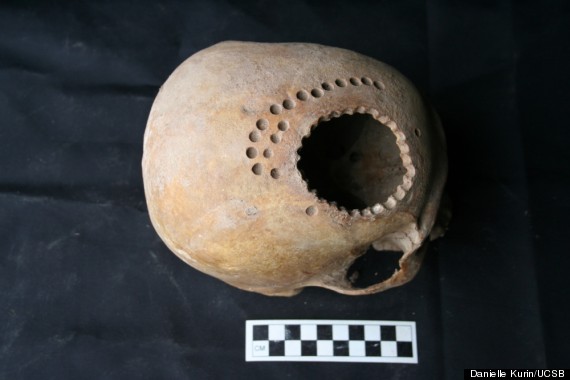 The researchers recorded how various practitioners of the procedure tried out different methods across the region, with varying levels of success. According to the study's abstract, "Scraping trepanations evinced the highest survival rate; circular grooving, drilling and boring, and linear cutting were far less successful."

Researchers also found evidence of postmortem trepanations. But amazingly, many patients apparently survived having a hole drilled into their skulls, according to Kurin.

“The idea with this surgery is to go all the way through the bone, but not touch the brain. That takes incredible skill and practice," she said in the statement. "So you can imagine a guy in his prehistoric Peruvian medical school practicing with his hand drill to know how many times he needs to turn it to nimbly and accurately penetrate the thickness of a skull.” 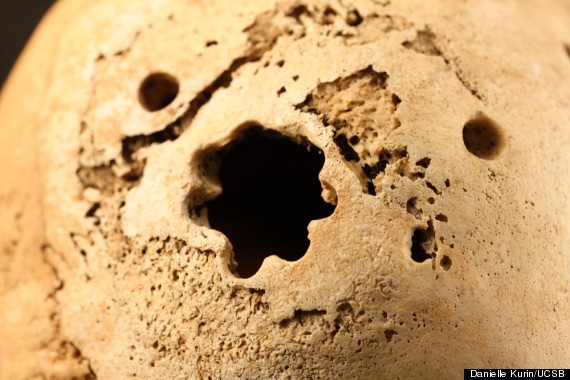 In this skull, several trepanation holes were drilled over an area of mottled, inflamed bone. The surgery may have been done to alleviate pain resulting from a serious infection.

Andrushko noted that the healers appeared to have sophisticated knowledge of which areas of the skull to avoid cutting into -- for example, areas that could result in brain injury or heavy bleeding -- and were up to 90 percent successful by the 1400s. 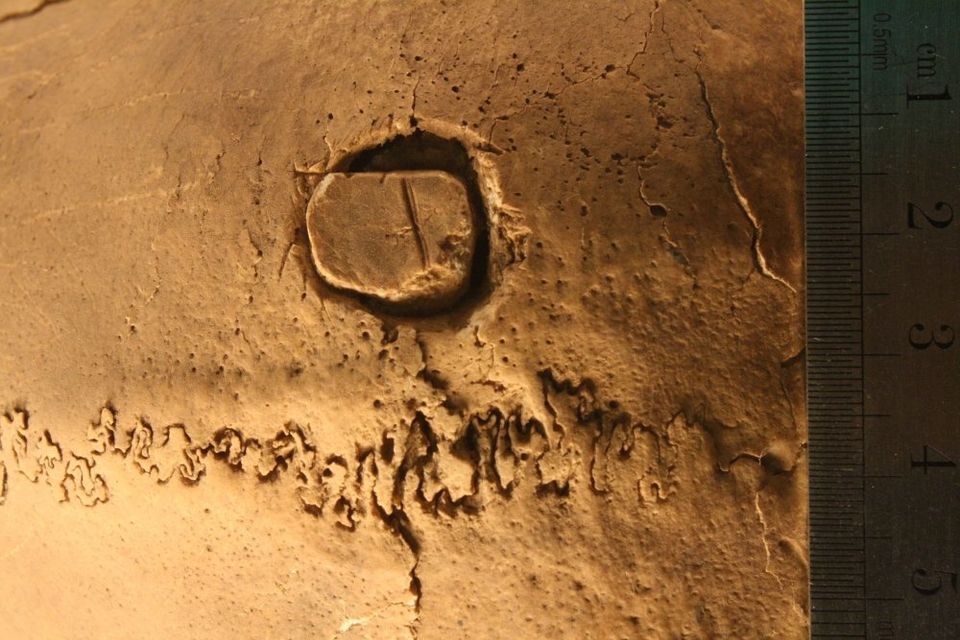 1 / 6
1,000-Year-Old Cranial Surgery
A cutting method was employed for this incomplete trepanation. The patient died before the bone plug could be removed successfully. (Danielle Kurin/<a href="http://www.news.ucsb.edu/2013/013852/ancient-cranial-surgery">UCSB</a>)
Danielle Kurin/UCSB

Signs Of Cranial Surgery Seen In Peruvian Skulls Dating Back 1,000 Years (PHOTOS)
The Brain As Art