Perhaps more than most entrepreneurs, the Platt family knows a thing or two about bouncing back. In 2004, Rick Platt used $2 million to recruit athletes and build a 17,000-square-foot arena in Las Vegas to make his sport Sky Zone a reality. The elaborate design involved trampolines, spinning hoops and acrobatics. It fizzled out. But the venue became popular among local skateboarders who wanted to bounce for themselves, and that sparked a new idea -- open trampoline parks for the general public.

After some renewed interest, Rick’s son Jeff eventually opened a second site in St. Louis in 2006, and since then business has been booming Bloomberg BusinessWeek reports. The initial flop has roared back into profits and a growing number of locations.

From only one site in 2004 and 2005, Sky Zone made its biggest jump in locations between 2010 and 2011, growing from six to 14. Today, the company has 18 locations across the United States, with a strong projection of 38 sites operating by the end of 2012. Among these new locations are four Sky Zones in California, two in Ohio, two in Texas and several throughout the South and Midwest. Revenue has also grown substantially from $412,000 during its opening year in 2004 to nearly $16 million in 2011, according to the company. Sky Zone has a full-time staff of 50 and 500 part-time employees.

On its website, Sky Zone emphasizes franchising a location to “leap into the future with an amazingly appealing and dynamic concept." Results across America have shown that Sky Zone seems to be catching on with all ages.

In Grimes, Iowa, a Sky Zone location is constantly filled with dozens of people looking to play arial variations of dodgeball and basketball according to the Des Moines Register. Three high schools have even scheduled their post-prom parties at the facility. In Indianapolis, “Skyrobics” classes have adults breaking a sweat, to the tune of up to 1,000 calories per hour according to USA Today. In South Bay, California, birthday parties and the expansive spin on their old trampoline connotations and nostalgia drive customer interest in Sky Zone. The Contra Costa Times notes that the supervision and safety measures taken by Sky Zone keep parents at ease that their child won’t end up as one of the 100,000 people that are sent to the emergency room yearly with injuries sustained from trampoline use.

Sky Zone hopes that through diversifying the activities available and interacting with fans and customers plastering YouTube and social media with evidence of the fun they will be able to keep their revival running. With high costs for construction -- to the tune of $1.1 to $1.5 million -- and a sizable demand for real estate space, it may hard to court some investors or franchisees however.

For Jeff Platt, it comes down to ensuring a customer experience that people want to relive. “As you grow a business and get different operators and franchisees, everyone has a different management and training style,” Platt told Bloomberg BusinessWeek. “It’s critically important to maintain consistency as you grow a brand, so we want to get our training the exact same way at every location. Your competitors can adopt what you have created and do similar marketing, but they can’t clone your people.” 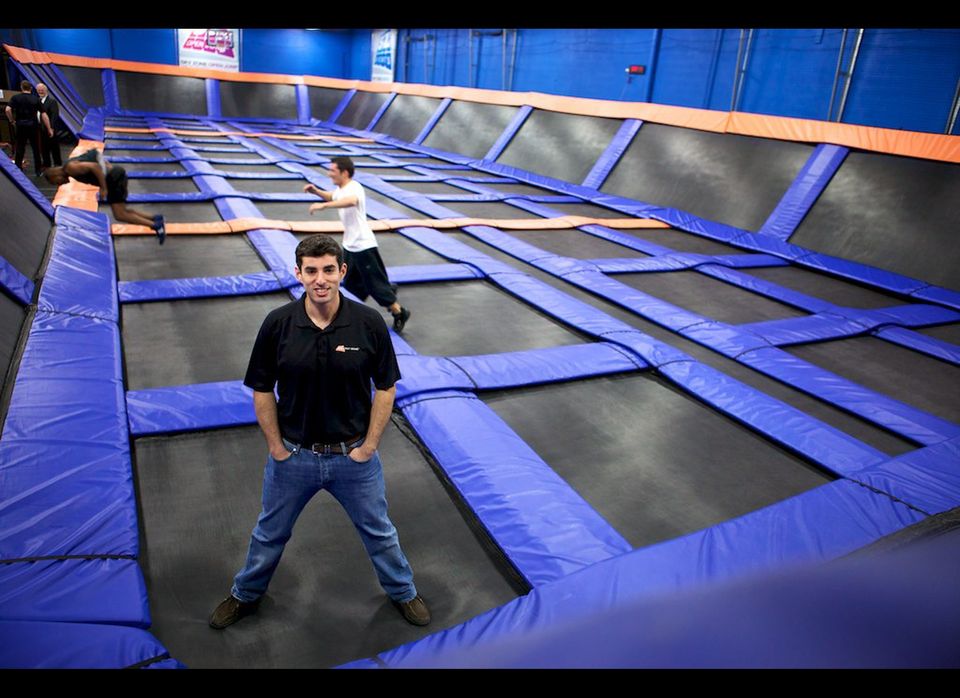