It has been quite a few days for Daniel Craig's James Bond. On Friday, the MI6 operative helped kick off the 2012 London Olympics with the Queen as part of the Opening Ceremonies. As if that weren't enough, 007.com has released a new television spot for the upcoming film "Skyfall," the 23rd James Bond adventure, which packs more action and confidence into 30 seconds than most teasers can hope to accomplish in double that time.

Foregoing the ominous plot mechanics of the full-length "Skyfall" trailer in favor of wham-bam action, the television spot highlights a number of killer action set pieces, including a moment where Bond jumps off an exploding train, sticks the landing like a gold medal winner and adjusts his cufflinks like a boss. Fans are also offered glimpses of Javier Bardem (as the villain) and Naomie Harris (as a Bond girl named Eve). All in all, "Skyfall" looks like one of the action events of the fall.

Directed by Sam Mendes -- who, in 30 seconds, seems to be having more fun than he did in the entire running time of "Revolutionary Road" -- and starring Craig, Bardem, Harris, Judi Dench and Ben Whishaw as Q, "Skyfall" arrives in theaters on Nov. 9. Watch the trailer a few dozen times above. 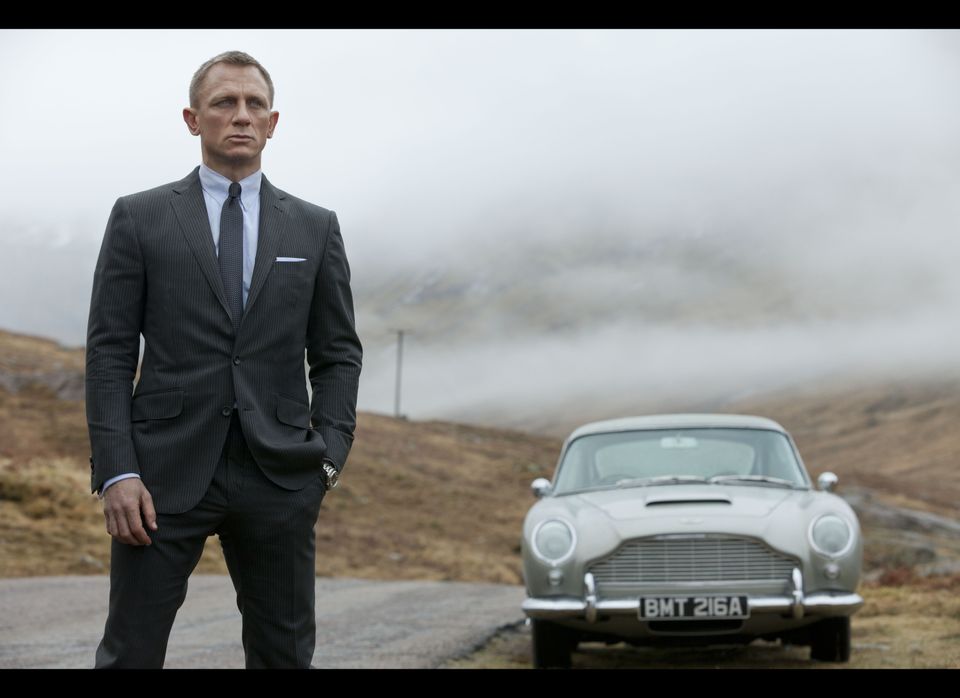