Robots and world domination have long been the reserve of Hollywood and what-if scenarios -- right up there with the zombie apocalypse and alien abduction. As artificial intelligence advances, however, there’s been a lot of recent buzz about threats AI could pose in the very near future. An intelligence system like Skynet, aka the “Global Digital Defense Network” that features prominently in the Terminator franchise, starts to feel like an increasingly real possibility.

While a malevolent empire that inflicts “Judgment Day” on us all is not so much what scientists fear, there are certain parallels in developing technology to this highly intelligent (and human-hating) software. With a little more than a decade left before the robot-run future "Terminator" predicts, we partnered with "Terminator Genisys" to round up the reasons artificial intelligence is becoming a very real force to be reckoned with.

As a “dual use” technology, capable of great good and great harm, AI is most controversial when it comes to its military applications. Battlefield robots and drones are key priorities with other sci-fi—style technology like HAL -- a suit that gives the wearer the power of 10 men -- and Boston Dynamics' Petman, an anthropomorphic robot used to test chemical protection clothing. Some believe developments like these signify an unacknowledged arms race amongst nations investing heavily in AI.

Drones and robots that are able to make the “kill decision” autonomously -- without human intervention -- will figure centrally into an international conversation about ethics and the nature of modern war. Even more controversial is the NSA’s cyber weapon MonsterMind. This intelligence system can not only intercept every digital communication in the U.S., but also identify threats and independently launch strikes. Sound familiar? If that isn’t Skynet in its real-life form, what is?

Moore’s Law famously estimates that computing power approximately doubles every 18 months. By that measure, a computer with the processing power of the human brain could be a reality as early as 2025!

While some physicists think Moore’s Law may break down before that, computers with lightening fast processing power have already emerged. How fast? To give you an idea, Ray Kurzweil estimated the total calculations per second the brain can compute at 10^16 cps (calculations per second). The world’s fastest supercomputer, China’s Tianhe-2, has surpassed that number at almost 34^16 cps.

While artificial intelligence is quickly reaching formidable computing speeds, one of its biggest challenges is developing the kind of complex processing that looks so easy when humans do it.

For a computer, multiplying two 10-digit numbers instantly is easy; however, looking at a dog and deciding whether it’s a feline or canine is incredibly hard. The Turing Test was thereby developed by mathematician Alan Turing to measure a machine’s ability to exhibit intelligent behavior equivalent to a human's.

Among the tech companies that seek to ace the Turing Test, Google has emerged as a major AI force, investing hundreds of millions of dollars in AI startup DeepMind and robotics companies like Boston Dynamics. Google's inventions include self-driving cars and ladder-climbing humanoid robots, complete with freaky, robotic pets.

Although not exactly the Terminator -- Schwarzenegger-status muscle and all -- these robots from Japan are starting to look eerily like us. Geminoid F, created by Hiroshi Ishiguro, has 65 facial expressions and can smile, talk and even sing!

His goal was to create a robot that could fool people into thinking it’s real. Mission accomplished -- now, we have nightmares.

5. An Elite Opposition Is Forming … 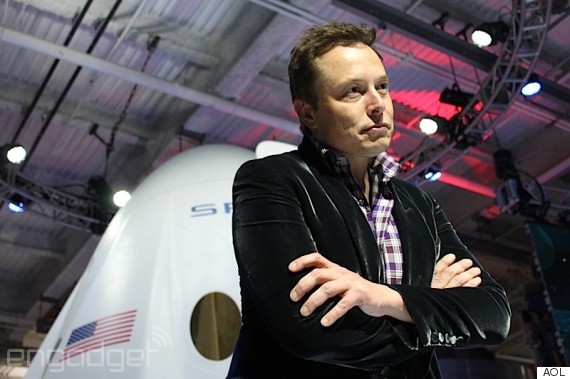 “The development of full artificial intelligence could spell the end of the human race.” Sounds like a quote from any number of the popular, sci-fi movies dealing with robots and revolution, right? Wrong. This warning comes from one of the foremost thinkers of our time, Stephen Hawking.

It is no wonder, then, that Hawking, other scientists, tech innovators and AI experts have signed an open letter issued by the Future Of Life Institute calling on the field to safely coordinate endeavors and ensure AI does not pose an existential threat as it advances toward human-level intelligence. Elon Musk takes this matter so seriously, he pledged 10 million dollars to support the organization and its research.

Today’s advancements in AI draw a parallel theme to Skynet, the artificial intelligence software in Terminator Genisys that leads to Judgement Day. When John Connor sends Sgt. Kyle Reese back to 1984 to protect Sarah Connor and safeguard the future, he finds himself in a new and unfamiliar version of the past. He is faced with a new T-800 terminator (Arnold Schwarzenegger), new enemies, and a new mission: To reset the future ... Terminator Genisys is in theatres July 1st.