As part of its new ad campaign that rips into services like Facebook and Twitter with claims they undermine our humanity one "like" at a time, Skype has unveiled a new creation it hopes will replace the emoticon: the Humoticon, the emoticon's more personable and human cousin.

Skype boasts the Humoticon, which lets Skype users sub their own face and expressions in for :)s, :(s and :Ds, can help make the web "a little more human" and "bring humanity back into the conversation." Skype's new tool is ingenious in the way it taps into our obsession with sharing photos -- particularly of ourselves -- online, and also piggybacks off of the limits of conversing online, where so much can get lost in translation amid LOLs, :/s and JKs. However, it's hard to imagine people actually using Humoticons in their online conversations, where the ease of typing a smile or frown has made the :) just another punctuation mark.

"When did LOL replace the sound of laughter?" Skype asks in one of its ads, which feature numerous digs at Facebook and Twitter. Another promises Skype provides "your one-way ticket back to humanity" -- a bold claim for a service that offers many of the features now available on Facebook, such as instant messaging and video chatting, or via a cellphone.

Using the Humoticon Facebook app, you can either create a static photo, or an animated gif that shows you acting out an emotion, such as :'( (crying).

Here's my Humoticon for >:o, or "surprise," to be used in place of a string of OMGs when I learn (invariably via G-chat) that a friend has a new job/fiancé/child: 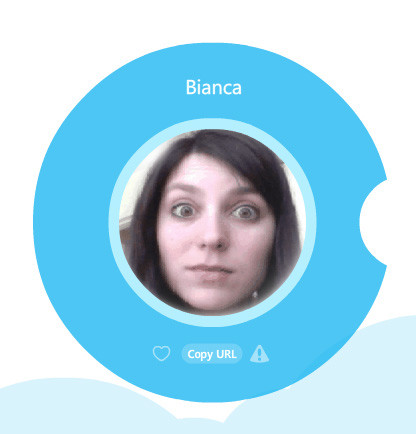 And here's my Humoticon for "worried," which, it has to be said, makes a whole lot more sense than its emoticon variations, which include the cryptic -"-, ーー* , and ーー; : 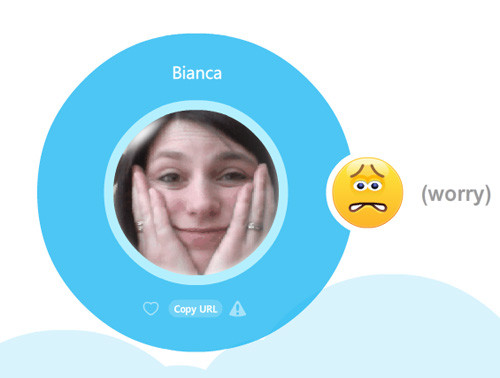 Skype's gallery of animated Humoticons is delightful. Check out an awesomely creative (and thankfully not disgusting) animated Humoticon for the puking emoticon ( :###.. ) right here, as well as an excellent devil ( }:) ), and puncher.

See even more -- and create your own -- by visiting the Humoticon Facebook app. Post links to your own humoticons below.