If you thought planking was a fad to be reckoned with, take a look at this new photographic trend popular amongst Russian teens. It's called skywalking, and it's when a photographer climbs his or her way up to nausea-inducing heights atop a series of structures, stands on its very edge, and snaps a photo of the view down. Skyscrapers, electrical towers, monuments -- if it's tall and dangerous looking, teens in Russia are climbing it to capture some breathtaking shots. To top it off, the thrill-seeking photographers seem to be working without any safety equipment whatsoever. But they must be enjoying it, because tons of these photos have been hitting the internet in the past few days. 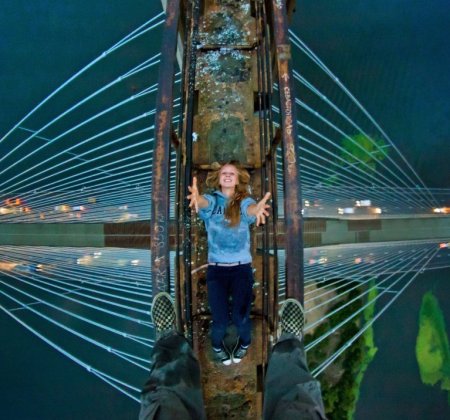 Nineteen-year old Marat Dupri is one of these death-defying skywalkers. He began taking photos from his rooftop after buying a canon camera 18 months ago, and since then he's been snapping photos from stomach-lurching heights all across Moscow. From the famous monument of Peter I to the Moscow Tower, one of the tallest buildings in Europe, Dupri and his skywalking friends have demonstrated no limit to what they will climb to capture amazing pictures.

The photos take our breath away, so we can't imagine how these daredevil photographers actually feel as they stare down the hundreds of feet between them and the ground. Check out a slideshow of these death-defying acts below: 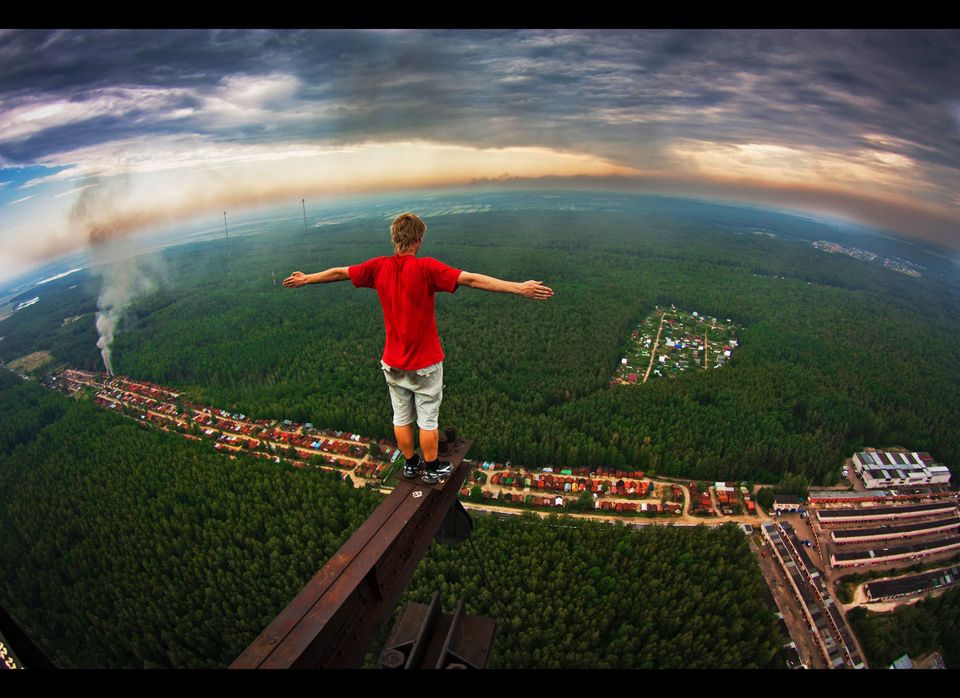 1 / 4
Skywalking Russians Take Amazing Photos
Meet the real-life sky walker - the photographer who risks his life scaling sky-high buildings to take incredible photos of the world below. Russian student Marat Dupri, 19, bought a Canon camera 18 months ago and immediately decided to start taking shots of beautiful views. He began climbing onto the roofs of houses to capture spectacular views from the air - before deciding to go to even greater heights. Together with his fearless friends and models, he has sneaked past guards at some of Moscows tallest structures - to produce incredible yet stomach-churning images.
Caters News