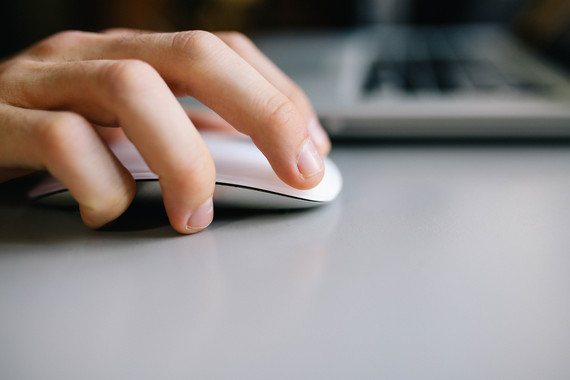 I'll never forget attending a lunch hosted by Allstate in Washington DC about the results of the latest Hearland Monitor Poll that had just come up. One of the results we discussed was the increasing lack of people who identify themselves as activists. It made me stop and think about why there was a decline and what could be done about it.

The more I learned about this gap, the more I started hearing people make negative references to what they referred to as a "Slacktivist." Today, I'm standing up, loud and proud and saying I'm a slacktivist, and hope you join me! So what is slacktivism? Generally, it is used to talk about the lack of action (donating money, volunteering time, getting your hands dirty) when all you do is share a social medial post, "like" someone else's post or just give a quick retweet on Twitter. The thought is that because it only takes seconds to do, you don't really care about the cause or topic beyond the time it takes to cross your Facebook newsfeed. But the take-away that I'm left with is many are starting to associate slacktivism with social media. So let's look at how a slacktivist can contribute with just using social media.

Expanding The Reach
Every time an organization sends out a message on social media, the most people it will reach, most likely, are the people who already follow that account. But every time someone else retweets, shares, likes or posts their own message about the organization, that person's followers/friends have the opportunity to see it. The more people sharing, the more potential people can see it. I don't know any organization that would complain about that.

Getting Friends Involved
Now that you've shared those posts, your friends are not only seeing it, they are starting to take an interest. The more often you share about the same organization or cause, the more likely they are to notice and learn why it's important to you. I say this is letting people feel your heartbeat. Some of your followers may even go as far as having the cause become important to them.

The Tom Sawyer Effect
A funny thing happens when you start to share social media messages in your own playful voice: people start to think you are having fun! Remember when Tom Sawyer was punished and had to whitewash the fence? He could have made it look like a chore, but instead got others to do his "punishment" and charged them to do it! I'm certainly not saying you should make money off your friends, but when you make sharing a message about an organization sound like you are having fun, chances are you may have some friends asking about how they can join in!

Raise Money
When I first started getting involved with some organizations, I was only working some part time jobs and doing occasional contract work. I could barely afford to pay the rent. Actually, I didn't, my wife did. That's how little money I had. So when it came to supporting my friends, I wasn't able to make a donation or maybe only $5 or $10. But I was always happy to share their message. The greatest joy came when I saw one of my other friends donate to it, just because they saw me share a post. The charity ended up getting a donation from me after all. It just didn't come from my empty wallet.

Recruit Volunteers
Another funny thing happens when you share social media posts about your organization: some people read it and then find out how they can volunteer for that cause. Most nonprofits are always looking for volunteers. This is almost as good as money to many, since hiring someone to do something costs you money. So using volunteers means non profit can use more of their money toward their mission.

Some people look at slacktivism as a copout to being an activist. You can accomplish every bit, if not more than an activist by using your voice through social media. You can say I've moved beyond slacktivism and more into activism, but without getting involved originally as a slacktivist, I never would've take the first step to becoming more of an activist. In no way will I ever stop my slacktivist activities. I am standing loud and proud as a slacktivist. Will you join me?