A girl has been hospitalized after photos of her giving oral sex at an outdoor concert exploded on the Internet.

The hashtag #slanegirl, used primarily to ridicule her, trended globally for a short period on Monday. Internet users posted and shared the explicit photos on Facebook, Instagram, Twitter and Tumblr -- actions that could constitute criminal behavior if the girl is, as reported, 17 years old.

Irish police are now investigating the incident, the BBC reports.

Sources told The Irish Independent that the girl is 'devastated' and was so distraught she had to be sedated in the hospital Monday afternoon.

According to a source, "the teenager has not been medically fit enough to make a formal statement yet, but when that happens this could turn into a sexual assault investigation."

Facebook and Instagram have both taken steps to remove images of the girl from the Internet. According to Motherboard, a “Slane Girl” Facebook page received 8,000 likes before being removed on Monday: 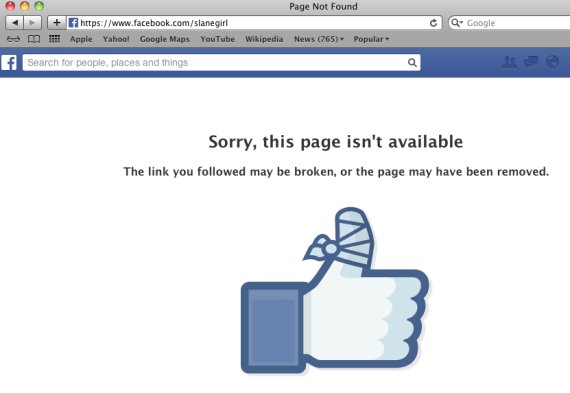 And Instagram has reportedly been deleting accounts of those who posted the photos:

While much of the Internet attention has been wildly negative, some social media users have come to her defense:

What does it say about sexism in Ireland that all the talk is of #slanegirl, but not of #slaneboys? It takes two to tango!

At the New Statesmen, Sarah Ditum wrote a compelling piece about how girls are slut-shamed in the digital age:

In the world of popular sexual mores, public oral sex is apparently seen as pretty much neutral for men. It's the woman who gets to be the repository for everything deemed shameful or disgraceful about sex. If a man gets caught in some non-socially-sanctioned screwing, he's just being a man, and his reputation is unharmed.

Police in Ireland have asked the public to respect the girl's privacy.