150 years has done little to shift anti-black attitudes in the some parts of the country, new analysis of census data and opinion polls shows.

In what is believed to be the first report to quantitatively demonstrate the lasting effects of slavery on contemporary political attitudes in the American South, a team of political scientists from the University of Rochester examined party affiliations and views on race-related policies such as affirmative action of more than 39,000 southern whites.

What they found: That a "slavery effect" persists among white Southerners who currently live in the Cotton Belt where slavery and the plantation economy thrived from the late 18th century into the 20th century. Residents of those counties are much more likely today to express more negative attitudes toward blacks than their fellow Southerners who live in nearby areas that had few slaves; are more likely to identify as Republican; and are more likely to express opposition to policies like affirmative action, the study authors concluded.

Take a look at their county-by-county view of where slaves were concentrated in 1860, based on the U.S. census, and where they say racial resentment is most likely to persist today. Story continues below. 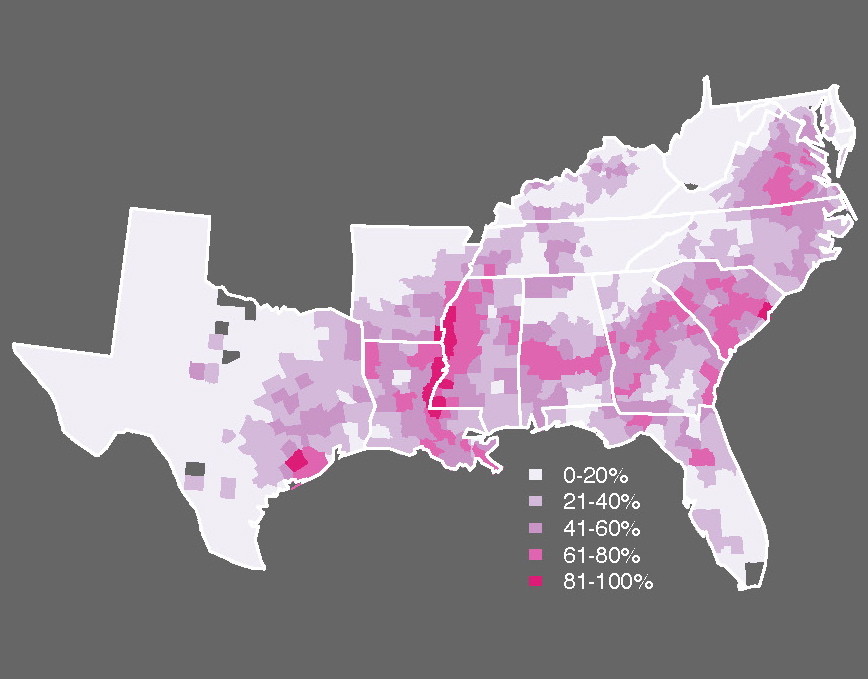 “In political circles, the South’s political conservatism is often credited to 'Southern exceptionalism,' but the data shows that such modern-day political differences primarily rise from the historical presence of many slaves," said Matthew Blackwell, one of the study authors, expanding on the report's conclusion that without slavery, the South today might look fairly similar politically to the North.

Read more of what Blackwell and his colleagues found and their explanation for how the "slavery effect" is able to persist into the 21st century, here.

CLARIFICATION: After publication, The University of Rochester contacted The Huffington Post regarding the findings of their study, indicating that the sample group was not nationally representative and therefore does not reflect views on race nationwide. The title of this article has been adjusted to reflect this new information.

The Most, Least Diverse Cities In The U.S.

PAID BY BOEHRINGER INGELHEIM AND LILLY
Go To Homepage