We know that sleep deprivation isn't good for our health. But taken to the extreme, sleep deprivation completely erodes the mind and body, and could eventually lead to death. For this reason, it's been used as a form of torture.

The Senate Committee's 2014 report on the CIA's use of torture revealed that sleep deprivation was used as an "enhanced interrogation technique" in the post-9/11 Bush era. Recent research has shown that you're more likely to make a false confession if you're sleep-deprived.

Detainees mentioned in the Senate report were subjected to up to 180 hours -- that's a full seven and a half days -- of sleep deprivation, usually standing or in stress positions, or those that cause physical tension. Even when some of the detainees experienced disturbing hallucinations, they continued to be subjected to prolonged sleep deprivation.

Amnesty International has called the use of this type of interrogation technique, which has been used not only on detainees in Guantanamo Bay but also in Soviet gulags, "cruel and inhuman."

“Prolonged sleep deprivation is an especially insidious form of torture because it attacks the deep biological functions at the core of a person’s mental and physical health," psychologist and dream researcher Dr. Kelly Bulkeley wrote in a Psychology Today blog post. "It is less overtly violent than cutting off someone’s finger, but it can be far more damaging and painful if pushed to extremes.”

So what happens when you forgo a basic biological function as essential as eating or drinking for a whole week? Here's a look.

What's happening in the brain

Basic cognitive functions begin breaking down after just one night of lost sleep. A 2014 study published in the Journal of Neuroscience found that only 24 hours of sleep deprivation can lead to schizophrenia-like symptoms, including a skewed sense of time, altered body perception and sensitivity to color, light and brightness.

“The first things to go are higher-order thinking that require planning or holding things in working memory while you’re doing a calculation," Dr. David Schnyer, a cognitive neuroscientist at the University of Texas, Austin who has studied the effects of sleep deprivation, told The Huffington Post. "Eventually, it will go all the way down to the basic perception and people will begin to hallucinate or think that they’re perceiving things that aren’t really there."

Emotion regulation is also disrupted, according to Schnyer. “Eventually ... it will reach the point of extreme emotional dysregulation, going from sobbing to laughing uncontrollably," he said.

Journalist Seth Maxon wrote an essay for The Atlantic about experiencing this firsthand as part of an ill-conceived experiment in staying up all night that he performed on himself as a teenager. After going without sleep for four days straight on a school trip to Italy, his incoherent rambling and erratic behavior landed him in a psychiatric ward.

“In keeping ourselves and our prisoners awake, we do not really know what we are doing," he concluded.

What's happening in the body

Acute sleep deprivation affects nearly every system of the body. It significantly disrupts critical functions of the immune system, which is normally active when we're at rest. This leads to toxic buildups in the brain and bloodstream because the body is unable to undergo its usual nightly house cleaning. When the body is deprived of sleep, it is also not able to regulate hormones properly.

Other physical effects include elevated blood pressure and heart rate, and digestive and metabolic issues.

In the case of extended periods of sleep deprivation used in interrogation, the individual will enter into short periods of microsleep, in which the mind is "briefly lapsing," Schnyer says. However, he notes, “that microsleep isn’t going to be doing much for the person and they’re still going to be relatively miserable.”

On a more broad level, these extreme (and unethical) examples of sleep loss warn us of the risks of depriving the mind and body of this biological necessity. 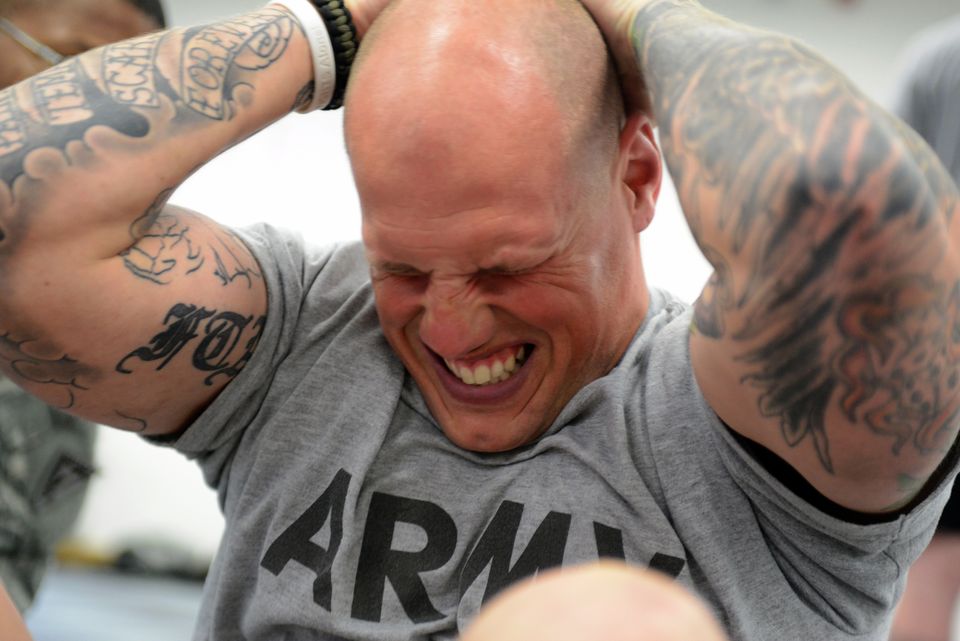 1 / 6
Exercise regularly.
Those aforementioned PT sessions might sound brutal, but the military is certainly onto something. The benefits of working out regularly&nbsp;extend way beyond your waistline. According to the National Sleep Foundation, <a href="https://sleepfoundation.org/sleep-news/study-physical-activity-impacts-overall-quality-sleep" target="_blank">people sleep "significantly" better</a> if they get <i>at least</i> 150 minutes of exercise a week. That's just 30 minutes a weekday if you break it down. PT sessions, for comparison, typically last <a href="http://www.askthetrainer.com/army-fitness-workouts/" target="_blank">more than an hour</a>.
The U.S. Army/Flickr