It's time for us to add sleep to the laundry list of things men and women do differently.

The team behind sleep analyzing app Sleep Cycle recently gathered data from 941,300 users in 50 different countries to learn just how much the world's sleeping habits differ on a day-to-day basis -- especially between the sexes. While many of the findings reinforce common presumptions about certain days of the week, others might surprise you. 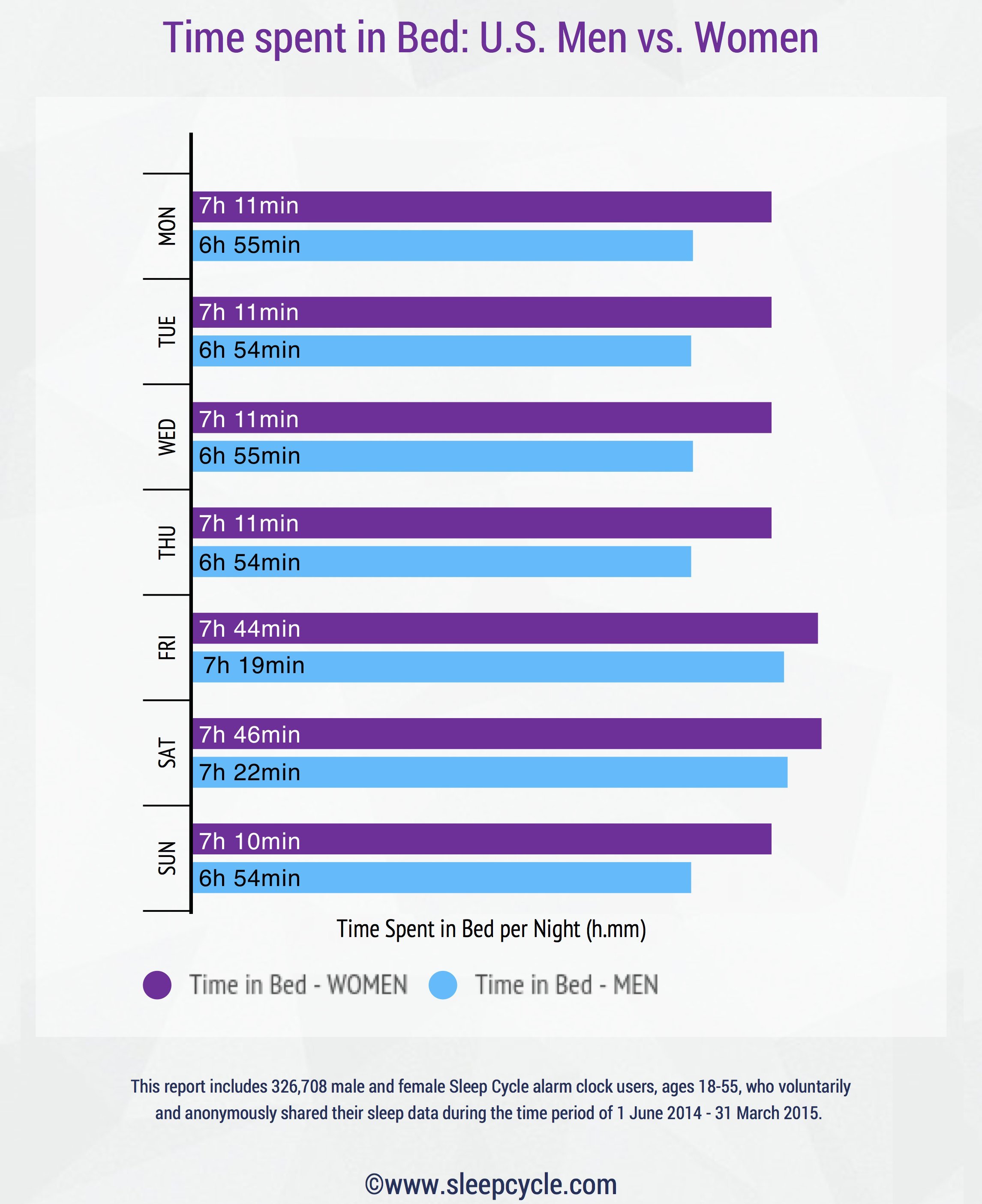 On average, women in the United States spend more time sleeping than men every day of the week, the biggest difference being an additional 25 minutes on Friday nights. But that statistic doesn't correlate with their resulting moods when that alarm clock buzzes. 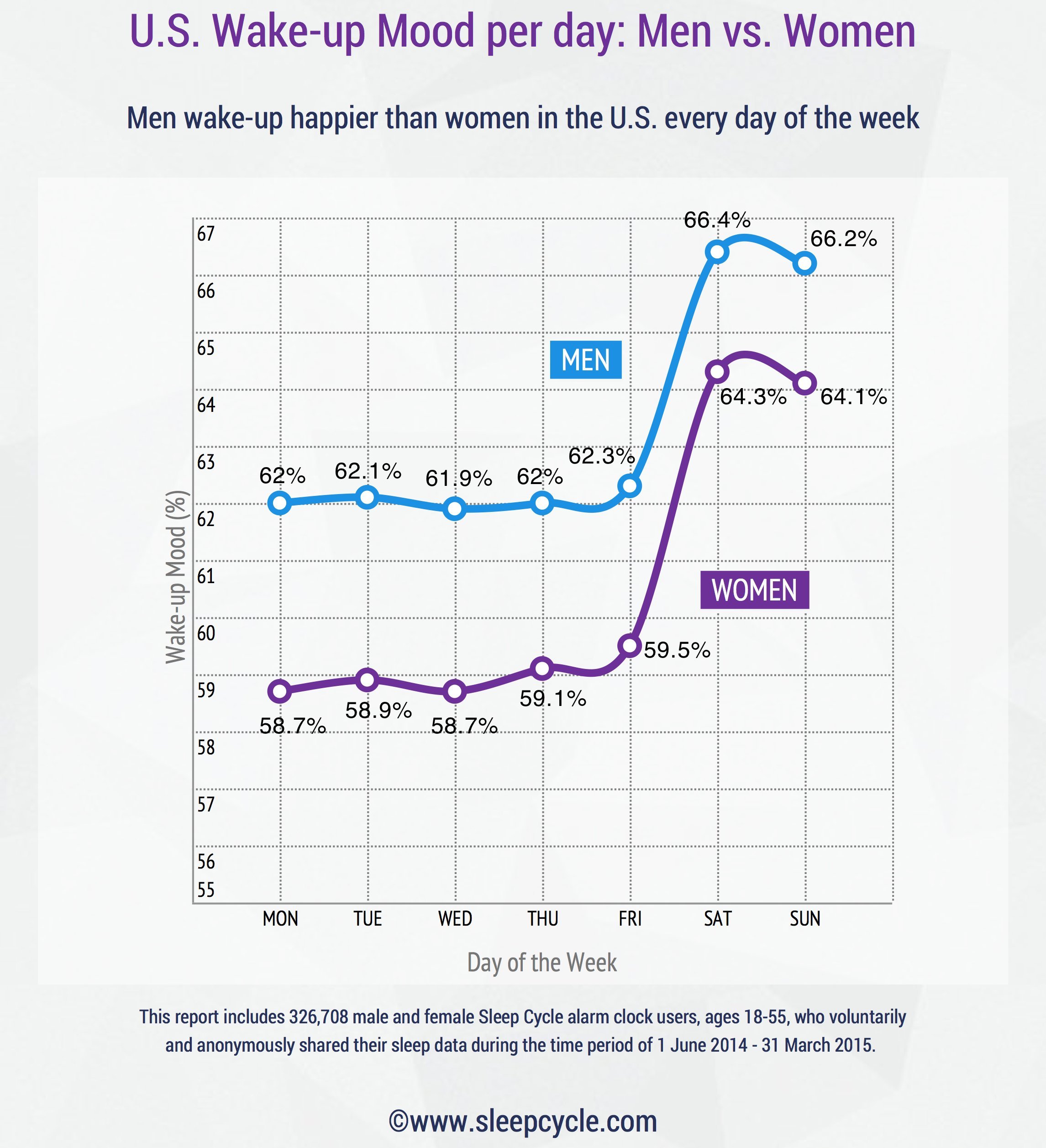 It turns out that men wake up happier than women on a daily basis in every country surveyed except Colombia, Portugal and Ukraine. Globally speaking, men tend to wake up the happiest on Sunday mornings, while in the United States, Saturday morning takes the win. And women worldwide follow suit, feeling most happy on Saturday mornings.

The survey also found that there are some geographical regions where no one seems excited to spring out of bed in the morning. Both men and women in Japan, South Korea and Singapore reported the worst wake-up moods survey-wide.

When it comes to sleep quantity, Japanese men sleep the least of all, logging less than six hours every night except for Saturdays. On the flip side, both men and women in Finland and the Netherlands catch the most z's, sleeping the most on Saturday nights.

But just because a person spends more time in bed doesn't necessarily mean they're getting the right kind of sleep. Both men and women in the United States log some of the worst sleep quality worldwide, reporting problems every day of the week. Chinese women don't sleep the most, but they do enjoy the best sleep quality in the world, followed by women in Poland, the Czech Republic and Taiwan. And when it comes to the men, those in China have the best quality sleep.

How The World Sleeps On Every Day Of The Week