To be a young, ambitious, hard-working professional in today’s always-on workforce often means skimping on sleep in the process. With deadlines to meet and boundaries to break, sleep sometimes falls to the wayside. But that’s a sacrifice some smart, savvy millennials refuse to make -- and they’re reaping the rewards of rest.

To celebrate the power of good night’s rest, we teamed up with Sleep Number and persuaded successful millennials to share their shut-eye secrets. From wake-up calls, to wake-up routines and from unplugging, to opting for earplugs, these rising stars had a lot to say about sleep and its role in success -- and if you’ve got ambition like theirs, you can bet you’ll want to follow in their footsteps. 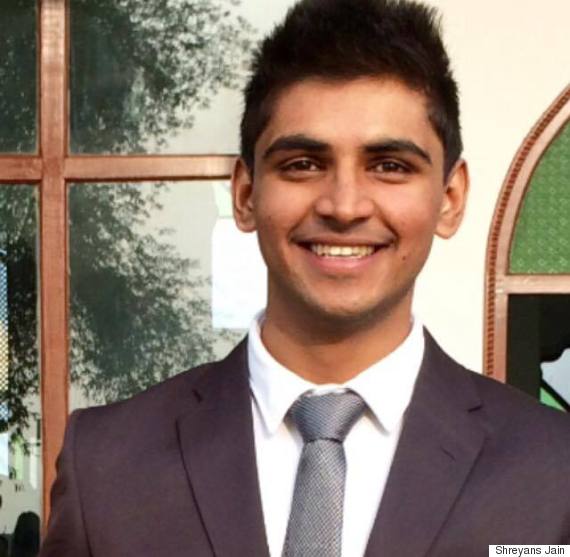 Shreyans Jain and his partner, Anto Philip, run Under 25 Club, which Jain describes as “India’s largest youth festival for entrepreneurs, makers, designers, musicians, artists, travelers and aspirants.” He calls it a “go-to platform in our country for the young,” and one that he aims to take global going forward.

According to Jain, sleep is as important to his success as his day-to-day work. “If productivity leads to success, sleep is a fundamental requirement for it,” he explains. He needs his eight hours of sleep every night; if he doesn’t get it, his day turns out to be “painfully dull.” Jain’s secret weapon: positive thoughts. “I read somewhere that you should be grateful for all the things that are going right, before sleeping,” he says. “If ‘sleeping happy’ is a thing, it really does work! It’s a mood enhancer like nothing else. I have been trying to practice that and it quite helps.”

On top of catching Zs for a solid eight hours at night, Jain has more tricks to make his sleep go smoothly: unplugging completely before bed. “I know I spend an unbelievable amount of time with all the [electronic] devices before finally going off to bed,” he says. “I want to [stop because I could] ... wake up at least an hour earlier, if not more.” Time is money, after all. 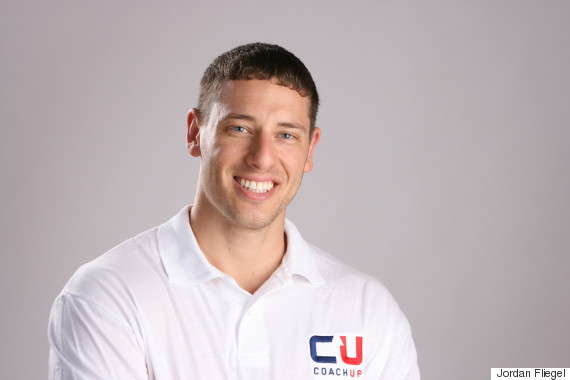 An athlete by nature and entrepreneur by trade, Jordan Fliegel marries his two passions as founder, president and chairman of CoachUp, a service that connects athletes with private coaches.

As an athlete, Fliegel knows the value of sleep. “Without proper rest, not only will you be unable to perform at your physical or mental peak the following day, but all of your gains in the weight room, or in conditioning, will be offset,” he explains. That fact rings true for non-athletes as well, he notes. “Just because you’re not an athlete … doesn’t mean that your physical well-being is [any] less critical to your success at work and in your personal life.” To help himself fall asleep, Fliegel reads before bed and meditates for five to 10 minutes each day.

When he’s not exercising, Fliegel is busy building a booming business -- and it makes him take sleeping all the more seriously. “A key to maintaining a proper sleep schedule as a busy entrepreneur is to view sleeping as part of your job,” he advises. “If you need to, go ahead and schedule your workout time and sleep schedule into your work calendar -- that will remind you that you’re being counterproductive by avoiding either fitness or sleep in exchange for extra hours of banging on your keyboard.” 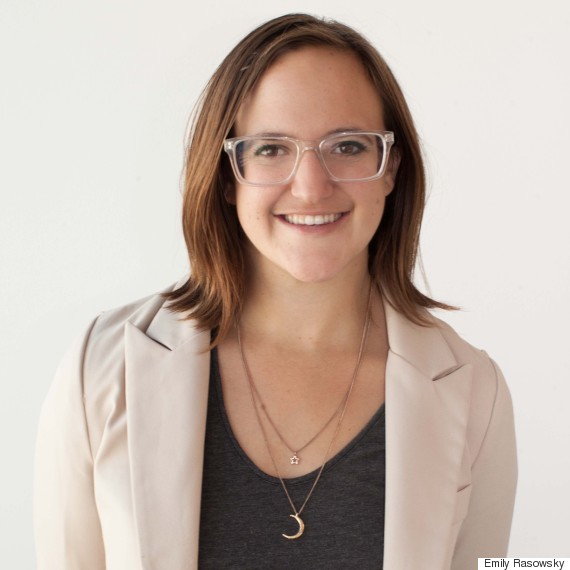 As director of marketing strategy at Social Driver, a digital agency that builds social-fueled strategy solutions for clients, Emily Rasowsky is making waves in the marketing industry. She also founded the Women in Tech campaign, which aims to redefine women in technology through the use of storytelling and events.

“I’m one of those people who needs seven to eight hours of sleep or I just can’t function,” Rasowsky says. She admits that adopting good sleep habits can seem next to impossible for millennials -- and that’s why it’s all the more important to be vigilant about it, she says. “Millennials have a go-getter attitude; we push ourselves and we lay it all on the line at work,” she says. “You have to check yourself first and make sure you get what you need, and then you can really nail it [during the day]. We’re going to burn out so much quicker [if we don’t], and that’s not good for anybody.”

Her trick to achieving both professional and bedtime success is to set boundaries: Rasowsky unplugs an hour or 30 minutes before bed to prevent herself from doing work, communicating the hours that she’s accessible to her co-workers and encouraging her team to do the same. That way they can all arrive at the office rested and ready to tackle their next challenge.

“Over time, I’ve had to learn the hard way that if I don’t get the hours of sleep that I need and don’t refresh and reset, I’m so much less productive and my work is lower quality,” Rasowsky explains. “About a year and a half ago, I felt spread thin because I wasn’t being honest with myself about when I needed to sleep. I hit a wall -- just internal exhaustion. [To start] taking care of myself better, I started small. I went to sleep 15 minutes earlier for a week, and then five minutes earlier the next week.”

Setting up the right environment for yourself to usher in much-needed shut-eye is just as crucial, she says. “Having a comfortable bed is important, and keeping the lights dim for the last hour so that I’m awake at night helps a lot.” And don’t be afraid to start small; even the littlest changes can give you major benefits in the long run. 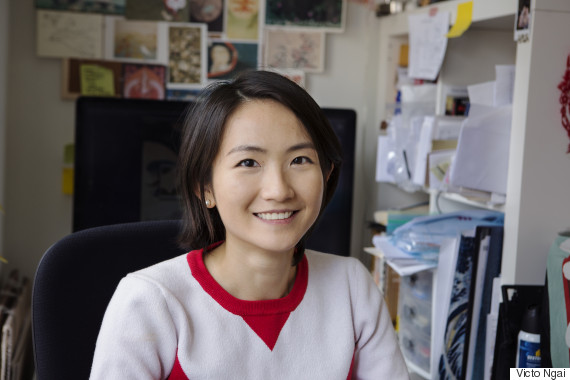 Sleep Strategy: Know when to say ‘no’

Sometimes, it takes a wake-up call to convince you to go to sleep. Ngai experienced that moment first-hand, and it led her to reprioritize sleep for the sake of her professional life. “I really tested my body’s limit three years ago,” when her career was taking off, Ngai explains. “I found myself with more projects than I [could] handle.” For two weeks, she was surviving on three or four hourly naps instead of sleep. After a week and a half, she says, her hair started falling out -- she lost around one fifth of her hair in just a few days. “It was terrifying.”

It took Ngai almost three years to establish a healthier sleep routine, she says, but now she sticks to habits that help keep her on her A game -- clear-headed and creative. She goes to bed before midnight, avoids light from screens before bedtime (which she says was a big cause of her insomnia and anxious nightmares) and uses eye masks and earplugs for more restful sleep. Finally -- and most importantly for other millennials struggling to stand out -- Ngai makes a point to say no to projects, even exciting ones, when she has a full plate. “There will always be more projects,” she says, “but I only have one body.” 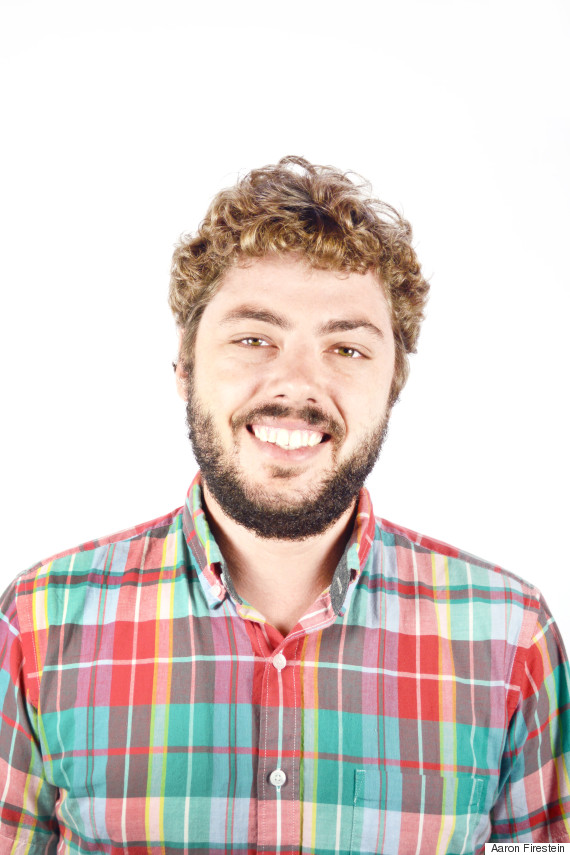 Graphic artist Aaron Firestein started his career in the most unlikely of ways: he met his BucketFeet co-founder, Raaja Nemani, playing soccer with children in the streets of Argentina. It was there that Firestein sold Nemani a pair of canvas shoes with his custom designs drawn on, and the rest is history. BucketFeet now enables artists to submit designs to be printed on footwear.

To score a good night’s sleep, Firestein avoids a common temptation before bed. “It’s easy to be in bed and have your phone in your hand, so I’ve made a rule to not look at email right before going to sleep,” he says. “Most nights it wouldn’t be an issue [for me], but you never know what sort of stress-inducing email might come in that could postpone or disrupt an otherwise peaceful sleep.”

Feeling rested in the morning is about more than just your bedtime habits, though; it’s also about how and when you wake yourself up. “As far as getting up goes, I like to put my alarm far away from the bed so I’m forced to actually get up to turn it off,” Firestein explains. “Once I’m out of bed, it’s very unlikely I’ll go back.” Skipping the snooze button can save you from shifting in and out of sleep, which -- as any snooze button abuser knows -- can make you feel extra groggy by the time you do finally rise. Try to get up and out of bed on the first ring -- consider it a nice, clean break with your ever-annoying alarm before you start your day. 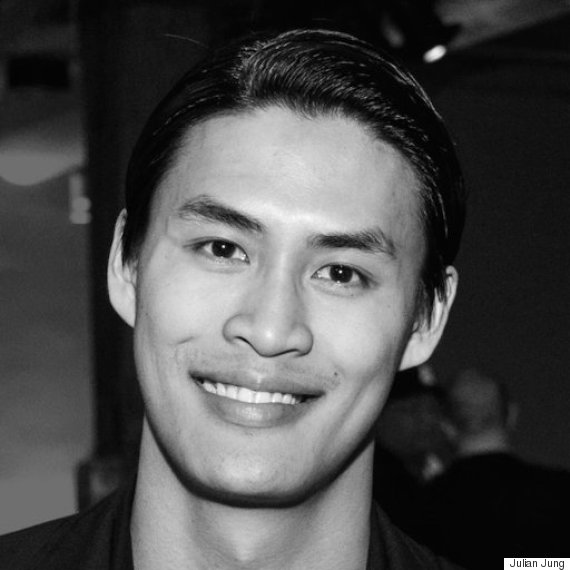 Julian Jung might just be entrepreneurial spirit incarnate. Founder of Tablelist -- an app that allows users to discover events, book VIP tables and buy tickets for nights out -- Jung is no stranger to the business scene. By the time he’d graduated college, Jung had already helped facilitate the closing of more than $30 million in real estate sales. Today, he’s busy leading Tablelist and investing in other growing businesses.

Sleep Strategy: Tire yourself out with exercise

Late nights out on the town aren’t exactly conducive to catching restful Zs in the evening. But for Jung, sleep and business go hand in hand, despite the fact that his business is nightlife. “Even though I’m in the nightlife industry, I’m in bed by 10:00 every [night] and up at 5:00 in the morning, for the most part,” he explains. “I’m in the gym every morning around 5:30 or 6:00, and it makes a night and day difference in how I fall asleep [later] that night.”

It wasn’t always so easy for Jung. Early in his career, he was often out late and getting little sleep. “It impacted the way I ate, the way I exercised, the way I was in meetings,” he recalls. “You just realize that you can’t scale that; you can’t keep going on like that.” Now he uses a sound machine, lowers his blackout blinds and keeps his phone in the living room to ensure a restful night’s sleep. It makes a world of difference in his work life, he says, and the routine is instrumental to his success.

Just like diet and exercise, sleep is unique to each person and important for optimal health and professional performance. Sleep Number® beds adjust on each side to your ideal level of firmness, comfort and support -- your Sleep Number® setting -- for your best possible sleep.