It's 1 a.m. but the next episode of "Orange Is The New Black" is calling your name. What's so bad about one more hour of screentime, as long as you're "resting" in bed?

Turns out, quite a lot. Staying up late not only cuts into the amount of sleep you get each night, but that exposure to light at night could also have effects on your body beyond what you may have realized.

Light at night is discouraged because "the light suppresses a hormone that is supposed to tell the brain it's time to sleep. And that hormone is melatonin," Russell Rosenberg, PhD, director of The Atlanta School of Sleep Medicine and Technology, told WebMD. And "your sleep can be delayed because of the excitement of being involved with the computer [and other devices]."

Still need some convincing to change your before-bed habits? We looked at the research and rounded up some potential health effects of going to bed late and light exposure at night:

It could mess with your fertility -- if you're a woman.

A review recently published in the journal Fertility and Sterility shows that light at night could impair women's fertility because of its effect on the production of melatonin. Melatonin, which is a hormone, is vital to protecting women's eggs from oxidative stress, LiveScience reported.

It could affect your waistline. 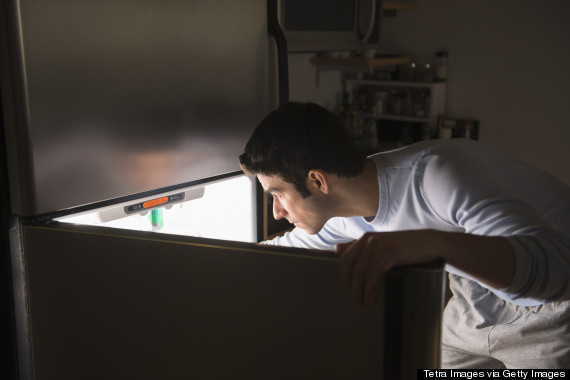 These habits of late sleepers -- sleeping less, going to sleep later in the night, and eating more after 8 p.m. -- were all found to be associated with a higher body mass index. Among these habits, eating after 8 p.m. was the strongest predictor of a higher BMI. What does this mean? It's not just what you eat, but when you eat, that can affect your ability to lose weight. And your sleep habits can have a significant influence on the timing of your eating, as well as on how much you eat.

In addition, The Washington Post reported in 2005 on a study showing that people who sleep fewer than seven hours a night are more likely to be obese (based on data from 10,000 people ages 32 to 49).

If you're a teen, it could have an effect on your academics. 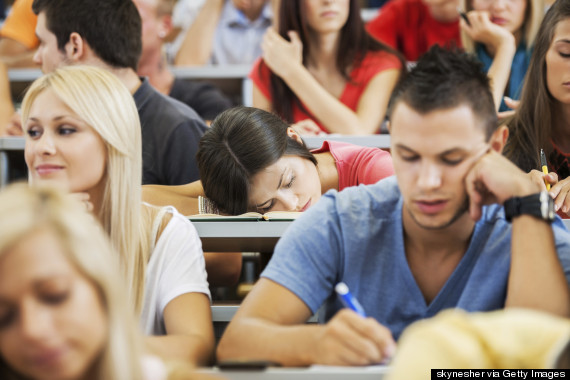 Going to bed late -- after 11:30 p.m. on school nights, and after 1:30 a.m. during the summer -- is associated with lower GPA and susceptibility to emotional problems, compared with teens who sleep earlier, according to a 2013 Journal of Adolescent Health study. Even more evidence: Research presented at a 2007 meeting of the Associated Professional Sleep Societies showed that teens who stay up late on school nights (and then try to compensate by sleeping in on the weekends) do worse academics-wise, as well. And TIME reported on a 2012 study, showing that teens have more academic problems when they spend more time studying and less time sleeping.

While the research is not yet conclusive, there is some evidence that nighttime light exposure could affect the risk of certain cancers, such as breast cancer, LiveScience reported. It's suspected that this association could be due to light's effect on melatonin -- which could be a cancer suppressor.

Research in animals published in 2012 in the journal Nature suggests that long exposures to light is associated with depression-like behaviors, as well as increased levels of the stress hormone cortisol. Of course, while the study was done in animals, it's hard to say with certainty that the effects are the same in humans. But study researcher Samer Hattar, a biology professor at Johns Hopkins University, explained in a statement that "mice and humans are actually very much alike in many ways, and one is that they have these ipRGCs [intrinsically photosensitive retinal ganglion cells, which are activated by light] in their eyes, which affect them the same way. In addition, in this study, we make reference to previous studies on humans, which show that light does, indeed, impact the human brain's limbic system. And the same pathways are in place in mice."

It could lead to worse Zzs. 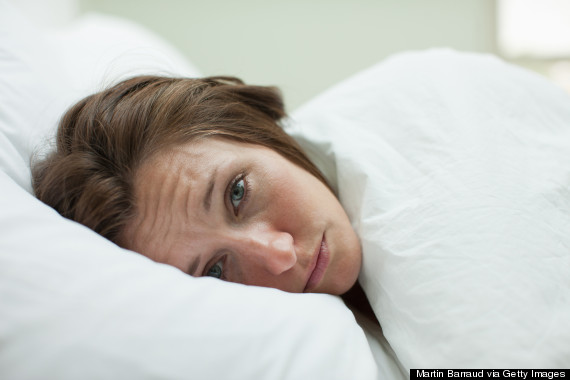 Falling asleep to your computer or TV could also mean falling asleep with the lights on -- and having the light on all night as you sleep has been shown in a small 2013 study to be associated with more shallow sleep and more nighttime awakenings.

Really, it just messes with everything.

If you're going to bed late but still having to wake up early for school or work, chances are you may not be getting the amount of ZZs your body needs. Let this be proof of all the horrifying ways sleep loss can negatively affect your health.