Grandma was right, we really do need our beauty sleep. In addition to the myriad of behavioral, cognitive and health-related reasons for getting the recommended seven to eight hours of quality, uninterrupted sleep, it turns out that sleep loss also affects our outward appearance in a number of alarming ways.

We partnered with Sleep Number and investigated what happens to your face and body when you’re sleep deprived. The findings aren’t pretty.

1. You age faster.
According to a growing body of research, if you don’t get enough quality sleep on a regular basis, you’re essentially pulling a reverse Benjamin Button on your face by accelerating your skin’s aging process. Researchers at the University Hospitals Case Medical Center in Cleveland found that poor-quality sleepers showed increased signs of premature aging compared to their sufficiently rested counterparts. Aging evidence included reduced skin elasticity and fine lines. If that’s not bad enough, an American Academy of Sleep Medicine study found that just one measly night without proper sleep promotes “biological aging” in adults. 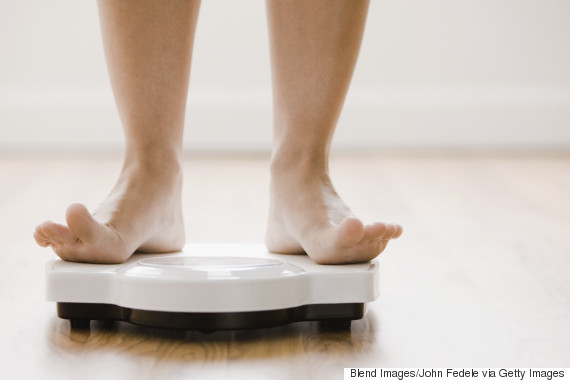 A chronic lack of quality sleep has been linked, again and again, to weight gain. Scientists have discovered that, for one thing, inadequate sleep messes with a person’s “hunger hormones:” It lowers levels of leptin, which increases a person’s metabolism and suppresses appetite, while boosting the hormone ghrelin, which stimulates appetite.

In a study released in 2014 involving young children, a neuroscientist from Brigham and Women’s Hospital and Harvard Medical School examined the effects of insufficient sleep on weight. While all participants in the study restricted their calories, those who slept a full eight hours at night burned two times more fat than those who were sleep deprived. Another study focusing on adult women found that short sleeper subjects (people who get less than six hours of sleep per night) were more likely to gain weight, and had a higher risk of obesity than those who slept seven or more hours per night.

The bottom line? When you sleep less, you gain more.

3. Your mouth droops, making you look sad.
Has a friend or, worse, a stranger ever told you that you looked tired? Despite being a pretty annoying and rather useless comment (what do you say after that? Thank you?), it may have had some validity if you’ve been forgoing those all-important Zs. Researchers from Karolinska Institutet in Stockholm and Stockholm University found that seven out of 10 individuals in photographs looked “significantly” more fatigued to observers when those pictured were sleep deprived. Specifically, participants in the study were found to have redder eyes, darker circles and more fine lines -- again with the wrinkles! -- when they were sleep deprived as opposed to after a full night’s rest.

Adding to that, the Swedish-based study participants were more likely to have droopy eyelids and mouths when fatigued. These women and men were also more likely to appear “sad,” likely due to their downturned mouth corners, to others. Shall we call it the Debbie Downer effect? 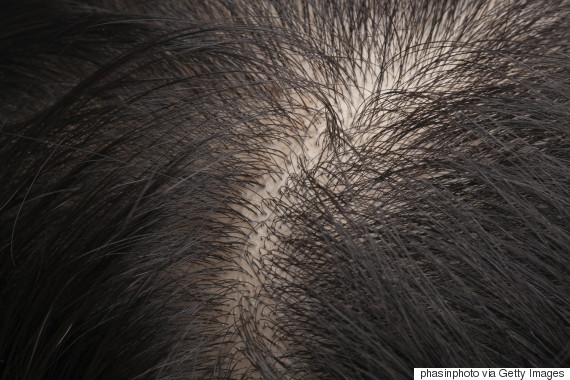 “Both high cortisol levels and decreased collagen production can manifest with hair loss,” Spann said. “And telogen effluvium, a type of hair loss that occurs following a major stressor, can be triggered or exacerbated by a lack of sleep."

5. Your skin breaks out.
When you don’t get enough sleep on a regular basis, your stress levels rise -- and higher levels of stress can trigger acne flare-ups.

Dr. Cybele Fishman, a dermatologist, told us why: “When you don’t get enough sleep, your body releases more of the stress hormone cortisol. This leads to a whole inflammatory cascade, which can increase insulin-like growth factor, which acts on the sebaceous [oil] glands and stimulates them, leading to more acne.”

Yes, there might be lotions, lasers and pills to fight acne. But the best cure (and prevention) may simply be more sleep.

6. Your rashes last longer.
Chronic sleep deprivation has been shown to weaken our immune system, which means we have more trouble fighting infections and warding off illnesses. When it comes to our outer appearances, this can lead to a host of skin-related problems, including rashes and infections. There are many reasons why this happens, but one is that a lack of sleep interferes with our body’s ability to repair itself.

According to a Los Angeles Times report on the connection between sleep and skin health, when we enter the deepest stage of slumber, known as Delta Sleep, our bodies' growth hormones "peak and initiate cell and tissue repair.” Think of your skin as a superhero with regenerative powers, and sleep deprivation as an evil villain. When you get poor quality or intermittent sleep, this restorative process can be interrupted. Boom! Ka-Pow!

7. You get bags under your eyes. 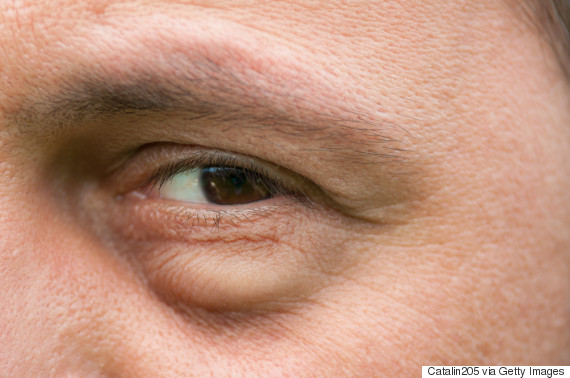 The Internet is home to countless remedies for fighting under-eye bags. But cucumber slices, cold spoons and frozen peas have nothing on -- and this isn’t going to surprise you by now -- sleep. According to the doctors at the Atlantic Eye Institute, not getting enough sleep is one of the worst culprits of under-eye bags, along with a handful of other causes like dehydration, allergies, aging and heredity.

Erin Kelly is the editor for the Health, Wellness, Eco/Sustainability Pod for HuffPost Partner Studio.