Do you snuggle up in bed with your smartphone instead of your significant other? If you’ve fallen asleep with an electronic device, you’re not alone.

Sixty-three percent of smartphone users age 18-29 admit to drifting off to sleep with a cell phone, smartphone or tablet in their bed, according to a new HuffPost/YouGov survey. Snoozing with a device was less popular among older respondents but not totally unusual.

One good reason to end this habit: Studies have shown that sleeping near electronic devices can hinder sleep. Experts often advise leaving gadgets powered off -- and even better in another room -- when people turn in for the night. Besides, hugging a person you love -- or even a teddy bear -- is a whole lot cozier than a phone. 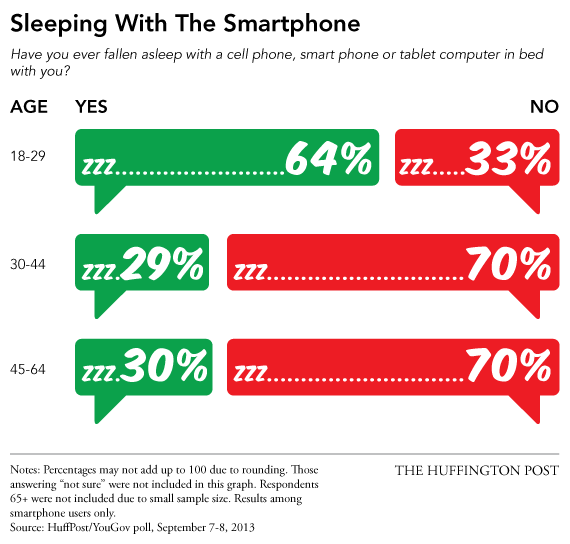 Results from the reader poll include all adults, not just smartphone users as sampled above.