I spent many years of my life very socially active in the evenings even while I was busy building my companies by day. It was a mark of pride that we could be out all night long and work hard the next day. In its own way, it was an exciting life.

Then I married a man who was very committed to getting a good night's sleep. Although I loved him, at first I saw this trait of his as a distinct disadvantage. I mean, who needs sleep?!? Then gradually, as I developed the ritual of sleeping deeply and well, I discovered what I had been missing. I began feeling SO much better each day. I had not even realized how out of it I had been until regular sleep became the norm. Then on days when I didn't get a good night I realized that I was only operating at a fraction of my real capacity.

When I was a young girl in Senegal, real, deep, community sleep was the norm. It was only after years of conditioning in France and then the U.S. that I had become accustomed to busyness as the norm instead. Once I returned to dreamland I realized that was the world that was right for me, for my culture, and for humanity. I created a company, Tiossan, meaning the "origins of humanity" (in Wolof, the main indigenous language of Senegal) and developed a line of sleep products to share with the world.
Senegalese women are beautiful in part because they are healthy, happy, well ­rested women ­ and therefore powerful women! 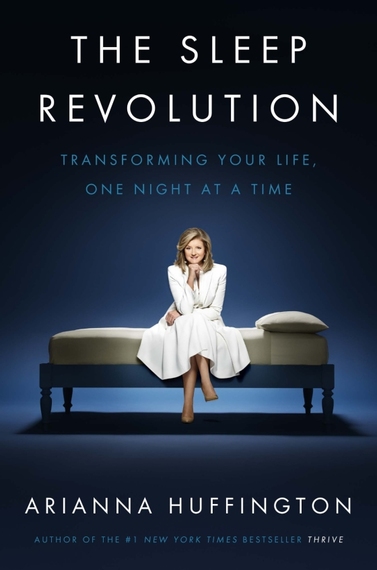 In her book, Sleep Revolution, Arianna Huffington makes a compelling case that deep, satisfying sleep is the next revolution in health and well­-being. In the past few decades, we've learned to eat healthier foods. We've focused on the importance of fitness. Many of us have benefited from yoga, meditation, and mindfulness. We're all aware of the deleterious role of stress in our lives. And yet millions of Americans do not get adequate sleep ­ and often wear their exhaustion as a badge of pride.

Huffington cites that the annual cost of sleep deprivation in the U.S. is $63 billion due to absenteeism and employees showing up for work but being too tired to get much done. She quotes Harvard Medical School professor Ronald C. Kessler,

"Americans are not missing work because of insomnia. They are still going to their jobs, but they're accomplishing less because they're tired. In an information-­based economy, it's difficult to find a condition that has a greater effect on productivity."

Moreover, sleep deprivation is more harmful to women than to men. Eduard Suarez, head of a Duke Medical Center study on sleep summarized the results, women, poor sleep is strongly associated with high levels of psychological distress, and greater feelings of hostility, depression and anger." The same associations did not hold true for men.

What can we do to promote the Sleep Revolution and thereby lead our society towards greater well­-being?

Of course the first step is to recognize the importance of sleep and validate it socially. Let sleep matter in your own life and support your friends, acquaintances, and colleagues in their needs for sleep. Huffington also provides a list of "12 Steps for Better Sleep" including,

1. Keep your bedroom dark, quiet and cool.
2. No electronic devices 30 minutes before bedtime. 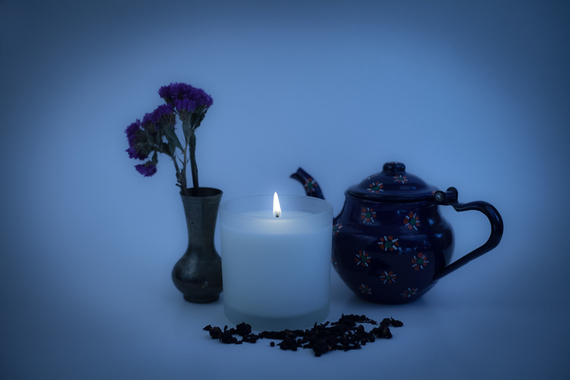 As an indigenous African, I'm a great believer in the power of rituals. While I love many things about the U.S., one of the elements of life that is too absent in the U.S. is respect for rituals.

When I was growing up, the dark nights in my family compound in Senegal were filled with singing, chanting, talking and laughing together. The air was filled with magical scents from the beachside and beautiful floral notes wafting over the smells of the shea butter that mothers and grandmothers rubbed on their babies. It was a peaceful, sensorially rich experience that left us all ready for a deep and peaceful sleep night after night.

For some time I've wondered how I can help the rest of the world experience the calming rituals of a Senegalese evening. I can't bring the laughter from my family's compound into your home, yet. But I have been working towards bringing some of the ambiance and scents from my native Senegal so that they are available. More importantly, I'm trying to communicate the importance of having a healthy sleep ritual. Huffington's marvelous book is promoting the science and personal experiences behind the importance of good sleep.

The next step is to integrate her elements of "12 Steps for Better Sleep" into a personal sleep ritual. Each of us has a different lifestyle, so it doesn't make sense to have one sleep ritual. But let's begin sharing our diverse sleep rituals, always respecting the importance of sleep and the importance of ritual. In a few years, instead of bragging about how little sleep we got, we'll be serenely sharing the details of our sleep rituals to explain our bright, fresh glowing look each morning.

PS: thanks to the Global Wellness Summit for inspiring the title "Back to the Future of Wellness", the theme of their 2016 Summit.