It's easy to say sleep is a priority, but it's hard to make it one. Between late nights at work, early-morning workouts and trying to maintain some semblance of a social life, sleep all too often gets pushed to the back burner.

But skimp on sleep and you risk a whole host of scary-sounding side effects, including increased stroke risk, a weaker immune system and even earlier death.

That's why the HuffPost Healthy Living editors decided it was time to put ourselves to the ultimate test: Could we -- professional nutrition buffs, fitness junkies and self-proclaimed health nerds -- follow the rules of good sleep that we preach day in and day out?

For seven nights, we swore to try our darnedest to follow 10 classic rules of sleep hygiene and journal the results as we went. Below, we've spelled out the science supporting each rule and shared a few choice words from our editors about how easy -- or hard -- it was to follow each.

The team was almost unanimously successful on this measure, logging at least seven hours of sleep on most nights, and often more (without overdoing it). "It was nice to look back every morning to see how many hours of sleep I got and to feel happy that I got enough," one editor said.

2. No phones in the bedroom.
Bright light is one of the biggest disruptors to the brain as it prepares for sleep, and many of us regularly welcome such disruptors into our beds in the form of smartphones, laptops, tablets, and more light-emitting devices. In fact, in a 2013 HuffPost/YouGov poll, 64 percent of people ages 18 to 29 said they had fallen asleep with a smart phone or tablet computer in bed with them. Even if you've set yours to silent, the urge to check it proves too great for some people.

But, despite the fact that our boss Arianna Huffington, chair, president and editor-in-chief of The Huffington Post has been known to gift alarm clocks around the holidays so people won't have to rely on their phones, we all faced a problem: How did we make sure we woke up for work if we didn't keep our phones in our bedrooms?

Some editors put the phone in another room and cranked up the volume on the alarm -- and noted that it was surprisingly easy to hear and wake up to. Others swore this would be the week they bought a real alarm clock. Others still gave up entirely on this rule or placed their own phones outside the bedroom but allowed their bed partner's phone to remain. Among everyone who gave it a shot, most grew to like the feeling, though. "I'm starting to appreciate not having my phone by my bedside (totally removes the temptation to scroll before bed)," one editor said. "I am never keeping my phone in my room again! #winning," said another.

One resorted to the programmable alarm on a fitness watch. "The noise was horrendous," she said on day two of the challenge. "It's going to make me significantly grumpier than the lovely song I have programmed on my phone alarm." By the final day, she remained unconvinced. "I detest the sound. I am so glad this is over and I can get my phone back (on Do Not Disturb, promise)."

3. No laptops/tablets in bed.
In 2012, the Wall Street Journal reported that about 80 percent of young New Yorkers work from bed. "I almost always check my computer from bed before I go to sleep," one editor said. "Ugh, this is such a vice. Did it, but this is going to be tough," another said on the first day of the challenge. The bright light's not a good idea, but the stimulating nature of working from bed can worsen sleep problems, as the brain comes to associate the bed with work rather than sleep.

But there's hope for us yet: "I always thought I was a big computer-in-bed person, but I guess the habit was easier to break than I anticipated," one editor said. "Check. This was much easier than I thought it would be," another echoed.

4. No checking email within one hour before bed and five minutes after waking up.
In our 24/7, always-on society (and in our particular jobs), it's easy to wonder what you've missed as soon as you wake up. But those first five minutes of the day are crucial -- they set the mood for the hours to come. If you spend them responding to someone else's needs, you may never fully acknowledge your own. And email before bed not only means more exposure to light, but can also rev up your thoughts right as you should be unwinding.

Most of us acknowledged both how challenging this rule was and how good it felt to follow it. "Glorious," one editor exclaimed, "I'll stick with this one!" Those that had a little more difficulty were particularly tuned-in to the effects of their inboxes. "I checked before bed and in the a.m. and I do think it affected the quality of my sleep -- I felt a little groggy," one said. "This week proved just what kind of a twisted dependency I have on those lines of communication," said another. "Hey, recognizing it is the first step, right?" 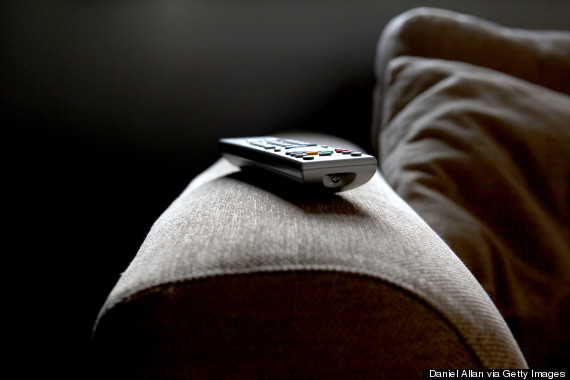 Television seems relaxing enough, but sleep experts say not only the light but the content can be problematic if it's too riveting: Your body can produce a similar stress response to all that drama as if it were happening to you in real life. Sleep experts recommend powering down all electronics, not just the TV, about an hour before bed.

Aside from one evening spent binging on DVR'd episodes of "Teen Mom" and another evening rooting for a hometown favorite during Thursday night football, most of us had no problem following this rule. Only one editor really struggled. "It's so engrained as part of my pre-bed routine, that even stopping watching TV a half hour before bed is a big deal for me," she said.

6. No caffeine within eight hours of bed.
Caffeine stays in your system significantly longer than you might think, so even an afternoon tea can mess with your slumber. We opted to give ourselves an eight-hour window, which proved to be more than enough for almost everyone. The sole editor who struggled -- "I really love coffee, okay?" -- actually didn't give herself enough credit. Despite naming this the most challenging rule of the entire week, she only missed the mark on two of the seven days.

7. No alcohol within three hours of bed.
A nightcap might help you fall asleep faster -- but later on in the night, alcohol can seriously disrupt sleep, particularly rapid eye movement or REM sleep. Let's be honest right off the bat: It's a particularly tricky rule on weekends. And maybe also if it happens to be your birthday, as it did for one editor. Between champagne parties, football games, open bar weddings, and one "I plead the 5th", this may have been the rule we struggled with the most -- and one we promise to pay more attention to in the future.

8. No pets in the bed.
Pets make for some of the best snuggle buddies, but when it comes to actually sleeping, Fido and Fluffy are likely to bark and meow you awake more than you'd probably like to admit. (Not to mention, pets can also bring allergy triggers into an otherwise-clean bedroom.) As such, most sleep experts advise sleeping apart from your favorite furry friend. We're certainly no statistically significant sample, considering only one out of seven editors involved actually owns a pet -- and they're not parting anytime soon. "I realize I'm semi-obsessed with my dog," she said. "Long story short, fail."

9. No hitting the snooze button.
Those five extra minutes may feel like bliss, but drifting in and out of sleep in the morning is actually not doing you any favors. That's because every time the alarm rings, you're left with disturbed and fragmented sleep, which can leave you feeling groggier than if you had slept straight through until the time you actually got out of bed. Five out of seven editors weren't regular snoozers to begin with, although one had a snoozing bed partner on her hands. "He pushed his snooze button twice this morning. Growl," she said. "Maybe the solution is just waking up before him? Although that seems cruel and unusual."

The two editors who frequently snooze struggled here. One consistently left the bedroom to turn off her phone alarm that she had dutifully placed in another room -- and then got back into bed. "Those extra 10 minutes are just so delicious," the other said. But, as Arianna says, "The snooze button is for people who haven't slept enough."

What We Learned
We weren't perfect. But just as we write about physical activity while sitting at a desk or tweet about eating more greens while snacking on fries, we think there's room for improvement without rigidity -- even when it comes to sleep. Most of us noted a couple of rules in particular we'll be focusing on going forward. And there's no doubt it helped to see our sleep habits in writing, day after day. "I thought I was already a good sleeper, since I get between seven and nine hours every night and wake up pretty naturally on weekends," one editor said. "But I was so wrong! I felt more rested and not exactly happier, but just a little lifted."