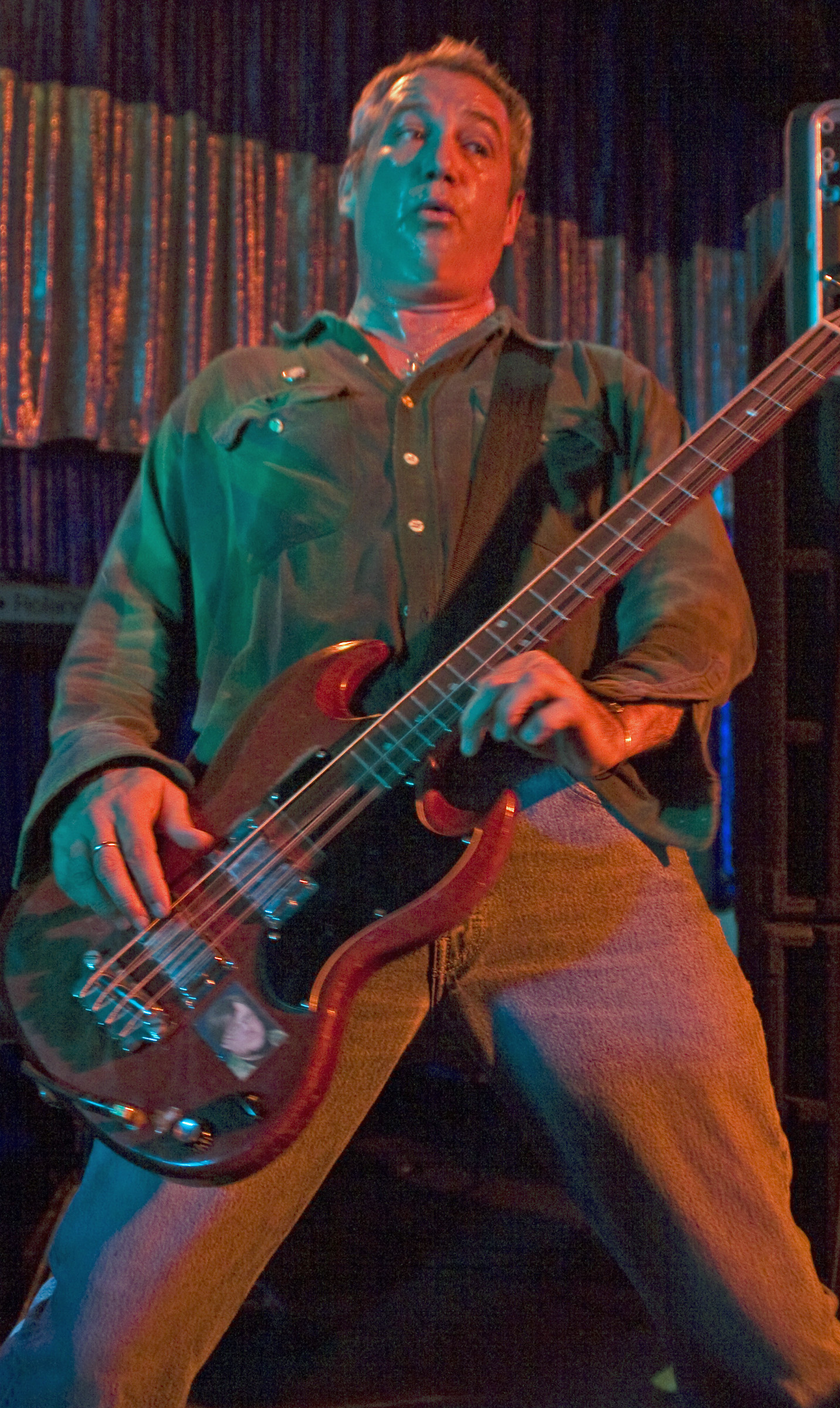 In the winter of 1985, guitarist D. Boon lay asleep in the back of a van driving down an Arizona interstate. His band, Minutemen, was fresh off a tour with R.E.M when the unthinkable happened. His girlfriend fell asleep driving, and the van crashed, killing D. Boon instantly.

As the soul of the Minutemen died, its heart, Mike Watt, lived on. Today, Mike is widely regarded as one of rock's seminal bassists and his group Minutemen is regarded as a titan of the punk/alternative rock movement.

Carving out time for sleep has been a lifelong pursuit. "Konk (sleep) was the enemy. Back then we were routinely doing 14- to 17-hour drives, and out West, that's big fucking country. We were behind the steering wheel a lot." Mike enthusiastically launches in. "Back then we took crazy chances." He weighs his next sentence carefully, "We were not afraid because we did not know what to be afraid of."

Mike settles into the interview, but feels it necessary to set the stage of his early life before moving into stories of his music. "I came from the Eastern Shore of Virginia. From an early age, military upbringing just got in my head that sleep prevents anything from getting done."

The military upbringing came via his father, an enlisted Navy sailor who was stationed in Portsmouth, Virginia when Mike was born. Mike and his family moved frequently before landing in San Pedro, California. "I learned to get along with sleep and travel early. When I'm home, I wake up early. It's not even a choice anymore. My dad was an early riser."

It was in "Pedro" that Watt met his future Minutemen co-founder when D. Boon jumped out of a tree on top of him -- a scene like something out of Jackass which incidentally used the jangly guitar riff of the band's song "Corona" as an intro. "It's hard to say what my life would be without the D. Boon situation."

At 56 and "short a few teeth," Mike has lived the lives of ten average musicians combined. From the beginning, music was played for the sake of playing music, not for "green." Today, Mike continues to play and tour... hard. "When you ain't playin', your payin'," he laughs. Currently he is on tour in Europe with the Missingmen. He is the bassist for Iggy Pop and the Stooges as well as countless other projects that keep him away from home. "On the road, you want your health. When you are young, you can get away with more. Now, that makes sickness get you."

During the first week of touring, regardless of the situation, Mike experiences nightmares. "People chasing me, trying to break into the boat. I feel helpless." With time and adjustment to the road, he feels a diminished anxiety and eventually the nightmares go away. "I think I'm trying to reconcile my little failures, and man are they exaggerated in dream world baby! It's hard not to be scared of everything that can go wrong."

Depending on the project or tour, Mike's sleep situation varies dramatically. "Anytime you are on the road sleeping away from your pad, that shit is different." He lets out a groan and continues. "Touring with a van is way different than touring on a plane. Both have challenges. Sleeping in the tube (airplane) is hard, breathing all those farts. When you are touring in the boat (van), you've got to get onto a sleep rhythm as soon as you can."

He laughs a sort of "know what I mean" sound and adds, "With the van, you're not traveling as fast, and you've got to operate it." When asked about his reputation for sleeping after sound check he confirms saying, "After the sound check, I'm back on the boat konked on the metal bench. Next thing I know someone's banging on the hatch and it's right from boat to stage. Three- to four-hour blocks... you learn to sleep in chunks. Got to be able to do that or you'll get up there thick and tired assed."

The topic of his toughest tour is brought up and without hesitation he replies, "Touring with Iggy and the Stooges... We go on late and travel early the next day." As he feigns an exhausted sigh he quips, "Man, Ig is stage diving and he's 11 years older. Amazing. I have to be on to keep up with his energy."

A small silver anchor hangs from Mike's neck and it seems to perfectly compliment the naval and military terminology he uses to describe his approach to sleep: konk as the enemy, sleeping on boats, banging on hatches, even the idea of Minutemen -- the soldiers ready to fight at a moment's notice. This battle mentality is on full display as the topic of D. Boon resurfaces.

"When D. Boon was killed, my objectives changed. He died because a driver fell asleep." Like a naval commander he succinctly spells out his mission. "Now my mantra is number one, get my guys back safely and number two, kick ass on stage."

Eventually tours end and Mike returns home to Pedro where his sleep routine changes radically. "My hours are different at home. No gig, and I'm knocked at 8:00 p.m. and waking between 4:00 and 5:00 a.m." For the most part, Mike's sleep is sound outside of one small problem. "It's hard to hold your pisses when you get less younger [sic]."

The years spent sleeping on stages after sound checks and in vans between gigs have left a permanent mark on Mike's sleep when he's home. "I've got no bed in my pad," he admits. "All my life I always ended up on the deck. When I was a kid and slept in the bed, I always fell on my face. Fuck that shit. Now I konk on a rug." He pauses to give me some time to finish painting a mental image of his sleeping situation. "Soft beds are the lamest. There's something about firmness. When I went to Monticello, Thomas Jefferson believed that you should not sleep with too much blood in your head. He was also 6 feet tall and probably couldn't fit in his bed... like me in the boat... it's not wide enough, so I like a little angle. He lived to his 80s, so fuck, he must know something."

Today this music legend views sleep as the gas in his tank. He drinks his coffee strong in the morning and kayaks or bicycles three days a week. "Of all the things I do for myself, routine really helps. You've got to see the big picture, and that's hard for a young person." At the center of his routine is sunlight. "I'm way too connected to the sun," he interjects suddenly. "As soon as the sun goes down I get tired." Once in bed, Mike avoids light. "A big secret for me is a konk mask." Mike has found over the years that eliminating light can make a huge difference in his sleep.

Mike wraps up his thoughts about music, life and sleep with one more image taken directly from ancient maritime combat. "As you get older, your resources do diminish, but I ain't going down with the ship. You've got to make the most of what you've got. I've got my battle wounds. My knee is fucked up, but middle age is not all the way lame ass." His words echo a line from "One Reporter's Opinion," a Watt-penned gem off their third and arguably most influential studio album, Double Nickels on the Dime. "Between the yelling and the sleep, pain is the toughest." In spite of painful times, Mike Watt has finally found his unique way of achieving sleep in a life spent yelling into a mike.