Sleep deprivation has become a bigger and bigger problem in the U.S., with 40 percent of adults getting less than the recommended seven to nine hours per night, and one-third of U.S. workers getting six hours or less of sleep per night, according to the Centers for Disease Control and Prevention. Long work hours and lengthy commutes may be partially blame, new research from the University of Pennsylvania finds.

Scientists have pointed towards a potential solution -- but it would require a drastic change to the typical American workday. Pushing back work start times could help combat chronic sleep loss, according to the study, published in the December issue of the journal SLEEP.

The researchers analyzed the sleep habits of nearly 125,000 Americans over the age of 15, using eight years' worth of data from the American Time Use Surveys. They found that more than any other activity, people shorten their sleep time because they're working. Respondents who got less than seven hours of sleep per night also had longer commutes, began their commutes earlier in the morning, and ended their commutes later in the evening than normal sleepers.

“The evidence that time spent working was the most prominent sleep thief was overwhelming,” the study's lead author, sleep researcher Dr. Mathias Basner, said in a statement. “Potential intervention strategies to decrease the prevalence of chronic sleep loss in the population include greater flexibility in morning work and class start times, reducing the prevalence of multiple jobs, and shortening morning and evening commute times."

The findings showed that for every hour later that work or education started in the morning, sleep time increased by roughly 20 minutes. Workers who started the day at or before 6 a.m. slept only six hours on average, while those who started between 9 a.m. and 10 a.m. slept an average of 7.3 hours. Self-employed workers, who presumably had more flexible schedules, were 17 percent less likely to get insufficient sleep.

The idea of pushing the workday back an hour or two might seem radical to some employers, but the benefits for both employee well-being and the bottom line could be significant. plenty of research shows that sleep deprivation can have a detrimental impact in the workplace. Sleep deprivation is linked with reduced productivity, difficulty focusing, lower job satisfaction and impairments in innovative thinking. Overall, sleep loss is estimated to cost the U.S. $63 million in lost productivity.

A Scientific Case For Starting The Workday At 10 A.M.
Health Effects Of Shift Work 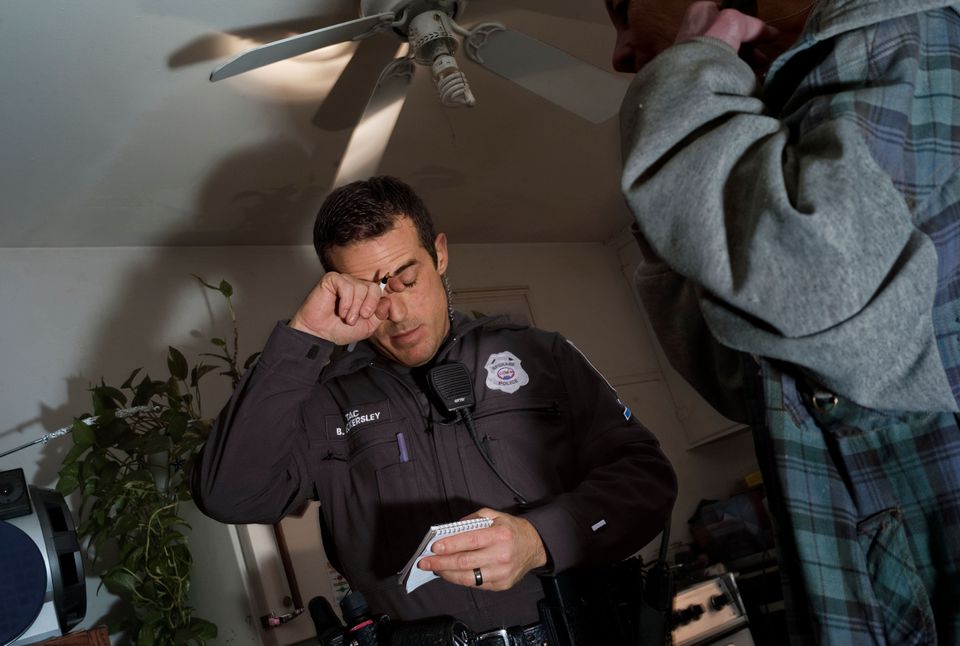 1 / 7
Hurts Your Sleep
A study of police officers found a strong link between working the night or evening shift, and <a href="https://www.huffpost.com/entry/police-sleep-shift-work-_n_1686727">getting fewer than six hours of sleep</a> a day. The research, published in the journal <em>Workplace Health & Safety</em>, also showed that police officers who got fewer than six hours of sleep a day had more than a <a href="https://www.huffpost.com/entry/police-sleep-shift-work-_n_1686727">doubled risk of bad quality sleep</a>, compared with those who got six or more hours of sleep a day. And in another study in the journal <em>SLEEP</em>, University of Buenos Aires researchers found that shift workers were more likely to experience <a href="http://www.cbc.ca/news/health/story/2007/08/02/serotonin-shift.html">lower serotonin levels</a> than non shift workers, which could thereby impact sleep, CBC reported. Serotonin, the "feel-good hormone," is also known to impact sleep.
Alamy