Archaeologists working in Ethiopia have discovered a remarkable treasure trove of artifacts dating back to the first and second centuries -- including the skeletal remains of a mysterious woman that some are calling "Sleeping Beauty."

“She was curled up on her side, with her chin resting on her hand, wearing a beautiful bronze ring," Louise Schofield, a former curator at the British Museum in London and the leader of the excavation, said of the woman, the Guardian reported. "She was buried gazing into an extraordinary Roman bronze mirror. She had next to her a beautiful and incredibly ornate bronze cosmetics spoon with a lump of kohl eyeliner.” 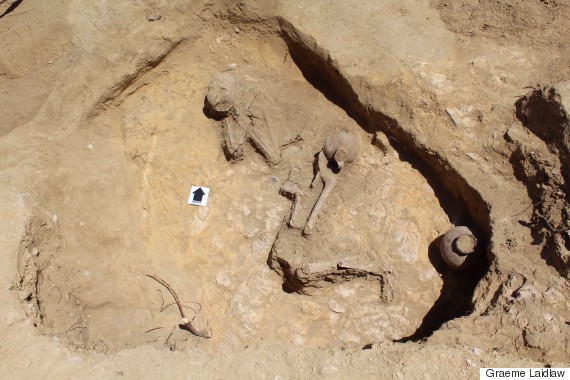 The grave in Ethiopia where the woman dubbed ‘Sleeping Beauty’ was discovered.

The woman's remains and the artifacts were found in one of 11 uncovered graves discovered in May during a six-week excavation near the northern town of Hawzien, Schofield told The Huffington Post in an email.

The excavation site is about three hours southeast of Aksum -- an ancient city that was once the capital of the Aksumite kingdom, a large trading nation that lasted from the first through the eighth centuries. 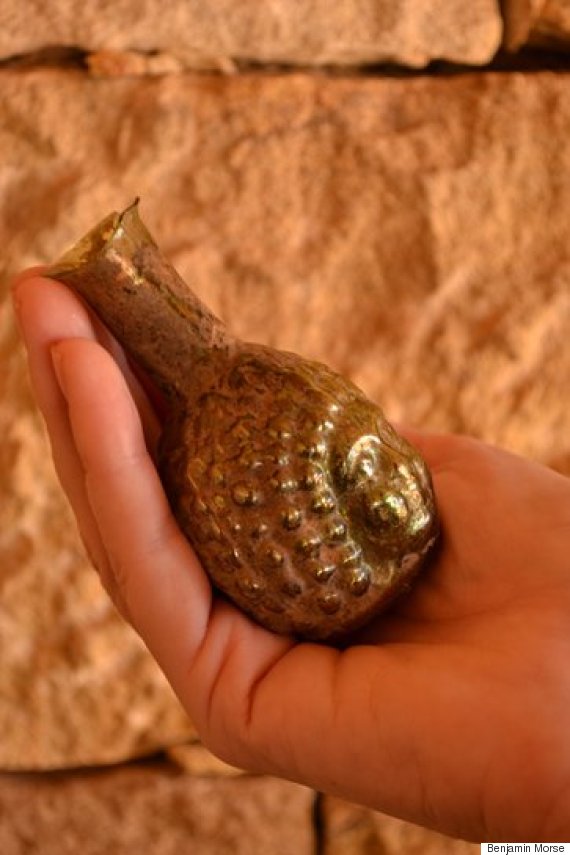 Perfume flask found in another grave at the site.

In addition to elaborate necklaces, iron bangles, glass vessels, and clay jugs, the site yielded artifacts from the Roman Empire. That suggests that Romans and Ethiopians were trading much earlier than previously thought.

“Ethiopia is a mysterious place steeped in legend, but nobody knows very much about it,” Schofield told the Guardian. “We know from the later Aksumite period –- the fourth and fifth centuries, when they adopted Christianity –- that they were trading very intensely with Rome. But our finds are from much earlier. So it shows that extraordinarily precious things were traveling from the Roman Empire through this region centuries before.”

The artifacts will go on display in October in a new German-funded museum in Wukro, a town located about an hour from the excavation site.