In 2010, Mindy Kaling told New York Magazine that "You've Got Mail," Nora Ephron's second film starring Meg Ryan and Tom Hanks, helped her fall in love with New York. If that movie is a "love letter" to New York City, then Ephron's "Sleepless In Seattle," is surely a love letter to love.

The first time I saw "Sleepless," I was in elementary school, staying home for a sick day and I've since watched it too many times to count. I'm fairly certain that the movie is responsible for my optimism about long-distance relationships, my aversion to ever seeing "Fatal Attraction" and my conviction that Tom Hanks is the perfect man. I challenge you to watch "Sleepless" without developing a serious soft spot for every character in it -- and a nostalgia for the days when people sent letters to each other to express their adoration instead of simply stalking a potential romantic partner on Facebook.

The film celebrates its 20th anniversary today, just 24 hours before the anniversary of its scribe's death. In honor of two decades since Annie Reed and Sam Baldwin found love on the top of the Empire State building, we've rounded up our nine favorite quotes from the film. Thanks for teaching us about romance, weepy old movies and "magic," "Sleepless In Seattle." 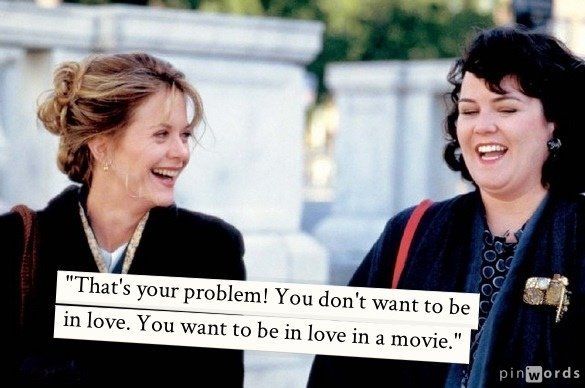