Chew on this: When it comes to eating healthfully, our environments may be working against us.

Not always on purpose. But simple elements -- from the color paint in our kitchens to the size of the plates we use to whether we eat lunch at our desks or in the office break room -- all seem to influence the way we eat.

Fortunately, food psychologist and behavioral economist Brian Wansink, Ph.D., director of the Food and Brand Lab at Cornell University, has some actionable tips for not getting duped by our environments. Wansink literally wrote the book on mindless eating, and now his new book -- titled Slim By Design: Mindless Eating Solutions for Everyday Life, out Sept. 23 -- explains how we can avoid having our diets derailed by the design of our homes, restaurants, offices and grocery stores.

"We find 80 percent of all eating decisions are made within five miles of where you live -- it's your home, it's the two or three most-frequented restaurants, it's where you shop for groceries, it's where you work," Wansink tells HuffPost. The aim of the book is to give readers "a bunch of things you can do as an individual ... as well as small changes you can ask restaurants, grocery stores, schools and work sites, that will help you mindlessly eat better."

In fact, Wansink points out that many of the design tweaks offered in the book -- for restaurants to make side salads a more attractive menu option than French fries, for instance -- are not only good for people, but are also smart from a business standpoint because they could end up cutting costs.

We asked Wansink to share some of the biggest dietary pitfalls in our environments and easily implementable tips from his book to set ourselves up for eating success:

At the grocery store... 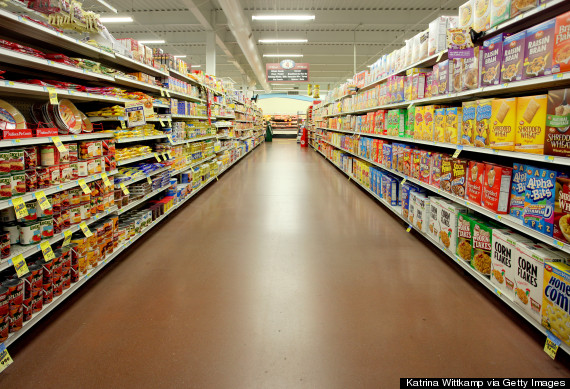 The pitfall: Falling for the snack food aisle. When you're perusing all those processed snacks, "you start imagining or simulating what it would be like to eat those potato chips," Wansink says. The crunch, the crinkle, the saltiness -- "the more you simulate it in your mind, [the more] you think 'Oh, I need some potato chips.'"

The fix: Before you step foot in the grocery store, pop a piece of gum in your mouth. Wansink found in his research that when you give people a piece of sugarless gum, not only do cravings and hunger for foods drop, but they also buy less snack food. 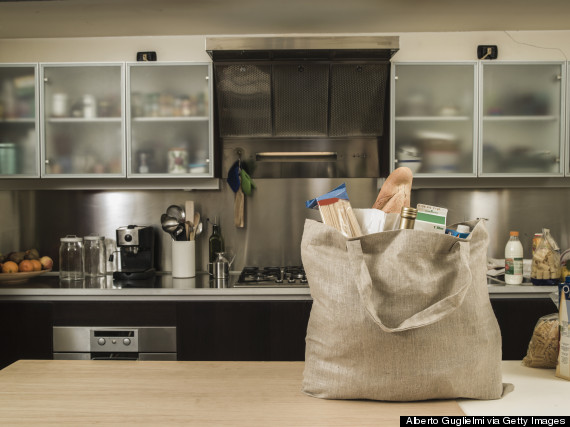 The fix: Keep fruit out instead. That study also showed that people who keep a fruit bowl out weigh 8 pounds less than their neighbors. "You can debate the causality: Is it slim people who have fruit bowls, or do fruit bowls make you slim? I don't know. But if you want to be slim, once you start at least doing what [slim people] are doing, you're tilting the field in the right direction," he says. 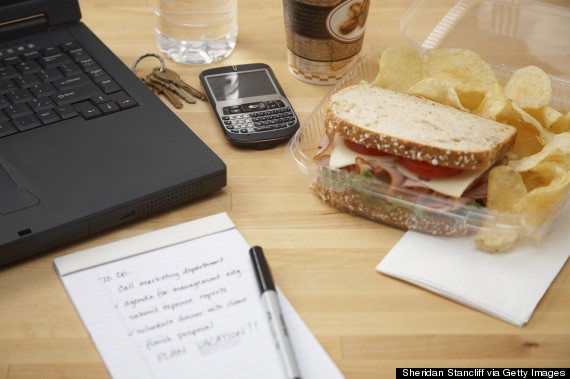 The pitfall: You eat lunch at your desk. Maybe it's because you want to prove your intense work ethic and dedication to your coworkers or boss. Or maybe you're just too shy to ask a coworker to grab a bite with you. No matter the reason, eating at your desk is associated with eating less healthfully because people will "either eat worse foods, or they compensate later that day," Wansink explains. "Because they were such a good worker bee, they think, 'Oh, I can stop on the way home to get something for my commute home, since I had such a big day spent at my desk."

The fix: Make a point to get up from your desk for lunch. "You'll eat better, you'll eat slightly less and I think that, more importantly, you'll probably not be so stressed out," he says. 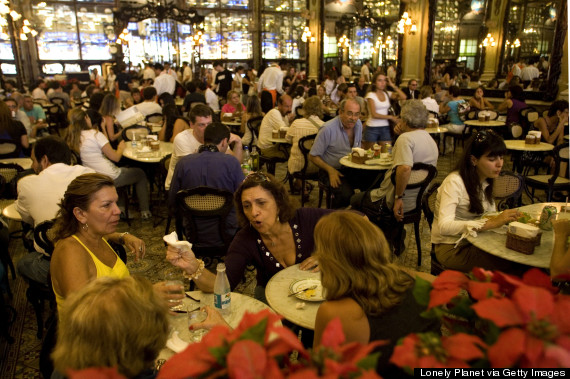 The pitfall: You order all the things. "Nobody goes to a restaurant to go on a diet," Wansink says. To this effect, it's easy to overdo it and order everything your heart desires.

The fix: Follow the "Restaurant Rule of 2." Go ahead and order the entrée you want, and then in addition to that, allow yourself to have two other items. Maybe it's a piece of bread and an appetizer. Maybe it's a glass of wine and a dessert. But what it can't be is one of everything. "We find that when people do this, they don't feel put out, they don't feel compromised," Wansink explains. "Because what happens is they think, 'Wow, I can take the two things I want most? Cool, I like that.' And on average, people report to us, they eat about 21 to 23 percent fewer calories."

For more information on what you can do to "mindlessly eat better," as well as information on advocating for healthier design at restaurants and grocery stores, visit slimbydesign.org.

How To Avoid Mindless Eating