British-based Slinkachu is no average street artist. His works are often achingly beautiful, bitingly satirical, and are always very, very small. In tone and realization, they're reminiscent of Banksy and more traditional gallery artists such as Willy Rojas and Vincent Bousserez.

He places his tiny figures, mostly made up of figurines bought from a German model railway company, in public places. He shoots photos of them, both close up and in context. And then he leaves them there.

Slinkachu's miniaturized vignettes make you laugh, make you wince, and make you look at the big world around you in a different way. A new book, "Global Model Village" (Blue Rider Press, $17.95), showcases his more international work, featuring images constructed and shot in locations including the Caribbean, the Middle East and Europe.

He also has a solo show in New York of some of the images at the Broome Street Gallery between October 3-10.

Take a look below, and see if you can spot his tiny scenes among the bigger pictures. Click 'Full Screen' to see larger images. 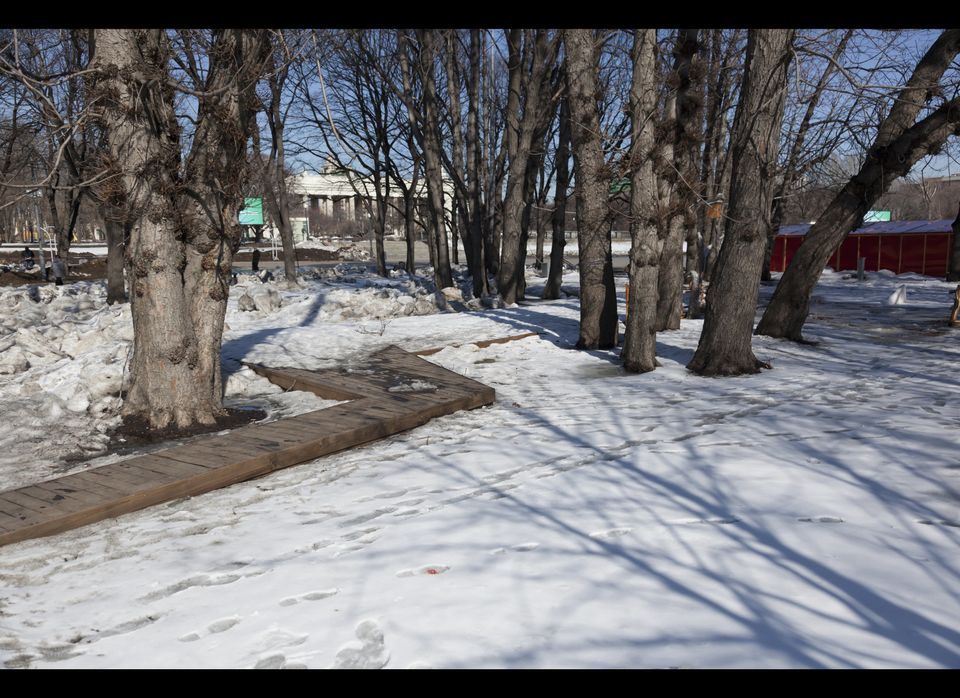