The Chicago-area Brookfield Zoo on Wednesday announced the birth of its first successful litter of sloth bears.

According to a news release, 10-year-old Hani gave birth to two sloth bear cubs on January 20 but they have been kept in a maternity den, away from zoo visitors' eyes, until Wednesday, just in time for both Mother's Day and the zoo's Bear Awareness Weekend May 18-19.

The cubs, one female and one male, weighed less than one pound and were so small they could fit in the palm of a hand at birth. Today, they still weigh just 10 to 20 pounds -- a relatively light load for mama bear, who (in a trait unusual for bears) carries her young around on her back.

According to the National Geographic, sloth bears are native to the forests of South Asia and feed primarily on termites and ants (we've got plenty of those in Chicago!). They are considered a vulnerable species. 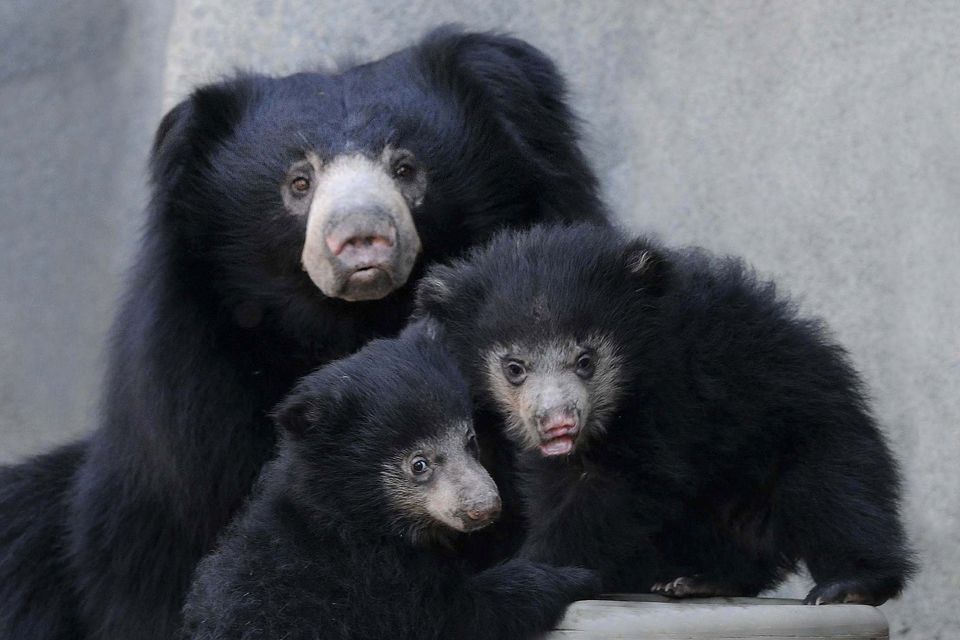