Let's pretend we all live in some dark parallel universe where we get to own only one thing. Gold bullion, love letters, passports -- everything has to go except your one thing, and there is a mean-spirited enforcer wearing a cloak and carrying a machete who enforces the rule.

In two seconds, I would be headless. I could not choose between my brown mascara and my slow cooker.

Thanks to my upsettingly light-colored eyelashes, leaving the house without a thick coat of brown mascara means that I look as if I have no lashes at all. This has led to total allegiance on my part. I wear mascara camping. I wear mascara to open the door for the UPS man, whose only delivery to our house is industrial-size boxes of diapers.

On the other hand, life without my slow cooker is also not possible. First off, my children would starve to death -- and not quietly either, but loudly, pointing their withered fingers in my direction as they moaned to their father, "It's all her fault that we're wasting away... her and her mascara."

This is all to say that I am unable to provide sufficient calories to myself or my family without my slow cooker. I love my cooker, a $50 model meant to look like a black kettle, and we go back a long way -- from those first failed attempts at brisket (known forever in our family lore as the Night Mom Made a Hunk of Saddle for Supper) to my recent triumphs with black bean soup and Moroccan chicken.

The truth is, I work, and even when I wasn't working, I still got distracted by, oh, surprises like my toddler eating a chair (okay, just the cushions) while I tried to cook spaghetti sauce. Last weekend, I tried to go back to the old-fashioned stove to make pinto beans, which I was then going to transform into refried beans, but I forgot about the beans, went out for a coffee, stopped to talk to a neighbor and came back to find black smoke funneling through my apartment. It was like the tornado in "The Wizard of Oz," with great boiling, bean-smelling clouds.

So, it was right back to the slow cooker, into which you dump all the ingredients and walk away for eight hours, no toil or bubble or trouble.

And yet... I have to admit one thing. Nobody wants to admit it, but it's true: Slow-cooked dishes are convenient and fortifying and liberating and smell better than any other kind of food on earth -- but they're not as delicious as regular stove-cooked dishes. They are tasty. They are yummy even. But an A-plus dish on the stove will be a B dish in the cooker -- flavors dim and dwindle, meat loses a bit of its heft and texture, potatoes and other carbs over-soften.

There are, however, a number of techniques you can use to elevate that B dish to a B-plus (which for me is just fine; I live a B-plus life). Most of them have been featured relentlessly in cookbooks and food magazines -- for example, always browning your meats, placing your vegetables on the bottom, using a timer to keep the cooker from overcooking, not adding too much liquid. Further, in my experience, you can also use a few specific foods to add an extra bolt of flavor to your dishes -- what I like to think of as a punch in the taste buds -- which will ratchet that same dish up to an A-minus. I called a few experts to confirm my hopelessly amateur theories, and together, we came up with a list of magical mystery ingredients for real-life slow-cooker cooks.

Branch Out
Dried herbs lose their flavor after a few hours of slow cooking and leave the dish bland or muddy tasting. Meanwhile, fresh leafy versions like basil and cilantro just fall apart. You can always add the herbs last, at the end of the day, but that requires energy -- not to mention thinking skills. For herbs that function essentially like more-sophisticated onions -- toss in, walk away, retain taste -- Michele Scicolone, author of The Italian Slow Cooker and The French Slow Cooker, recommends "the woodies: rosemary, sage and thyme."

Mellow Yellow
Garlic is one of those flavors that really become richer rather than fade in the slow cooker. "So many stove dishes have that strong raw-garlic taste," says Scicolone. "But that's not how Italians cook. The truth is, most of us don't cook our garlic sufficiently." A slow cooker, on the other hand, controls the timing, allowing garlic to "deepen and mellow." (My trick: cutting garlic into long vertical strips, which helps it hold up under long cooking times versus the traditional mincing.)

Spicier Spices
Slow cookers were made for chili -- if only because of their vat shape, which harkens back to cowboy soup pots. Travis Rea of Williams-Sonoma suggests using chili powder, black pepper, paprika, cinnamon, cumin, cardamom and coriander, "many of which can taste harsh and bitter when uncooked but become sublime when cooked over time."

Boxed Tomatoes
Most of us use canned tomatoes for spaghetti sauce (a perfect dish for a slow cooker). But in Italy, the world's Eden of tomatoes, Italians use boxed tomatoes that are vacuum sealed, similar to the small boxes of milk people toss into lunch bags. The difference is -- no exaggeration -- heart-stopping. Sauces taste chunkier, livelier, meatier -- more like tomatoes you might find in your garden. (My favorite brand is Pomì, and I order by the case.)

All Dried Up
Canned beans are already mush, so when you add them to a slow cooker, you get double mush. Dried beans, on the other hand, cook to firm perfection. (Note: The key to beans is almost always texture.) Plus, dried beans are easier to prepare. You don't have to open anything or even presoak. You rip the bag and dump. (I never wash and sort my beans. Then again, I never sort my socks either.)

The Secret Oddity
Anchovies lose their fishiness and add complexity and depth with slow cooking. "They are an amazing flavor booster," says Rea. Meanwhile, Scicolone relies on mustard. "It adds zing and holds up really well," she says. "I add it to everything, stews especially."

My Secret Oddity
The skinless, boneless chicken thigh, whose existence I have contemplated (how do they get the bone out?) over the cutting board to no end or perhaps even purpose. As the chicken cooks, there's no limp, dimpled, icky skin to fall off the bone, unlike with drumsticks, and the dark meat stays moist and rich and won't dry out, unlike breasts.

Any of these ingredients can be swapped out or added to the ones you regularly use in your slow-cooker recipes. (Hint: Check out these don't-miss dishes in Cooking With a Crock-Pot.) When you taste the difference, you just might be tempted to give up your version of brown mascara -- because if we're picking a new reality, we might as well pick one in which we all just eat and enjoy life and forget this nonsense about how we look. 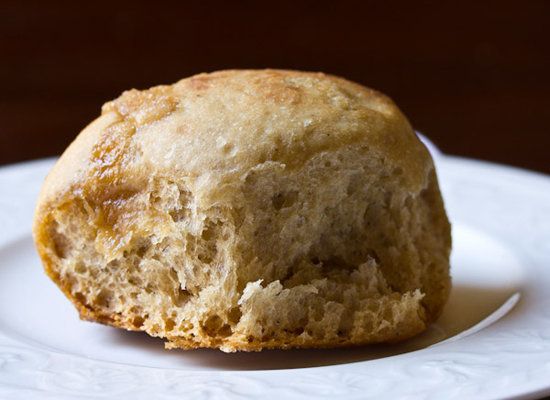