A new small primate with a toxic bite and distinctive facial fur markings has been discovered in the jungles of Borneo.

The new slow loris species is found in the highlands of the island of Borneo and has been named Nycticebus kayan, after a major river, the Kayan, flowing through the region. The trio of scientists also found that two species previously considered sub-species in the Nycticebus genus are officially unique species.

"Historically, many species went unrecognized as they were falsely lumped together as one species," researcher Rachel Munds, of the University of Missouri Columbia, said in a statement.

Closely related to lemurs, the slow loris is found across Southeast Asia, from Bangladesh and China's Yunnan province to Borneo. To distinguish between species, the researchers focused on the seeming face masks of Borneo's slow lorises; fur patches cover their eyes, while their heads are covered with differently shaped caps. The examined photographs and museum samples for eight face mask features, finding there were four species of Bornean lorises. [See Photos of the Slow Loris Primates]

The new species to science, N. kayan, showed a dark, highly contrasting face mask, with dark patches around its eyes. From the specimen examined, the species is about 10.8 inches (273 millimeters) long and weighs about 14.5 ounces (411 grams). The other species include: N. menagensis, N. bancanus and N. borneanus. (N. menagensis had already been recognized as a species.)

The newly identified species illustrate the breadth of biodiversity yet to be discovered in the jungles of Borneo and nearby islands, the researchers noted. The slow lorises, as with other animals on these islands, face threats from human activity.

"The pet trade is a serious threat for slow lorises in Indonesia, and recognition of these new species raises issues regarding where to release confiscated Bornean slow lorises, as recognition by nonexperts can be difficult," said study researcher Anna Nekaris, of Oxford Brookes University in England, in a statement.

Munds, Nekaris and co-author Susan Ford of Southern Illinois University also note this week in the American Journal of Primatology that their results confirm the use of fur color and pattern as a valid way of distinguishing between species of small primates. Some researchers, they wrote, had claimed that because Bornean slow lorises are not a diverse group because they share similar cranial features and all are lacking an upper second incisor. The new study suggests otherwise, the team added. 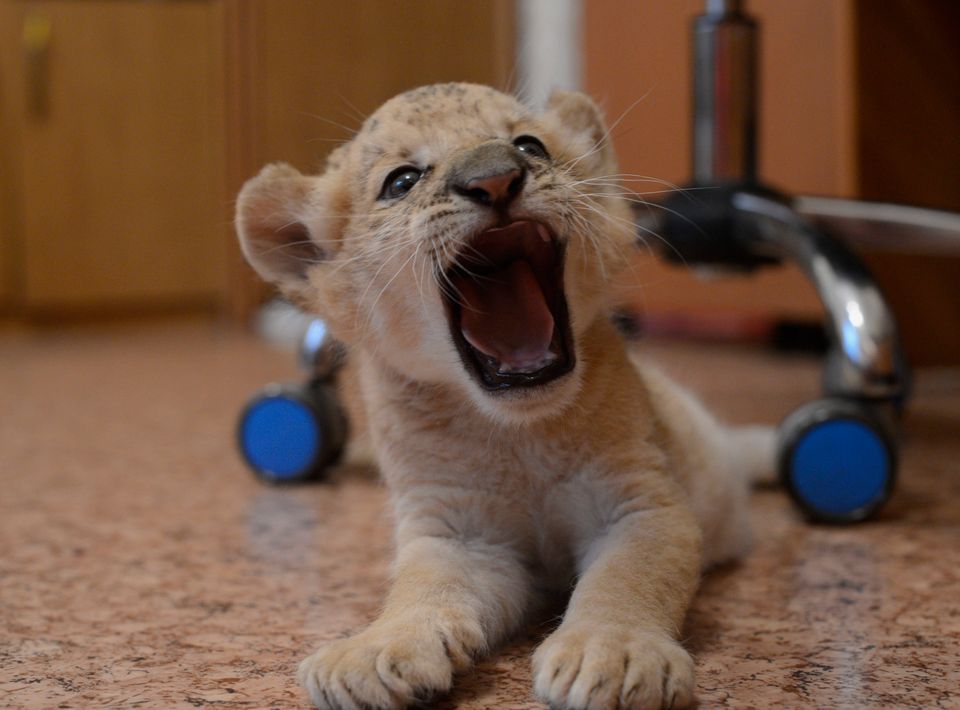 1 / 10
Female liliger cub Kiara, a hybrid between a lion and a ligress, at the Novosibirsk Zoo, in Novosibirsk, eastern Sibiria, Wednesday, Sept. 19, 2012. Kiara is the first female liliger born over a month ago at the Novosibirsk Zoo. Kiara's mother, Zita, stopped producing milk almost immediately after giving birth, so Zoo employees placed Kiara in a separate facility and feed her with a special milk mix. The cub plays with a house cat which also provides motherly warmth. (AP Photo /Ilnar Salakhiev)
AP