We know you love animals -- they help keep us calm, teach us how to be better to one another, and even predict which team will win the Super Bowl. Animals are the best.

To celebrate that fact, we've rounded up some mesmerizing slow motion GIFs to show you some of these guys in action, and help understand what makes them so amazing.

House cats can jump up to five times their height.

But most don't have a reason to. Especially when they're sleeping away nearly two-thirds of their lives, as the average house cat does.

They can climb vertical surfaces, too.

A cat in the UK is known for getting home in an unusual way -- by scaling the 13-foot wall around his house. Neighbors started calling him "spider cat" for his unusual climbing prowess.

And, of course, always land on their feet.

With their aerial righting reflex -- in which both halves of the body twist around a many-vertebraed spine in order to right itself -- cats are able to shift into a landing position. Front paws are close to the face to shield it from impact, and all four leg joints absorb the shock.

Dogs are about as intelligent as two-year-old humans.

Research presented at the 2009 Annual Convention of the American Psychological Association in Toronto suggested the smartest dogs can understand a maximum of 250 words and gestures -- about as many as a two-and-a-half-year-old human. The average dog, however, can understand about 165 words and gestures, around as many as your average two-year-old, the researchers say.

(And just as graceful.)

In the intelligence department, researchers found collies and retrievers, bred to follow signals, to be smarter than terriers and hounds, who were bred to hunt. Fun fact: Paul McCartney included an ultra-high-pitched whistle at the end of "A Day In The Life" for the enjoyment of his Shetland sheepdog.

Water sticks to the back side of a dog's tongue.

Although it appears that dogs scoop water into their mouths using backwards-curled tongues, it's actually adhering to them, creating a column of water that the dog can snap back into its mouth. Cats use a similar method, but are much neater and less slobbery about it. Harvard University researchers postulated that's because dogs are "a bit more exuberant -- they don't worry about spreading the liquid around and making a mess."

Wild parakeets roam the skies of Chicago, London and other urban places.

Products of the pet trade in the mid-1960s, escaped parakeets found one another and began to breed in major urban areas, adapting to the change in habitat surprisingly well. The species is native mainly to South America, where they're seen as pests. But their bright plumage is a welcome sight in northern cities.

Mammals can shake off 70 percent of the water on their fur in a few seconds.

How does a small dog generate that much force? Through a combination of loose skin and rotating its backbone a bit, according to researchers at Georgia Tech. When a dog shakes, its skin whips around at three times the speed of its backbone, generating nine times as much force on the water and allowing them to give anyone who gets too close a quick shower.

Yikes. Crocs' main method of propulsion is by moving their powerful tails in an S-shape, which helps them swim up to 20 MPH. Sometimes vertically. They generally stay very still until prey is nearby, striking out in a very quick and horrifying fashion.

Sugar gliders can sail over 300 feet.

A thin stretch of skin between its arms and legs serves as a sort of parachute, with its long tail helping it steer. We don't necessarily recommend keeping these guys as pets, but apparently they're happy to use these evolutionary traits indoors as well.

Great white sharks can smell a single drop of blood a mile away.

And JUMP OUT OF THE WATER. So if you nick your leg in an area known for sharks, maybe be careful about taking a dip. Although, comparatively, humans are much, much bigger threats to sharks than they are to us, as illustrated concisely by this infographic.

Most birds don't leap into the air to take off. Their wings generate all the propulsion they need.

Hawks and some other species are capable of jumping into the air, but many smaller birds rely on other forces due to their weak legs. Bank swallows fall from a height until they reach an appropriate speed to spread their wings, and sandhill cranes will run into the wind, sort of like an airplane.

Rattlesnakes' rattles are made of the same material as human fingernails.

Rings of keratin make up the end of the snake's tail, which becomes longer each time it sheds its skin. But determining the animal's age isn't like counting the rings on a tree -- like our fingernails, the rattles can tear away.

Red kites are thriving again in Britain thanks to all the trash.

The birds generally feast on carrion, only sometimes going for small live prey. In medieval times the penalty for killing a red kite was death, because the birds helped clean up old food from the streets so well, but in later centuries they were poached to the brink of extinction.

And they're really good at catching them. There's a myth that bald eagles sometimes catch fish that are too heavy and, since their talons lock into place, drown trying to carry it away. But that's not exactly true. While on rare occasions theirs might interlock with other eagles' talons, they can unhook their claws from prey. If an eagle hooks a fish over four or five pounds and can't fly, they've been known to swim to shore using their six-foot wingspans.

To wild gazelles, they're fearsome, but cheetahs are actually known to be naturally non-confrontational animals -- they'll run away from anything that scares them. And they can get from zero to 60 MPH in 3.4 seconds, so good luck trying to keep up. Pairing cheetahs with dogs, on the other hand, helps calm the endangered animals enough so they can breed.

A group of Stanford researchers took a high-speed camera to an in-flight hummingbird, hoping they'd glean secrets of flight that they could apply toward robotics. They noticed that, as the birds flapped their wings at a rate reduced to a mere blur in human eyes, their spines wiggled, giving researchers new clues as to how the birds "hover."

They may or may not be among the smartest creatures out there, but fossils unearthed in Pakistan suggest that whales and dolphins have evolved from an ancient, four-legged, dog-like creature with a long tail.

PHOTO GALLERY
You've Never Seen Dogs 'Shake' Like This Before 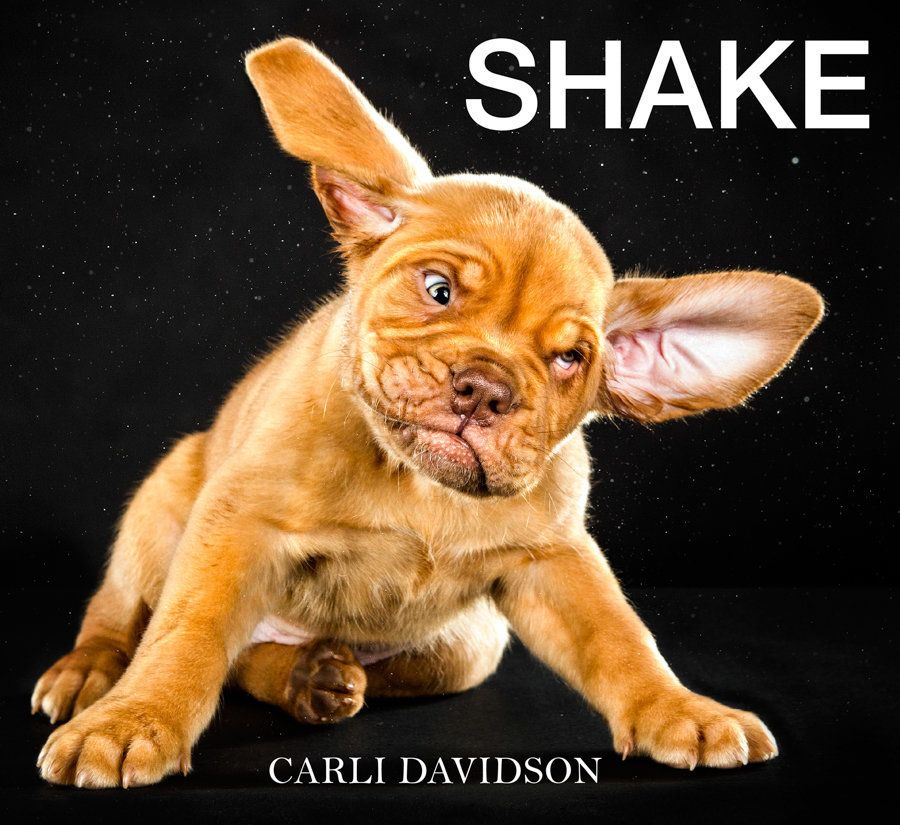