Many fad diets are based on ridiculous premises: eat lots of cabbage!; inject yourself with hormones produced by pregnant women!; staple your ears!

Now, courtesy of a 1965-era Barbie, comes another outlandish idea to help keep the pounds off: starvation. We've always known Mattel's iconic Barbie doll may not be the most healthful source for advice on keeping a trim figure, but the "Slumber Party Barbie," produced in the mid-1960s, really takes the cake.

Among the doll's accessories are a small plastic scale permanently set to 110 lbs., and a diet book titled "How To Lose Weight," because who doesn't go to a sleepover without their diet book?

According to the Daily Mail, Mattel dropped the scale from Slumber Party Barbies produced the next year, but the diet book -- and its terrible advice -- lingered on until at least 1967.

PHOTOS of the "Slumber Party Barbie" and her questionable diet accessories: 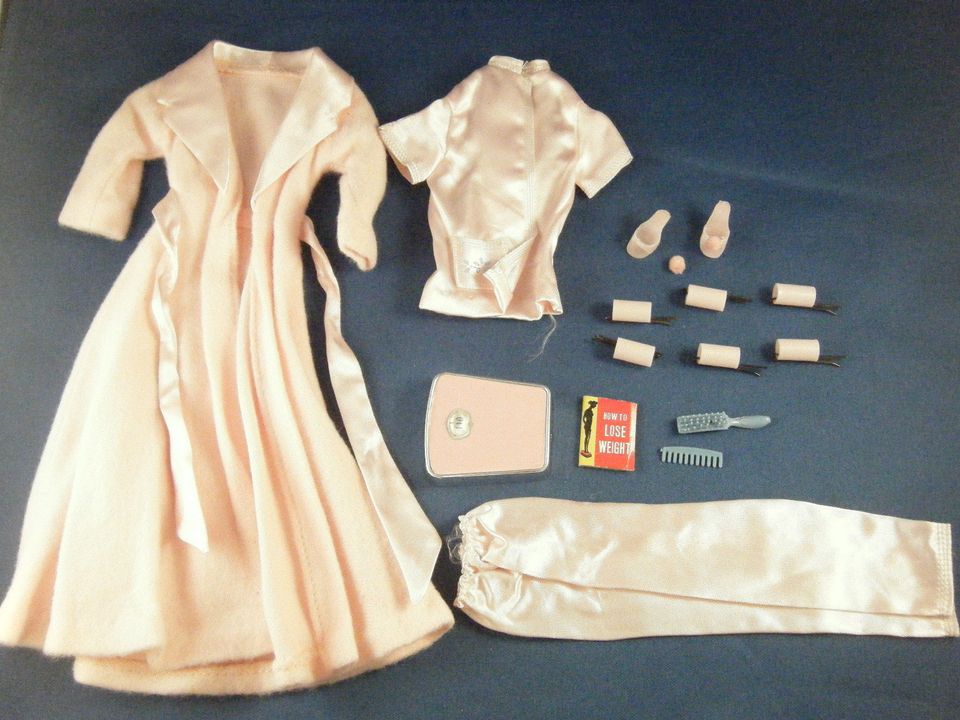