When Nantucket-based photographer and surfer Jonathan Nimerfroh went to the beach on a frigid 19-degree day last week, he saw something he’d never seen before: slushy, half-frozen waves rolling up to the shore.

“I could see the horizon off the water, and it looked really bizarre,” he told The Huffington Post. “I just couldn’t believe there was this slow-motion set of little waves moving in.”

Nimerfroh says he knew there would be waves of some sort, but thought that since the wind was blowing out, it would be "a total washing machine." Instead, he found perfect sets rolling in with waves 2-3 feet high (those photographed below, he said, were probably more like one-footers).

"Since it was so frozen, the waves were like these glassy Slurpee barrels. ... The whole shoreline, from the sand to 300 yards out in the ocean, was a big Slurpee mess, and as the set got closer to shore, there was enough force in the swell to make waves," Nimerfroh said. "You could have surfed them if it wasn’t slushy.”

Thankfully, he had his camera on hand: 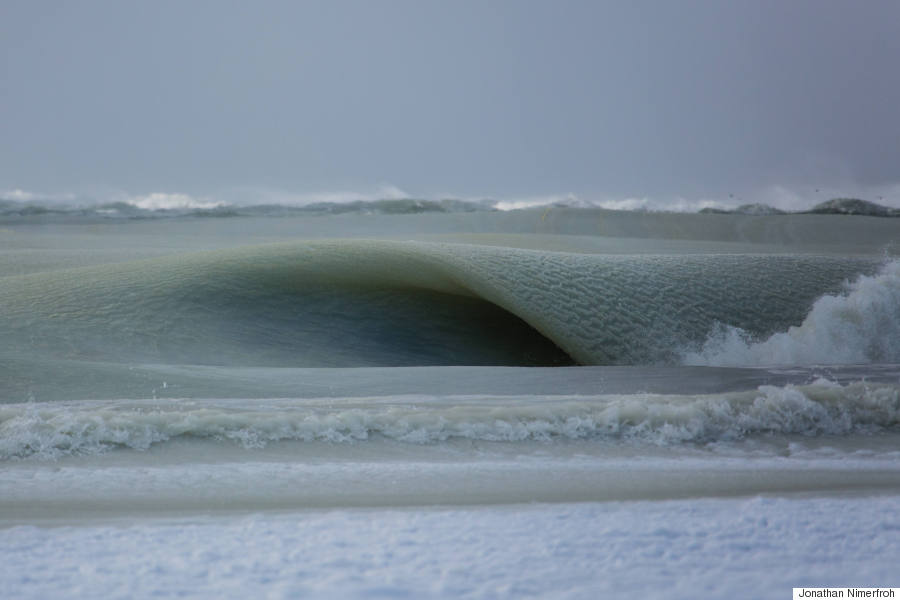 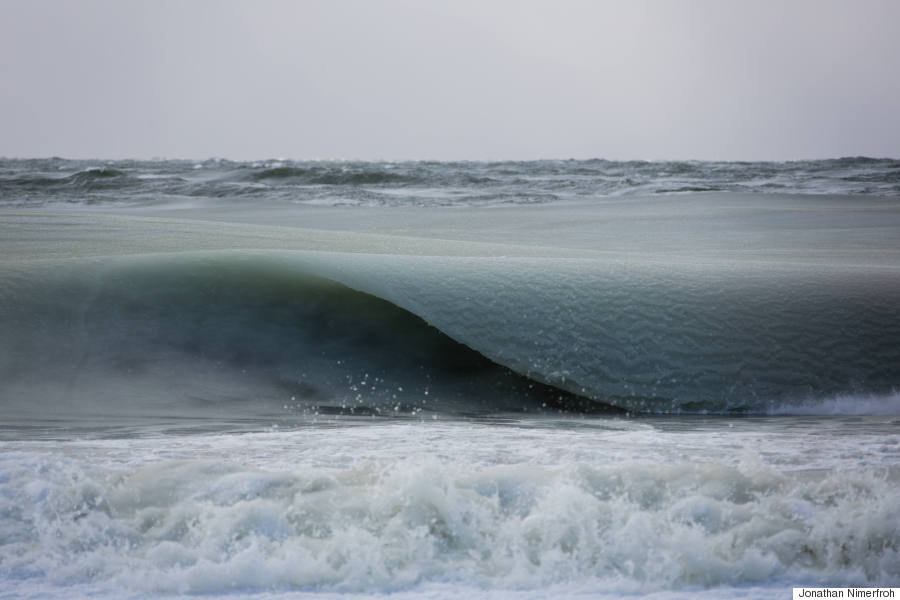 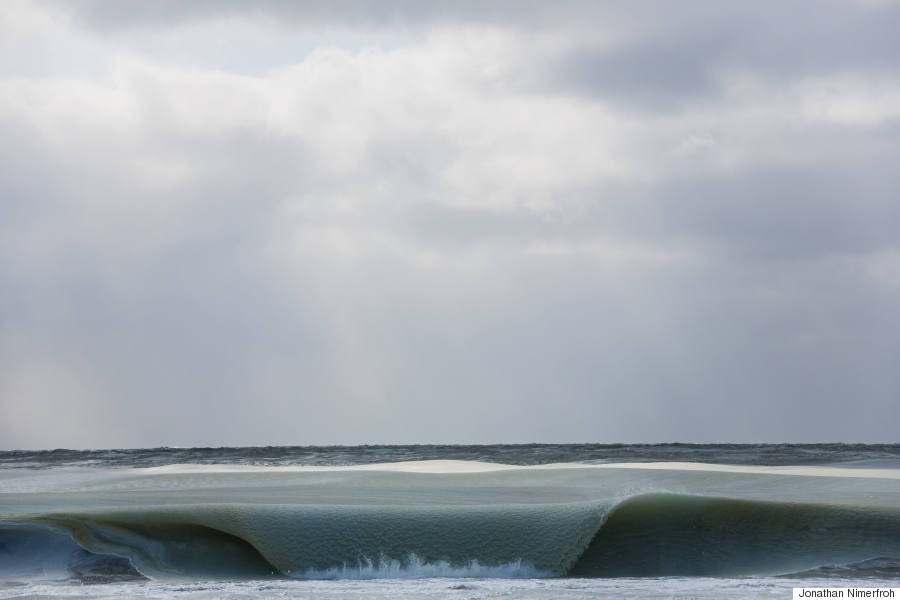 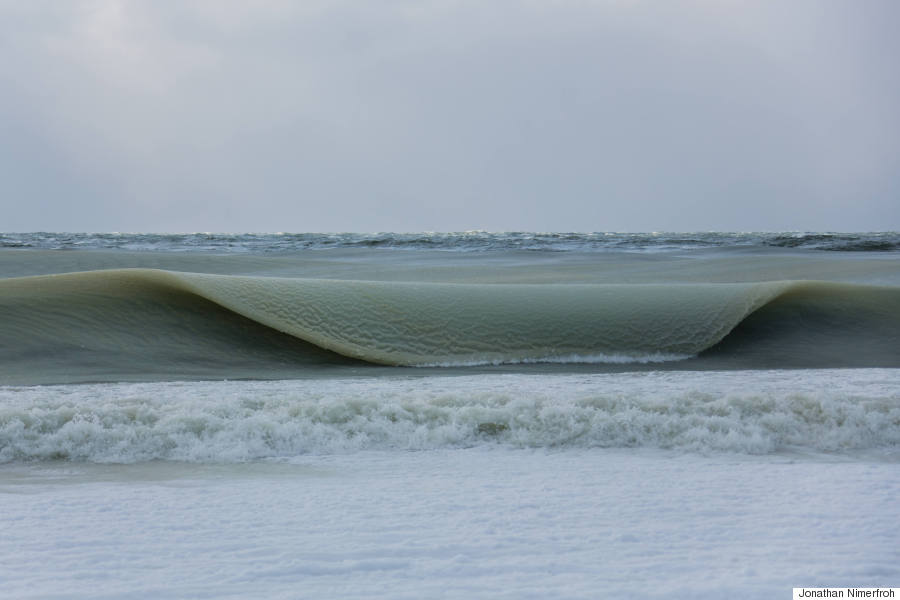 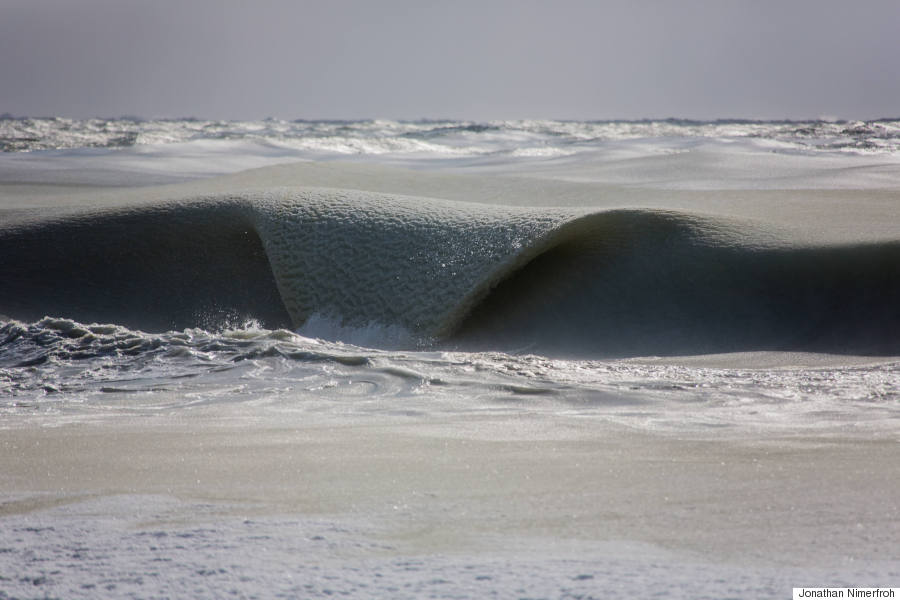 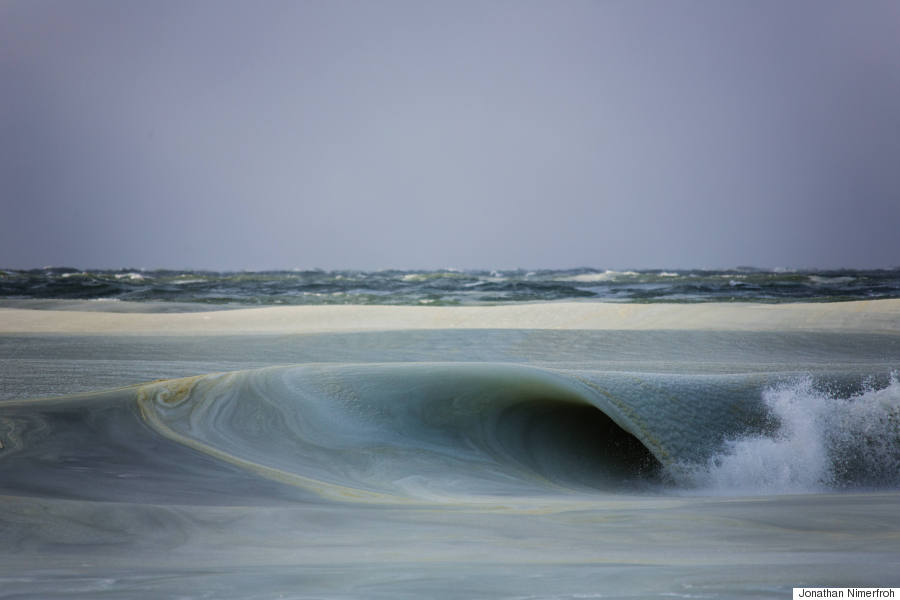