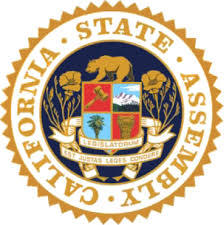 For years, watchdog groups in California have criticized the existence of a slush fund controlled by the Speaker of the California Assembly. The fund, which is not subject to any credible audit or oversight, has spent over $100 million in the past six years, mostly for pet projects and peddling political influence. While defenders of the unregulated slush fund say the money goes to worthy causes, it has often been abused. "This allows one person to have complete power of the purse strings," said Jessica Levinson, a government ethics expert at Loyola Law School in Los Angeles, in an interview with the Associated Press. In practice, a Speaker has been able to use the funds to bolster political allies by currying favor with their supporters and, at the same time, punish opponents by withholding funds for their projects. All this at the taxpayer's expense and with minimal procedures for audit or oversight.

Recognizing the abuse and waste of taxpayer funds, former Assemblyman Anthony Portantino introduced legislation three years ago that would have required fund oversight, limited the fund to legislative business and returned unspent money to the treasury. But his bill never even got a hearing. To make matters worse, then-Speaker John Perez punished Portantino for being an outspoken critic of Assembly budgeting practices by furloughing the assemblyman's entire staff, effectively shutting down representation for Portantino's district. In addition, the Speaker, through the Rules Committee, arbitrarily reduced Portantino's district budget significantly. And it's no secret that some party insiders are hoping to funnel money to opponents of Portantino in the upcoming race for a State Senate seat. Recently, both Perez and the State Party intervened in local party delegate elections, endeavoring to affect the outcome that is usually left to the locals to decide.

While watchdog groups decry the flood of money coming into campaigns from billionaires in the wake of the Citizen's United decision, political parties and elected officials having been using unregulated slush funds to wield power that is frequently unchecked and abusive. And most of our elected representatives look the other way, since they can potentially benefit by going along to get along. What many voters -- even many activists -- fail to recognize is the role that political parties play in the increasingly corrupt practices of American politics. It is true that billionaires are dumping vast sums into political campaigns, but it is generally at the behest and direction of the political parties, not simply to pursue important policy goals but to reward those who tow the party line and punish those who dare to speak out against the party powerful when justified.

Political parties have increasingly become the sole gatekeepers of American government and the pipelines through which money -- the "mother's milk" of politics -- flows. In an era in which the power of money is greater than ever and where our democracy has evolved into an oligarchy administered by the political parties, the need for transparency and accountability is greater than ever. Fortunately, current Assembly Speaker Toni Atkins has positively distinguished herself by announcing that she will end the practice of the slush fund. Meanwhile, politicians and elected officials who stand up for the principles of transparency and accountability need the support of the citizenry now more than ever.