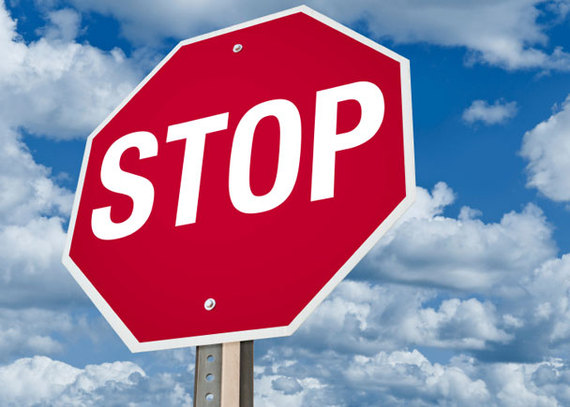 A version of this op-ed originally appeared in Forbes and can be accessed here.

Ask any small business owner about finding a loan, and it won't take long for them to tell you: it's hard work. Applying for a loan is needlessly time-consuming, from navigating the labyrinth of lenders to the three-inch thick paperwork. The process is often so complex that data from the Federal Reserve suggests small business borrowers spend over four full days of man hours searching for a loan. To make matters worse, most lenders market themselves in exactly the same way. Just Google "small business loan," and you'll see advertisements from lenders that all pretty much say the same thing: "fastest underwriting time!", "most competitive interest rates!", and "best customer service!"

There's no doubt that small business borrowers could use help navigating this complex and confusing thicket. Loan brokers purport to do just that, promising to check with lots of lenders so that the small business owner get the best loan. Brokers' promise of comparison shopping would sound good to any careful shopper, and especially busy entrepreneurs who want to focus more time on building their business than on searching for a loan.

The truth is that some brokers actually do help, offering sage counsel to small business owners to help them find the loan that best suits their needs. These respectable brokers typically earn modest fees of 1 per cent to 3 per cent, and that fee is paid by lenders without having any impact on the cost of the loans to borrowers.

But, small business owners are increasingly likely to encounter brokers who are out for themselves. In fact, unscrupulous players have emerged like wolves in sheep's clothing, and are deliberately building tricks and traps into the loan process to pad their pockets and ensnare borrowers in a cycle of high-cost debt. For example, just last week a small business owner applied for a loan on the Fundera platform and was quoted an interest rate of under 30 per cent. A few days prior that borrower had applied for the same loan product, but had gone through a broker who quoted a rate of 45 per cent. The 15 percentage point difference is what the broker was pocketing for himself as his "finder's fee", and would have been passed onto to the borrower entirely unbeknownst to them.

Unlike in the subprime mortgage crisis, the most predatory brokers aren't peddling bank loans. That's partly because banks are increasingly less focused on small businesses as a Harvard Business School working paper that I recently co-authored underscores. In the past two decades, small business loans have fallen from half of all banks loans to just about 30 percent. But, a new crop of online lenders have stepped in to fill part of this void, originating $3 billion in loan capital in 2013 and growing at high double-digit rates.

About half of loans originated at some of the most prominent online small business lenders come from brokers, many of whom cut their teeth in the run-up to the subprime mortgage crisis. The prevalence of brokers in online lending is a big reason why interest rates at some of the most prominent online lenders can reach as high as 130 percent. Luckily many of the best online lenders are trying to distance themselves from brokers, and have made progress in pushing their share of the market down from as high as 70 percent just a few years ago.

But, as finding creditworthy borrowers isn't easy, brokers are likely to remain a feature of the burgeoning alternative lending industry for the foreseeable future. That's going to be a dangerous dynamic because there isn't much that small business borrowers can do to protect themselves. We need common sense regulations to keep the most predatory brokers in check, and here are a few steps that Washington can take right now:

First, let's strengthen federal oversight. Right now, brokers operate in a veritable Wild Wild West, governed merely by a tattered patchwork of state-based rules. In most states nearly anyone can be a broker to businesses: there's no test to pass, no code of ethics to follow. Most states don't even have a cap on interest rates that can be charged to businesses. The Consumer Financial Protection Bureau (CFPB) should consider taking action at the federal level. The agency, while originally conceived as a consumer-oriented body, was given authority to oversee data collection on small business loans under the Dodd-Frank Act. And, fresh off hard-won disputes that have increased transparency for consumers in the student loan, credit card and mortgage industries, the agency may be best equipped to be the cop on the beat in online small business lending, too. In a letter sent to CFPB in May, Senator Sherrod Brown of Ohio rung the alarm that protections are needed from predatory tactics in online lending.

Require Brokers to Be Open and Honest About Conflicts of Interest

Second, let's cap the percentage points that brokers can surreptitiously add to small business loans. The Dodd-Frank Act made it more difficult for mortgage brokers to charge usurious rates in the aftermath of the subprime crisis, and it deserves consideration in the small business lending industry as well. A lighter approach could be a measured first step down this path, namely requiring that every loan broker has to be open and honest with a business borrower if they added points to their loan as part of the cost of doing business with them and how much those points cost the borrower. Both approaches could work, and either would be better than the current system.

Transparency in the Loan Process

Third, let's introduce greater transparency in the loan process. Today, when a broker calls a small business owner, they never have to disclose the full range of loan options that a borrower qualifies for. That means that a borrower has no idea that they are being pushed into a loan where the broker can reap the highest fees. Let's open up the kimono by requiring brokers to present business owners with a full range of options they qualify for. Let's also make sure that loan terms are written in plain English and shown in plain sight, and push brokers to disclose tools for making apples-to-apples comparisons with other loan products. For example, we could stipulate that every loan must come with an APR. This makes it a heck of a lot easier for small business owners to understand the true cost of a loan and makes it simpler for them to compare that loan to SBA loans or business credit cards.

Fourth, we should require that any broker has to disclose what they will do with a business owner's information. Oftentimes, in addition to connecting a business owner to a lender, brokers sell that information to other third parties, meaning that an entrepreneur who was just looking for a loan could also start getting phone calls from folks selling anything and everything under the sun.

Nearly every other consumer product sold in America has passed basic safety regulations well in advance of reaching store shelves, so why don't business owners deserve the same protection when looking for a loan? Until action is taken to bring transparency to the small business loan process, business owners--and, indeed, many good lenders--will remain at the mercy of unscrupulous brokers. Better oversight could keep small business owners safe from some of the most egregious traps, and make sure that as the alternative lending industry matures, predatory brokers don't lead us down the wrong path.

Brayden McCarthy is head of policy and advocacy at Fundera, an online marketplace that connects small businesses with financing, and was previously senior economic policy adviser in the Obama White House and Small Business Administration.