Politicians and banking executives are quick to hail small businesses as key to economic expansion and job creation. That message was front and center recently when New York Mayor Michael Bloomberg and American Express CEO Kenneth Chenault came to Rothman's, the Manhattan-based, family-owned men's clothier, and praised the store's success as a shining example of the power small businesses have to revitalize local neighborhoods.

There's just one problem: Rothman's can't get a bank loan. Much to his surprise, owner and president Kenneth Giddon was recently turned down when he sought financing for his small business.

Like Giddon, many small-business owners are exasperated by the disconnect between big banks' promises to lend to small businesses and their real-life experiences.

"I fully understand the frustration," says Nancy Bush, bank analyst and contributing editor to SNL Financial. "The rules changed -- the whole game has changed. And no one told small businesses about it."

Giddon, who has owned the landmark business his grandfather started in 1926 for 25 years and is a founding board member of the charity New York Cares, projects revenues of $7 million to $10 million at Rothman's in 2011. Yet his application for a $500,000 loan was rejected by three different large banks, two of which have long held Rothman accounts with over $500,000 in deposits.

He didn't think he'd have a problem. "Given all the rhetoric about banks [increasing] small-business lending, I thought it would completely be a layup," Giddon says. "I'm not a bash the banks kind of guy. I've not jumped on that bandwagon at all. But this has been a real eye-opener for me."

Giddon applied for the loan after negotiating a deal with his landlord for a raw industrial space a block north of his current location that would almost double his square footage. He saw it as the right time and right opportunity -- "we're going big," he says -- and went to the two banks he had existing relationships with and a third that was interested in his business. All three banks, which he declined to name, gave him the same response: Rothman's has made money every year since it opened in 1986, except in 2008 and 2009, and because of that dip, they were unable to lend him money. Giddon's response to the bankers: "Yes, we lost money in 2008 and 2009, but guess what? So did you. And I didn't get bailed out. I had to own up to it -- cut expenses, change my business, retool, be an entrepreneur and come back."

One banker questioned whether, upon getting the loan, Giddon would just turn around and cut a check to himself. "Then I wouldn't be funding my business," Giddon says. "I've told people I'm going to build this new store and make it work -- if it fails, that's a failure for me personally. And that's what's important to me: my reputation, my family's reputation. It's easy when you look at a balance sheet and say, well they lost money in 2008 and 2009, so we can't trust their cash flow to repay a loan, but I don't know what column says that this is the guy's lifeblood and this is the guy's heart and soul."

Two of the three banks did propose a solution. "They came back and said, 'I have really good news. We will lend you the money, but there's one catch: You'll have to leave it in a CD, and that's the security against the loan.' And the CD was going to earn about 1.5 percent, but I'd borrow it at probably 6 or 7 percent. I said, 'Listen, I'm not the smartest guy. I just sell pants for a living. But I don't know if that's a good deal.' It was actually humorous."

And though Giddon says these experiences won't derail the project, he's still confused about the rejection. "A guy who's been in business for 25 years, making a decision to upgrade his business, moving to a bigger and better space, and personally guaranteeing the loan?" he says. "I would think that's the kind of credit banks would want."

WHAT EXACTLY DO BIG BANKS WANT?

So what specifically are big banks looking for now, and what are some typical deal breakers? Representatives from the nation's four biggest banks shared their lending records and criteria for small businesses, which they generally define as businesses with revenues of $20 million or less:

If so many big businesses want to say yes, then why are so many small businesses hearing no?

"For political reasons, for marketing reasons, big banks clearly want to represent that they're very friendly to small business," says Ami Kassar, founder and CEO of Philadelphia-based MultiFunding, which helps small businesses find the best loans available to them. "But the data tells a different story."

Though large banks say they're increasing loans to small businesses, studies suggest there hasn't been much improvement in the small-business lending climate. According to an October Federal Reserve survey, 89.3 percent of loan officers at large banks said credit standards for approving applications of small firms (defined as those with annual sales of less than $50 million) remained basically unchanged over the past three months.

And only a quarter of all businesses said their borrowing needs were completely satisfied in the last three months, according to the latest quarterly economic trends report from the National Federation of Independent Business, down from 36 percent in the two years before the recession.

"Part of the disconnect small businesses are feeling is from the big banks' new stringent credit policy -- the difference between credit policies that existed prior to 2008 and 2009 and the policies now," says Bush, the bank analyst. "Big banks are proactively reaching out to a different credit profile than they were before, and it's absurd for them to deny that."

Bush says regulators "are fully acquiescent to banks not lending to small business. There's clearly an element of political pressure, regulatory pressure. I've heard from more than one bank that regulators will stand up and say they're pushing banks to lend, but they really don't want to see a bad loan hit the books. They don't want to go through a bad credit cycle again, and so there's a wink wink nudge nudge about urging banks [to lend to small businesses]."

Bernard Baumohl, chief global economist of The Economic Outlook Group, an economic forecasting firm in Princeton, N.J., agrees there's been a fundamental change in how big banks view risk. "There's a lot big banks can lose. It's a different climate for them."

That climate, according to Baumohl, includes the pressure to raise capital, repair their balance sheets and deal with the remnants of the financial crisis as they look toward a bleak 2012.

"What's going on in Europe is part of the equation that helps banks determine when to issue a loan, and there's a real concern that U.S. banks are going to take a hit," says Baumohl. "There could be spill-over into the U.S. banking system, and with that dark cloud hanging over the global and U.S. economy, it's understandable why small businesses are not the client of choice for big banks. They don't want to go with what they perceive is a risky customer."

TOO BIG TO LEND?

If the conditions for small-business lending in 2012 are convoluted, the solution, according to these experts, is clear: Small businesses should go to small banks to get their lending needs met. For one thing, smaller, regional and community banks "aren't as exposed to the European debt crisis as the large banks are," Baumohl says.

Small banks already play an outsized role in lending to small businesses: according to Kassar, small banks, defined as having $500 million or less in domestic deposits, account for 31.5 percent of all small-business loans, even though they account for only 11 percent of deposits.

And while some big banks claim that demand for small-business loans is sluggish, Umpqua Bank, a community bank serving Oregon, Washington, Northern California and Northern Nevada, has seen small-business loan applications double this year, and has increased its lending to small and medium-sized businesses by more than 50 percent, according to Umpqua spokeswoman Eve Callahan.

Callahan says some of their recent small-business customers "haven't had a close relationship with their previous banker, and their financial situation as a result was not clearly understood. We recognized a need in the marketplace to have a relationship -- a partnership -- with small businesses not based on a credit score but on a real understanding of their business and financials."

As Callahan describes it, small banks tend to see the potential, not just the risk, of small business. "We only thrive if the businesses in the community we serve thrive," she says. "The success of companies is as important to us as it is to them in a lot of ways, so we want to see them grow and innovate and create jobs. That's our role and relationship."

Erik Tonkin, of Sellwood Cycle Repair, a bicycle repair shop in Portland, Ore., says his business has an excellent, 15-year relationship with Bank of America, but when it came time to get a loan to buy a building, he consciously bypassed the big bank. "I have a personal relationship with the people at Bank of America and they work really hard for me," Tonkin says. "But they cannot make decisions and own those decisions. The power given to the individual officers to make decisions at the local Umpqua branch is important to me. Good customer service isn't just being friendly -- it's actually doing something for somebody. I don't like going to places like Walmart, where people can't help you with a problem, and they're essentially smiling and telling you no."

Though Tonkin got a loan for the same amount Giddon is seeking, their experiences couldn't be more different. Umpqua didn't just approve Tonkin's $500,000 loan, his banker actually found it for him. "They asked for details of my situation and remembered those details, so when this special loan come along, they said, 'This could work for Erik,' and contacted me and told me about it," Tonkin says. "I felt like I'm getting the customer service there that I try hard to give here. It's sort of this mutual understanding I have with my customers and suppliers, of trying to help each other out, like we're in it together. They're running their branch the same way I run my own business."

Why Aren't Small Businesses Getting Loans From Big Banks? 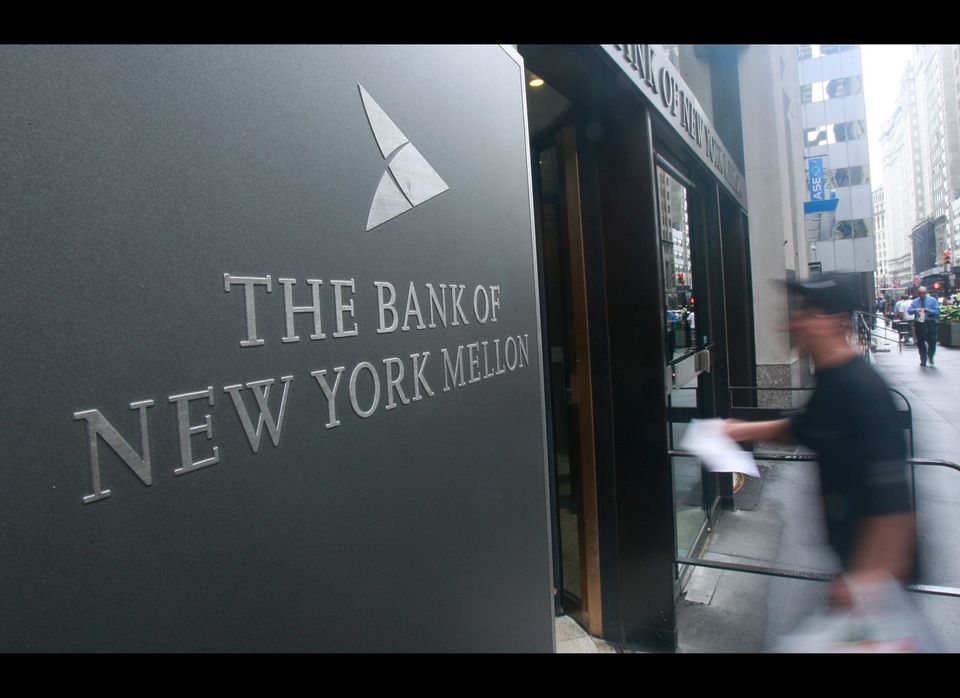