For a long time, the prevailing mantra of farming in America has been simple: “Get big or get out.”

That mantra traces its roots back to the late Earl Butz, who President Richard Nixon appointed as U.S. secretary of agriculture in 1971. He held the position for five years.

Under Butz’s watch, domestic farm policies shifted to favor large, industrial operations planting mostly corn and soy and shun smaller farms that favored organic, locally sold crops. That legacy has continued to this day, as evidenced by U.S. farms’ dwindling crop diversity and the massive environmental footprint — like degraded soil, excessive water use, and heavy use of pesticides and herbicides — such approaches to farming leave behind.

Despite this, alternative approaches have continued to survive — and even thrive. A growing number of Americans want to know where their food comes from, connect with the families producing it and buy products at farmers markets and through community-supported agriculture (CSA) programs.

But how, exactly, can small farms capitalize on that interest and earn a living? Can farmers markets and CSA boxes really sustain a farm, especially at a time when the incoming administration has signaled a push to fight the local food movement’s recent gains?

Josh Volk thinks so. He’s the owner of Slow Hand Farm in Portland, Oregon, and he has a lot of evidence to back up his argument.

In a new book titled Compact Farms, out this week, Volk highlights 15 different farms across the country ― all of which are located on no more than 5 acres ― and the hard-working people who run them.

Volk details how each farm grows and sells its products, even offering advice to aspiring farmers who are interested in taking up the trade themselves. And through telling their stories, Volk pushes back against the “get big or get out” narrative, making a strong case for how smaller farms can, and do, contribute to our nation and planet’s health and livelihood — and will continue to do so regardless of the current political climate.

The Huffington Post recently spoke with Volk about farming and the future of food policy under President Donald Trump.

What inspired you to write this book that’s a how-to guide for small farmers?

I wanted to create a dialogue around how these things work and how can we make them better. I wanted to look at this smaller scale of agriculture and find out from the people what they are doing that is making them so successful, to put those ideas out into the world and try to generate more discussion around the topic.

How did you select the farms you highlight? What made them unique?

Narrowing it down was a little bit tricky. I was looking for a cross-section of farms. I wanted to have urban examples and rural examples in all different parts of the country. I ended up with more of a mid-northern tier and didn’t get farms further south, but I had so many good examples from farmers in the northern tier that just ended up being the way it was.

I was also looking for diversity in markets and to have a good gender balance. What I didn’t end up with, which I wish I had found more examples of, was a more racially diverse audience. It would have been interesting to find more examples of those farms ― they are out there, but that just wasn’t where my connections were.

You’ve been in this business for some time. You know your stuff. What surprises did you encountered along the way of working on this?

The most surprising thing to me was how many examples of these farms there were. And some of these examples went back 15, 20, 30 or more years. There are many people who have been doing this for a significant amount of time. This is something that’s out there. It’s not new. I knew that to some extent but was surprised at how easy it was, in some ways, to find examples of that.

This all pushes back against the “get big or get out” idea — do you think that idea is dying out? Is there momentum here, or still a long way to go?

We always need more education about how successful these [small] farms can be. These examples of folks doing it for 20 or 30 years show you can maintain this. That this is sustainable in the environmental sense, in the social sense and in the business sense. I also included some examples of farms in their third or fourth or fifth year to show that it looks like when you’re first starting this. I don’t know if those farms will continue to succeed, but so far they have. But I think this is getting easier and there is a lot more information out there, and a lot more acceptance. I think it is gaining momentum.

I also don’t think that means that “small” is the only way. There needs to be a place for the mid-sized farms and even the bigger farms. But I think the landscape needs to be more open and more accepting of all of it. I hope this book will help make this more of an option of people who don’t want farming to just be the one way.

Farm policy has been in the spotlight recently thanks to Trump’s late nomination of a U.S. Department of Agriculture secretary. There have been reports of some farm groups being anxious about Trump. How are you feeling about the future of small farms, given the current political climate and incoming administration?

From what I’ve seen over my last 15 to 20 years in small-scale agriculture, the organic farming movement operated without any help — and, really, antagonism — from the USDA and government entities and it still successfully grew. There’s no question in my mind that when the USDA took over the organic label and started the National Organic Program that that really kickstarted a lot of help from universities and other organizations and things have been much better. That’s not to say that they couldn’t be better than they are right now, but they are better than they ever were.

I think it’s almost impossible to think there won’t be a major step backwards [under the Trump administration], but I don’t think that step backwards will be particularly problematic. Certainly, with the very minimal subsidies there are and the kind of momentum there is in terms of interest in research, I think we’re still on solid ground. But we’re going to have to make major efforts to continue to move things forward now more than ever.

It sounds like you’re feeling more optimistic than many people might guess you would be. Why is that?

I live in a bit of a bubble here in Portland. We’re so progressive in some ways and there is so much support at the local level, not just in terms of local government, but with the customers — the people at the farmers markets and the support for the CSA growers and restaurateurs using local produce and buying from local farmers. It doesn’t feel like any of that is going to change. If anything, I think in some ways, there’s more of an excuse than ever for that core group to put their support behind these small farms, to double down on that.

I’m optimistic, too, because I do travel and visit farms in other parts of the country. And over the past five to 10 years doing that, I’ve always been impressed when I go see these places. I grew up on the East Coast and in the Midwest, and it was not like that when I lived there 30 years ago. The food scene is changing. Maybe it doesn’t look the same as it looks in Portland, but there are a lot of the same aspects of support for local farms. I meet a lot of farmers who are making it work because restaurants are buying from them and people want their produce at farmers markets. I don’t just see that in this bubble in Portland. I see it everywhere I go.

What are other indications of this movement that you’re seeing?

When I first moved to Portland in 2001, I think there were maybe 15 CSAs serving the area. Now I think it’s at least five or six times that. There were no training programs for new farmers starting out, unless you consider the on-farm jobs, which were limited at the time. Now you have formalized training programs at community colleges and private organizations, as well as through farms. And all of those programs exist because people are interested in getting involved at this scale in this type of agriculture. It’s a huge leap forward. If you track it year to year, it doesn’t seem like much, but if you compare it to 20 or 30 years ago, it’s a leap forward. I don’t see that slowing down. I see it accelerating.

Joseph Erbentraut covers promising innovations and challenges in the areas of food, water, agriculture and our climate. Follow Erbentraut on Twitter at @robojojo. Tips? Email joseph.erbentraut@huffingtonpost.com. 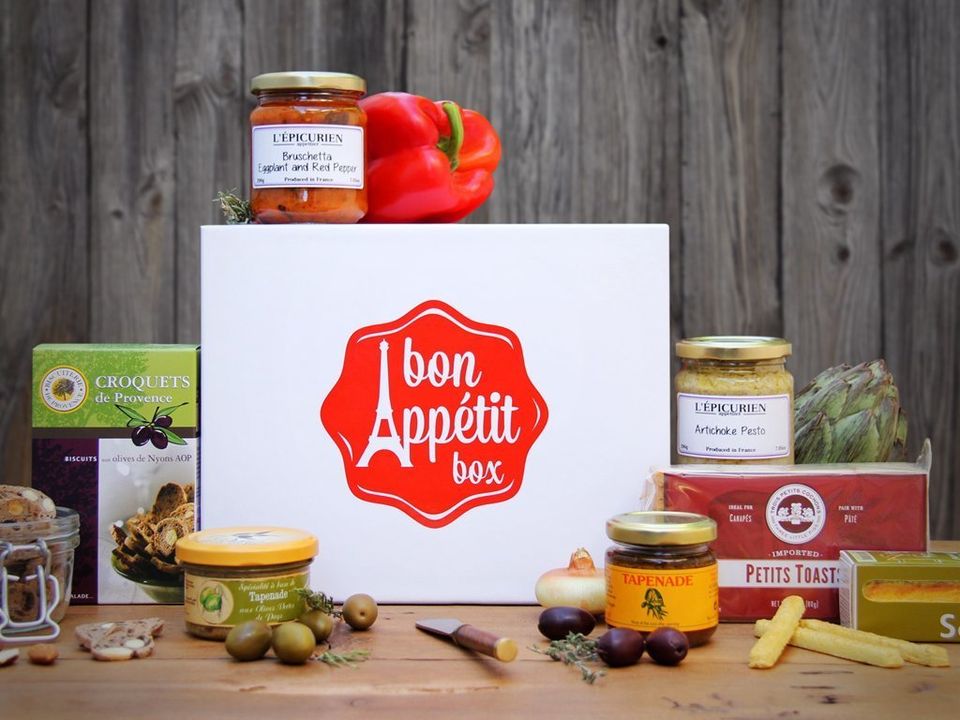 1 / 16
French foods for the francophile in your life, $70-$390 depending on subscription at <a href="http://bonappetitbox.com/" target="_blank">Bon Appetit Box</a>
Bon Appetit Box