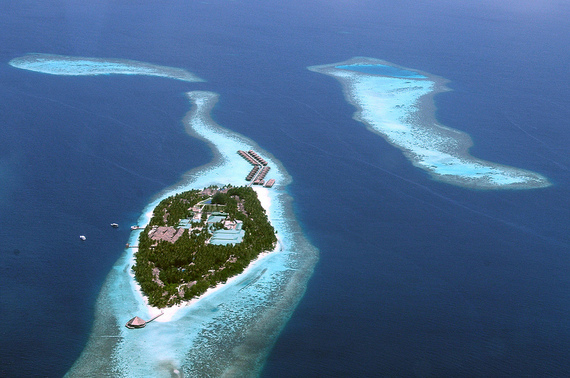 By Otaviano Canuto and Veronica Ramcharan

Many small states are known for their pristine natural environments and are either tourism or commodity based. However, despite numerous challenges emanating from their specific vulnerabilities and small size, the issues faced by these countries have remained somewhat veiled and unaddressed. Many of these countries are highly exposed to the most disastrous consequences of climate change, while high debt burdens have immensely reduced their capacity to proactively respond to external shocks in the post global financial crisis era, thereby undermining efforts to promote economic development and potential growth.

Small states are special, not always in favorable ways...

Small states are usually defined as countries with populations of 1.5 million or fewer and are spread across the Caribbean, African, Asia Pacific and European regions. Apart from common developmental issues faced by countries in pursuit of sustainable growth and stability, small states are confronted with additional challenges that exacerbate their economic vulnerabilities. These include small populations that give rise to diseconomies of scale, susceptibility to terms of trade shocks due to limited production and export bases, vulnerability to economic shocks due to a high degree of openness, underdeveloped financial markets that promote a disproportionate reliance on external aid and debt, high vulnerability to natural disasters, limited institutional capacity as a consequence of skill shortages, and in some cases excessive transportation cost as a result of geographic remoteness.

Sovereignty necessitates certain fixed costs of providing public services. However, the lesser populations of small states give rise to diseconomies of scale, as indivisibilities in the provision of these public goods mean that they face higher costs per person. Small states are also usually more open to trade, which implies increased dependence on export earnings than other developing countries. Due to their narrow resource base and small domestic markets, many of these countries have relatively undiversified production and export bases, so capacity in the private sector is limited. This increases their exposure to contagion and external shocks as it is difficult to respond to changes in the external environment.

Moreover, they are faced with a variety of inherent disadvantages arising from their geographical remoteness as the majority of the small states are small island developing states (SIDS), including widely dispersed multi-island micro-states. Consequently, these countries are often located far from major trade centers, significantly increasing the level of expenditure related to exports and imports. They are also highly susceptible to frequent natural disasters such as earthquakes and hurricanes that affect the entire country at the same time, thereby intensifying the level of economic devastation.

These characteristics result in small states being extremely vulnerable. This vulnerability is manifested in the high volatility in gross domestic product (GDP), input costs and export earnings. The existence of this myriad of challenges often erode efforts by these countries to carry out the required reforms to promote economic sustainability and impedes their endeavors to promote potential growth.

The income status of most small states conceals their tall financing challenges According to the World Bank's income classification - based on a GDP per capita criterion - the majority of small states fall into the middle-income and high income categories. This is despite the fact that GDP per capita does not capture the extreme susceptibility of small states to exogenous shocks and rising global warming. The Caribbean region has a majority of upper-middle income and high-income countries while small countries in the Asia-Pacific region are mostly ranked as upper-middle income and lower-middle income. As a result of this broad middle- to high-income classification, most small states are not eligible for concessional resources or debt relief from international financial institutions (IFIs) despite being extremely susceptible to both environmental and economic shocks and weak infrastructure and institutions, comparable to those of low income countries.

There has been a rapid debt accumulation in some small states in recent years, part of which can be traced to the high cost associated with the frequent reoccurrence of natural disasters, usually hurricanes and floods in the case of small islands. Successive years of fiscal deficits, public enterprise borrowing and off-balance sheet spending, have also contributed to the onerous debt overhang in many of these countries. Since the onset of the global financial crisis, the already precarious debt situation of many small states has worsened as most small states are either tourism or commodity based. This makes them highly susceptible to exogenous shocks, given their close ties to the United States and Europe.

As the International Monetary Fund and World Bank continue to base eligibility on income thresholds, the majority of small states continue to be excluded from sources of concessional finance - like International Development Association (IDA) and Poverty Reduction and Growth Trust (PRGT). Ironically, multilateral agencies have included a vulnerability criterion to prevent premature graduation from IDA and PRGT facilities; however they have not applied the vulnerability criterion to determine eligibility for access to the same concessional resources.

This compression in concessional finance, combined with falling Official Development Assistance (ODA) flows, has forced many small states to rely more heavily on non-concessional borrowing to acquire financial resources. The limited financial market development in small states results nonetheless in considerable challenges in mobilizing financing effectively, both domestically and internationally. While access to global capital markets is one of the few possible ways to cope with adverse shocks and income volatility, sovereign risk premiums and spreads are often much higher for small states, making market access even more difficult if not impossible.

Despite their special challenges, notably their economic vulnerability, small states' quest for special recognition by international organisations has generally not been sufficiently successful. A review of IFI's policies in relation to financing based on income classification for these countries may be warranted, while innovative methods of financing such as green and blue bonds can prove invaluable given the adverse effects of climate change to these countries and their protracted onerous debt positions. The emerging concept of the Blue Economy as a mechanism to realize sustainable growth, by utilizing an innovative financing mechanism to reduce national debt, while simultaneously propagating the sustainable use of marine resources, may well be a step in the right direction for many small island developing states.

Additionally, financial institutions in advanced economies are terminating or restricting correspondent banking relationships in many small state countries due to perceived risks that stem from the requirements of the AML/CFT guidelines. Many of the countries that rely on foreign correspondent banks typically have a relatively shallow banking system. Therefore the potential impact on trade and investments could have serious implications on the country's macroeconomic stability. For countries whose currencies are not traded in the international market, the ramifications are amplified as the impact would be immediate, while leaving those countries in economic isolation. Therefore, given the gravity of the potential fallout further analysis on de-risking and the erosion of correspondent banking relationships with advanced economies is required.

Financial specificities of small states have started to be recognized... but just started!

At the United Nations Third International Conference on Financing for Development held in Addis Ababa in July 2015, the adopted outcome statement highlighted the significant importance of addressing the specific challenges facing small states and reaffirmed that small island developing states remain a special case for sustainable development in view of their small size, remoteness, narrow resource and export base, and exposure to global environmental challenges. The statement further advocates the need to address the diverse and specific development needs of these middle-income countries and to identify and address infrastructure and capacity gaps. Assurance was also given to enhance international support in developing domestic capital markets in SIDS and to strengthen capacity-building in this area, including through regional, interregional and global forums for knowledge-sharing, technical assistance and data-sharing.

Additionally, the World Bank instituted the "small island state exception" as a noteworthy response to the financing challenges of small island developing states. Thirteen small states have access to IDA under the small islands economies exception, in recognition of their vulnerability to economic shocks and natural disasters despite having GNI per-capita levels on average four times the IDA operational cutoff (and in some cases as high as six times the operational cutoff). In turn, the International Monetary Fund has also pledged to increase the level of technical assistance directed towards addressing some of the specific issues of small states.

The size and vulnerability of small states necessitates that there must be greater awareness of the issues they are facing and enhanced efforts by the international community in assisting these countries in strengthening their ability to pursue economic and social development. National efforts alone are insufficient for these countries to cope with the pressing challenges they face in areas such as climate change, financing for development and fiscal sustainability. Solutions are possible, but they require policy, planning and finance. Nonetheless, small states are particularly challenged due to resource constraints and as a result require the support of the international community to address the impact of both endogenous and exogenous shocks to their vulnerable economies and societies. Efforts to promote financial stability, given its beneficial global effects, should be strengthened to ensure that meaningful reforms take place. Moreover, multilateral organizations must prioritize the development of financial and social safety nets in consultation with the small states, to address their specific challenges. Given the extreme vulnerability of small states, these measures can contribute significantly to their survival and advancement in an increasingly volatile global environment.

Otaviano Canuto is an Executive Director at the International Monetary Fund and Veronica Ramcharan is a Senior Adviser to the Executive Director. All opinions expressed here are their own and do not represent those of the IMF or of those governments Mr. Canuto represents at the IMF Board