Ken Liu's poetic, spellbinding collection of short stories ranges from science fiction to fantasy to everything in between, with one constant: the stories employ metaphor in an examination of humanity, and are in themselves deeply humane. In a grand sweep, the centerpiece of this collection, "The Paper Menagerie," won three major awards when it was first published--the Hugo, Nebula, and World Fantasy Awards. Ken's debut novel and foray into epic fantasy, The Grace of Kings, has been hailed as a breath of fresh air in what is generally a Euro-centric genre.

I caught up with Ken to talk about the release of The Paper Menagerie and Other Stories, his background in short fiction, and his transition to the fantasy epic. 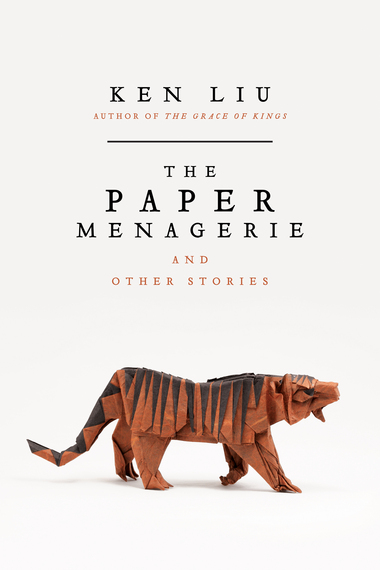 In your foreword you write of a desire for your stories to be a bridge from your mind to others, to create an understanding. (If I have that right.) Does this include a bridge of cultural understanding?

I think of it not as so much a desire for understanding as simple wonder at the fact that understanding is possible. It's incredible to me that any two individual minds, trapped in their skulls and bodies and histories and unique experiences, are able to reach across the void between them and touch at all. The complicated, error-prone process by which thoughts are translated into muscular motion into speech (written or otherwise) into waves transmitted through the air or symbols on paper into more signals and more thought-shapes that resonate in some other mind seems impossible, yet it works.

The web of understanding between us is delicate, fragile, insubstantial. Yet it is also a true wonder of the universe, one by which all other wonders are measured.

It's true that misunderstanding and lack of understanding are often themes in my fiction, but I am grateful for the moments when true understanding is achieved, especially between writer and reader. It's miraculous.

Holding this book in my hands, it hit me how prolific you've been as a short fiction writer. When did you start writing short fiction, and where were your first publications? Is your first story included in this collection?

I write slower than most writers I know, though I have the advantage of having been at this for a long time. I no longer have the earliest stories I wrote, decades ago when I first started exploring composing fiction, but even they were an accurate reflection of my obsessions and passions at the time.

Because my writing time has always been very limited, I try to be very choosy about which stories I work on. There are many ideas that would make interesting stories--too many--so it's important to be ruthless and say no to most of them.

Like pretty much every short story writer, I submitted to every market under the sun and hoped for the best. The rejection letters I've collected over the years can probably make a book of their own. Learning to deal with rejection (and to know when to change course) is one of the hardest lessons about being a writer.

One of the very first stories I published professionally is "State Change," which is in the collection. It was written over a 24-hour period (based on a prompt at a writing workshop), and still something I like a lot. In it you can already see my general preference for the logic of metaphors as the overarching organizing principle for stories. It is, in fact, perhaps the first story in which I wrote like me.

What do you think draws you to write science fiction and fantasy?

I don't think of myself as writing in any particular genre (and it doesn't bother me at all when a reader says of one of my stories: "this isn't science fiction"). I think all fiction, including so-called "realist fiction," relies on the logic of metaphors, but I prefer writing stories in which a key metaphor is literalized into something tangible. There's a particular pleasure in working with such literalized metaphors, in exploring their nooks and crannies, in discovering shears and drops, in stitching them together into elaborate structures that model something felt but not seen in our lives.

You recently launched a promising career as a novelist with the epic fantasy The Grace of Kings, which has been critically acclaimed. What sort of creative opportunities do you think a novel affords in contrast to short fiction? Conversely, are there limitations?

For example, you can't simply take a dragonfly and scale it up to the size of an elephant and expect to have a functioning creature. The passive breathing system of insects will not allow interior cells to get enough diffused oxygen beyond a certain size, and the different rates at which mass, strength, surface area, and other parameters increase as you scale up means that certain designs will only function at the size of the insect.

Short stories generally cannot support multiple plot lines and multiple points of view effectively. Neither do they have the room to permit the sort of digressions that make novels like Moby Dick such a pleasure to read. Conversely, short stories can generally evoke extensive worldbuilding with just a few telling details and let the reader fill in the rest--a technique that will feel rushed and not thought-through in a novel.

Are there short fiction authors you particularly admire?

With so many new markets, we almost live in a golden age for short fiction. Many of my colleagues write incredible tales that show and stretch what the form is capable of. In no particular order, some of my favorite short fiction writers active in the scene are Rachel Swirsky, Usman Malik, Helena Bell, Alyssa Wong, Aliette de Bodard, Lavie Tidhar, Chen Qiufan (a.k.a. Stanley Chan), Xia Jia, Bao Shu, Hao Jingfang, Anatoly Belilovsky, Fran Wilde, Alex Shvartsman, John P. Murphy, Anaea Lay, Amal El-Mohtar, Kelly Robson, Sofia Samatar, and many others.

I'm drafting the final volume in my silkpunk trilogy (The Grace of Kings (2015) and The Wall of Storms (October 2016) are the first two entries), which is fun but also challenging all my writerly skills.

I'm also going through the copyedits for my translation of the final volume in Liu Cixin's Three-Body trilogy, Death's End, which should be out in September of 2016.

Other than those, I'm working on a few short stories for various anthologies that should prove interesting. I'm never bored. 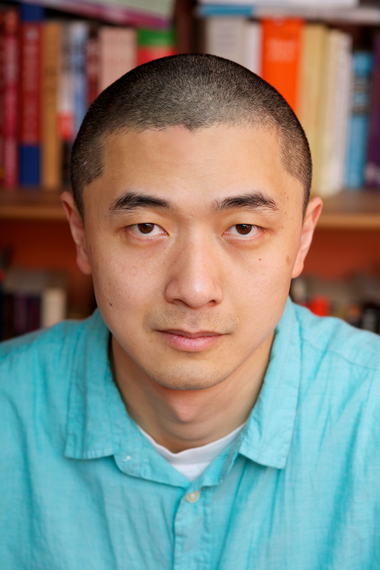 Ken Liu is an author and translator of speculative fiction, as well as a lawyer and programmer. A winner of the Nebula, Hugo, and World Fantasy awards, he has been published in The Magazine of Fantasy & Science Fiction, Asimov's, Analog, Clarkesworld, Lightspeed, and Strange Horizons, among other places.

Ken's debut novel, The Grace of Kings (2015), is a Nebula nominee and the first volume in a silkpunk epic fantasy series, The Dandelion Dynasty. He also released a collection of short fiction, The Paper Menagerie and Other Stories (2016). He lives with his family near Boston, Massachusetts.

In addition to his original fiction, Ken is also the translator of numerous literary and genre works from Chinese to English. His translation of The Three-Body Problem, by Liu Cixin, won the Hugo Award for Best Novel in 2015, the first translated novel ever to receive that honor.