A small Paris apartment has been the object of many a real estate fantasy thanks to the iconic Audrey Hepburn film, "Sabrina." Unfortunately, those dreams are crushed as quickly as one can say "mortgage" after researching home prices in the French capital city. In fact, Forbes.com recently rated Paris the fourth most expensive city in the world for real estate.

But two architects managed their way around that whole cost-per-square-foot issue by, well, severely limiting the square footage. Marc Baillargeon and Julie Nabucet designed an apartment that measures a tidy 130 square feet. Housed in the Montparnasse neighborhood in the city of lights, this flat was carved out of what was once a larger apartment.

The duo accomplished the task by creating a space that reminds us of Russian nesting dolls. Basically, everything is stored in everything else (don't think about it too hard, trust us). The custom-made furniture was designed specifically for the space. For example, the bed slides out from underneath the kitchen and the stairs open up to act as storage.

This teeny apartment is the epitome of efficiency, and, as such, there's no room for clutter. Likewise, the furnishings are modern and sleek and the color palette is a cool grey with red accents. Also key to keeping the space from feeling like a cave: high ceilings (9 feet high in this case).

Our absolute favorite thing about this petit pied-a-terre is the architects' novel way of thinking. “We forgot any ideas about enlarging or moving the windows. But instead we decided to raise the floor, and now one has views overlooking Montparnasse!” Baillargeon told Wired.

Note to self: Next time we want views, we'll just raise the roof. 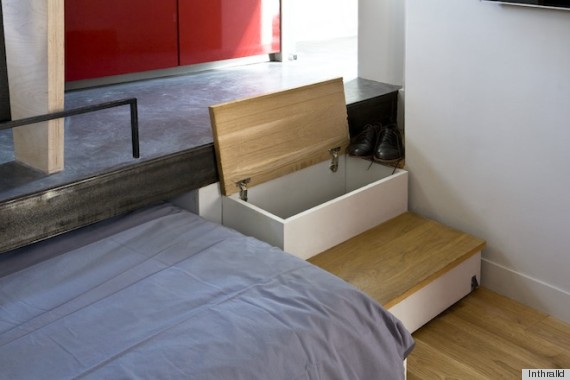 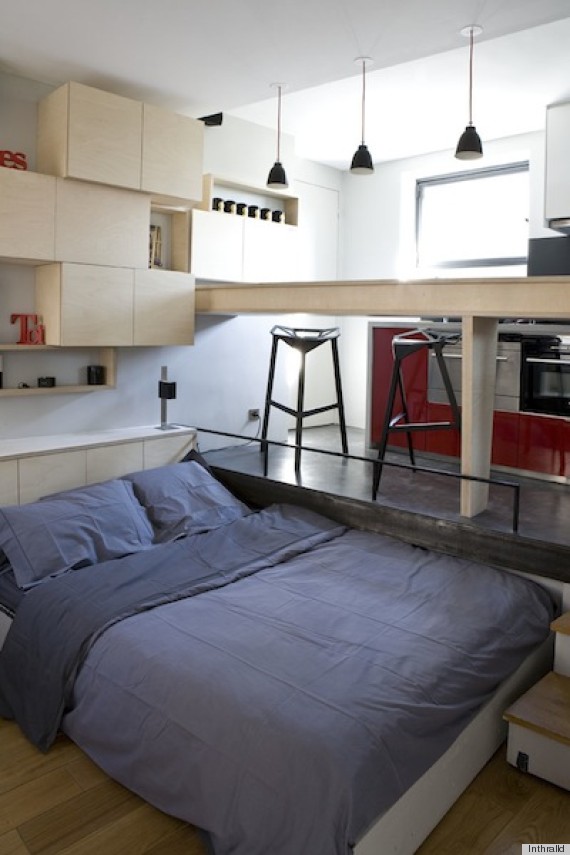 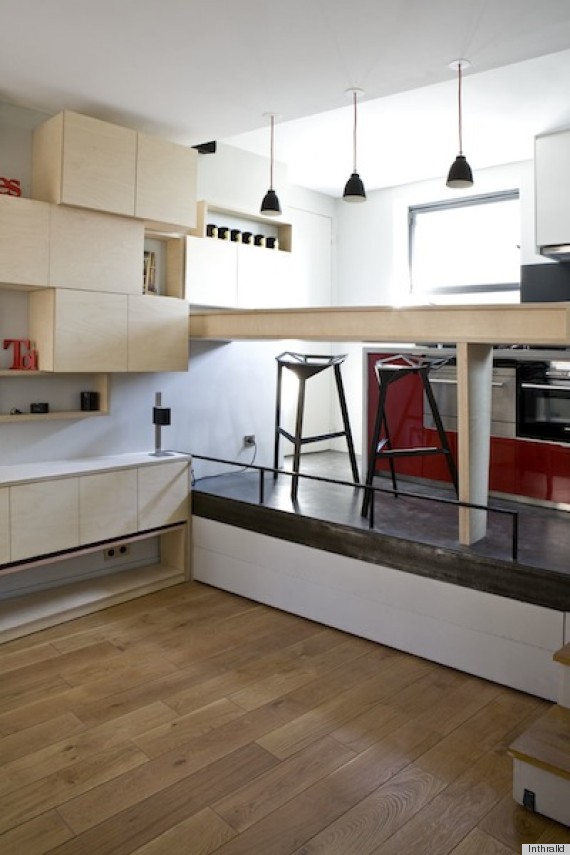 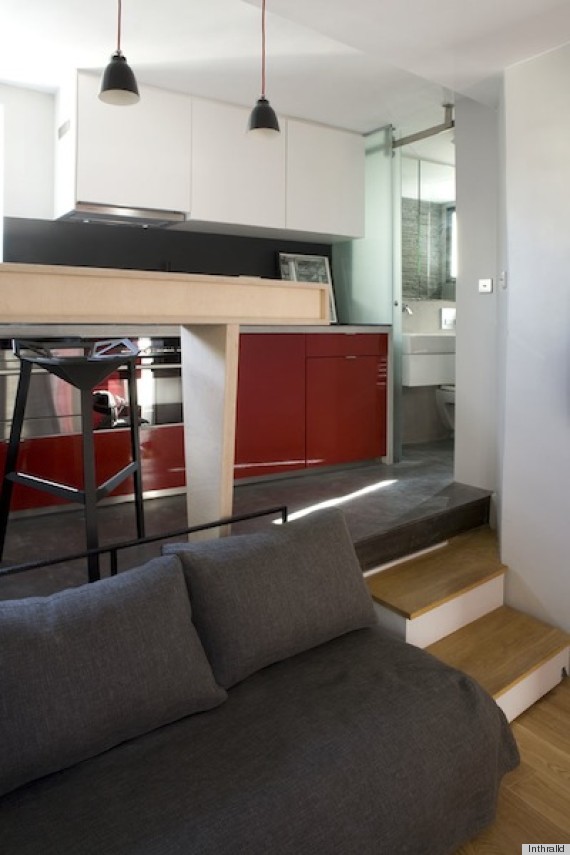 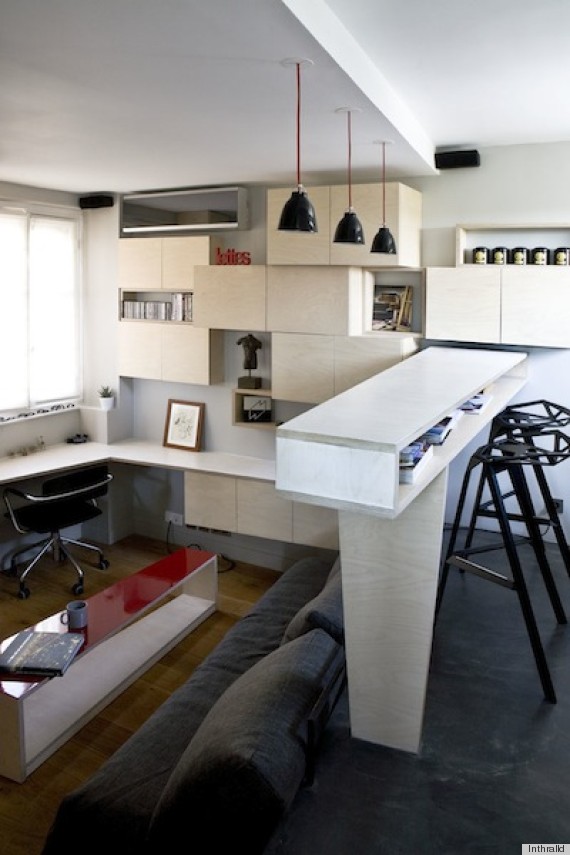