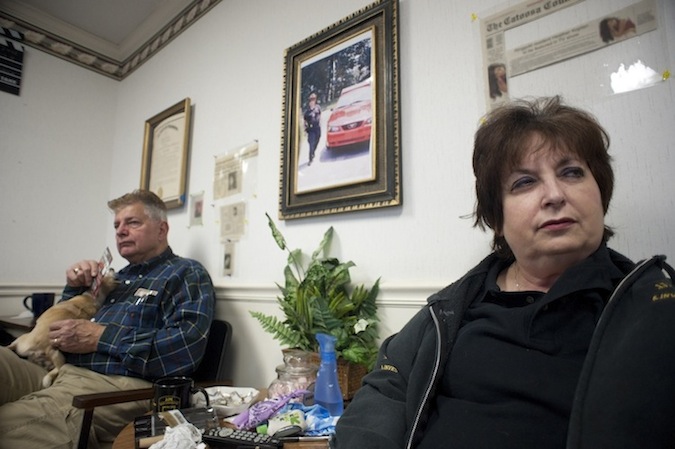 There aren't that many shows in the Reality TV Universe that have the ability to feel genuine and pull on the heartstrings to such winning ends as AMC's Small Town Security. For the most part, even the most cleverly concealed "non-scripted" shows smack of manipulation and hefty pocket change for its producers, but whatever Small Town Security did in its first season last year, it worked. Not only was it a surprise hit for AMC but it gave audiences people and situations they don't often experience on the small screen.

Most of the allure revolved around the show's main gal, Joan Koplan, who, along with her husband, Irwin, have been running the quirky JJK Security in Ringgold, Georgia, for many years. Sure, Joan came off as one of TV's more unique creatures--innocent, humorous and somebody who always longed for bright lights and attention--but few could have predicted how well a "reality" series would handle the heartwarming story arc of Joan's long-time pal and employee, Dennis Croft, a transgender man with bold ambitions and a unwavering affection for his boss. Collectively, the show's creators, producers and its "stars" gave birth to one of the most inventive reality TV romps of the decade.

So, what lies ahead in Season Two, which debuts May 9? I went straight to source, matriarch Joan Koplan, and interrogated the woman. Read on ...

Greg Archer: Were you surprised at how well the show was received last year?

Joan Koplan: Yes and no. I was surprised because I liked it and we really had something "real" going on. But I didn't know how other people would take it. Just because I thought it was fantastic, didn't mean everybody else was going to think that.

Greg Archer: Curious to know something: One never knows what to expect going into a reality series, especially if you are the one in it, but everything from the show's pacing to what unfolded in Season One was really smooth and oftentimes humorous. Before all this, did you ever think that the type of life you were living would A) end up on TV or B) would even make for good television?

Joan Koplan: Well, without making me sound like I am conceited, because when it comes to me, I do think I have a lot of things going for me, but this all started because of everybody that would come into the office and make a comment on how different we are--that we should be a reality show. And that's why I went ahead and pursued it. And it's all unscripted. I mean, everything that goes on in here and outside--it's just all "us."

Greg Archer: Season Two? What can we expect?

Joan Koplan: I wish I could answer that. It's not the right thing for me to do, but the only thing I can say, is that whatever you see is going to be a continuation of the craziness that goes on here. And to be honest with you, I don't know really what is going to be happening, because a lot of times, it's taken from conversations we are having or whatever has happened. If it were a scripted show, I could answer. But you can expect some of the same craziness and same seriousness.

Greg Archer: So, how has your life changed since the show became popular?

Joan Koplan: The only thing that has changed is that I got a good look at myself on television and saw that I really needed to lose weight. I gained so much weight I felt like changing my name to Joans and saying, "Here we are, can we come in?" That's the way I feel. That's the only thing that's affected me. Other than having people see me as a fatty--and I didn't realize that I was wearing as much makeup as I was and I think it makes me look hideous ... but I'm trying to wear less makeup and do something about my weight. That's the bad part that I don't like. The good part is that I do enjoy being recognized now. And people coming in and making a fuss over this. When the first season was on, we had a crap load of people come into town; and now it's started again and season two hasn't even started yet. I think this season is going to be a big big hit; better than the first one. Because it's all real. And most reality shows are not, that's my opinion.

Greg Archer: Could you talk a bit about having Parkinson's disease? When were you first diagnosed?

Joan Koplan: A little over a year ago. I have no conception of time any more, to be honest with you. But I've gotten extremely good news. I am more or less cured of it. I can walk now and stand perfectly now. I can run. I don't have any shaking or anything. People don't die from that any more. I am taking two pills that have taken me from not being able to wipe my own ass--to be honest with you, my husband had to lift me up from the toilet and help dress me and now I can do everything by myself now. But a lot of times, I have a problem tying my own shoelaces, but that's really the only problem I have now. I am in perfect shape.

Joan Koplan: Yeah, thank you. Because when we were in New York around Christmastime, I thought I was going to end up in a wheel chair. I couldn't even walk to the elevator. I couldn't stand waiting for the ride to come. My whole life has changed for the better. I feel like I am 17 years old. Every which way--from my personality and sexually. As I said, the only thing I don't like is what I look like on TV.

Greg Archer: You must have been asked this quite a bit during last season, but if you could sum up your friendship with Dennis in a few words, what would you say?

Joan Koplan: I love Dennis but like a family member. He does a lot for us. He does things for me. That's all there is. I don't add anything sexual with him and I never did. I appreciate him being in love with me but I don't like people thinking something that is not true. I'm afraid of people thinking we have something going on, because that's not true. When he hears me say that, he probably gets pissed, but I don't want anybody to think that, because I am not attracted to him in that way.

Greg Archer: Well, I thought the show really handled Dennis' "storyline"--being a transgender man and his affection toward you--really well. We had a chance to see who you both really were and it came across as very genuine. Is it challenging having somebody have that much affection toward you? Have you grown used to it, or ... ?

Joan Koplan: Well, I am used to it as far as that part is concerned. In the office it doesn't bother me. But when I am outside and I see people in a restaurant looking at us, I may think that they think we might be an item. I am the type, that if there were something between us, I would have already had said that. I'm sure that a lot of people do think that, though.

Greg Archer: So, what's the best thing that came out of doing this series?

Joan Koplan: Well, when I was 10 years old, Shelley Fabares came out with her song Johnny Angel, and I was singing that really well. And that's what started me on the course of wanting a singing career. My whole life I only wanted to be two things: I wanted to be a police officer and a professional singer or actress. It turned out that I graduated the police academy and I was a police officer for a while, and I am still registered, and I'd like to do that part time again. That's in my blood. But I also want to be a "star." It's funny, because that combination is really stupid. Because I have never heard of anybody wanting a combination like that. And I'm not that young any more. I'm 62. And at 62, I still want to be a cop and I still want to be star. That's nutty but that's absolutely in my blood. And this will sound weird, but I really appreciate the way AMC is treating me. I'm a very emotional person and I spend most of the day crying because I'm absolutely in shock over the things that have been happening to me.

Season Two of AMC's Small Town Security debuts at 10pm (9pm CST), Thursday, May 9. Take a look at the drama ahead (below): 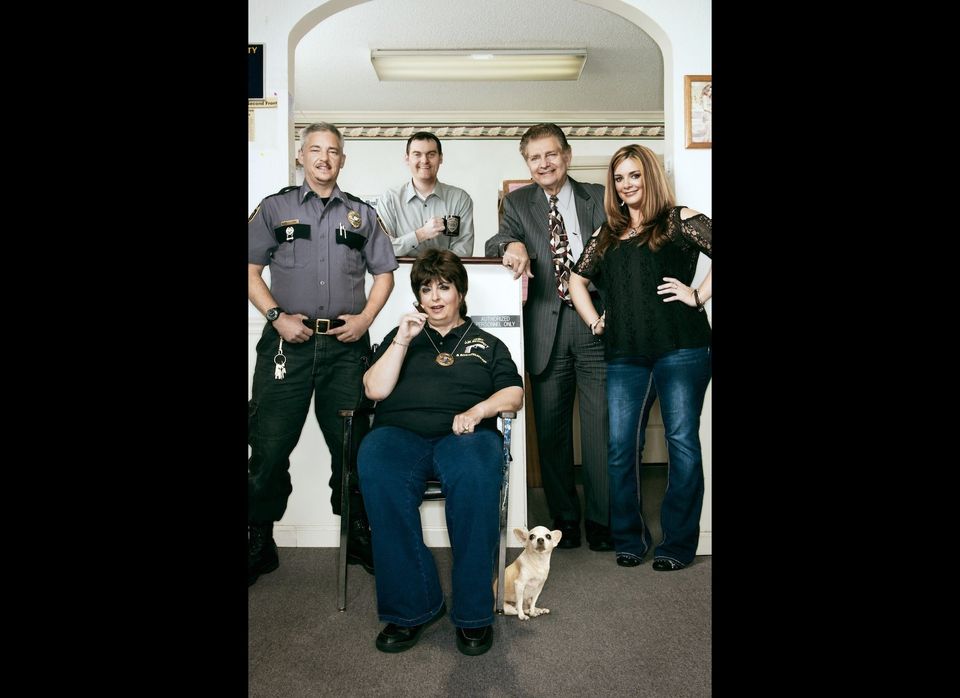