America has always been the land of opportunity. This statement may sound dated or clichéd, but until someone comes up with a better one, so be it.

Regardless of an individual's national origin, each of us is afforded the opportunity to innovate, dedicate, and dominate in the business arena. One inconspicuous home builder with little more than a toolbox and a used truck can eventually become a very powerful national developer. A college student with a passion for social media can create an Internet empire and become very wealthy in the process. A daughter of Polish immigrants can open a catering business in her basement and parlay that modest venture into a massive, publicly-traded conglomerate worth tens of billions of dollars.

It can be logically asserted that building a company from the ground up and taking it public is indeed the greatest American success story. However, turning the American dream into reality requires money, and access to the capital markets is crucial to success.

Several obstacles exist that must be overcome in order for hardworking entrepreneurs to join the ranks of American business icons.

First, going public is expensive and companies generally need go public to raise growth capital. Secondly, satisfying the regulatory requirements of being an exchange-traded pubco is time-intensive and consumes manpower hours that could otherwise be dedicated to corporate growth and development.

The third, and possibly the most severe constraint, is that depositing stocks and/or trading in non-exchange traded securities has become increasingly difficult. Despite congressional efforts and SEC rulemaking in support of small and micro-cap capital formation, both the SEC and FINRA continue to apply regulatory pressure on broker-dealers, clearing firms and transfer agents resulting in a reduction in the secondary trading and free flow of low-priced securities.

Collectively, these three deterrents can obstruct the development of groundbreaking industry standouts. It must be kept in mind that contemporary household-name companies with substantial global economic impact were once relatively young companies. If going public were as prohibitive twenty years ago as it is today, companies such as Staples, Whole Foods Market, Yahoo, and Starbucks might not have become the established and accepted alpha corporations they are now.

So as to prevent the big companies of tomorrow from falling by the wayside today, OTC Markets Group, Inc., has expanded and adapted their platform to become the recognized and respected venue for small- and micro-cap companies.

According to Wikipedia, "OTC Markets Group... is the United States financial market providing price and liquidity information for almost 10,000 over-the-counter (OTC) securities. The group has its headquarters in New York City. OTC-traded securities are organized into three markets to inform investors of opportunities and risks: OTCQX, OTCQB and Pink."

Currently, OTC Markets' crowning achievement is the creation and development of the OTCQX market tier.

The OTCQX possesses scaled-down but similar qualitative and quantitative requirements used by national exchanges such as NASDAQ or the NYSE MKT. Although OTCQX-traded companies must meet minimum corporate governance, financial metrics, and trading prices, they are not required to file reports with the SEC. Rather, they can elect to submit simplified but detailed disclosure documents directly to OTC Markets.

This effective and accessible pubco venue removes the obstacles that inhibit small-company growth but still enforces stringent pubco transparency to protect investors. It should be noted that the OTCQX does not accept companies whose shares are defined as penny stocks.

OTC Markets created the OTCQX in 2007. It is a pro-business venue that does not list penny stocks but, should specific criteria be satisfied, stocks that were once considered penny stocks can graduate to a more sophisticated and respected market tier. In less than ten years, the OTCQX has become "the next step" for micro-cap issuers that endeavor to climb the ranks so that their shares become bona fide exchange-traded securities.

The small- and micro-cap industry is rallying for one or multiple supported venture exchanges. A venture market is one for small-cap companies, which would allow for higher brokerage and trading commissions, would be exempt from the prohibitive penny-stock rules, and in which securities would be considered covered securities under federal securities laws and thus exempt from separate blue-sky compliance.

Exchange-traded securities are considered "covered securities" for purposes of blue-sky compliance. That is, transactions with exchange-traded securities are exempt from separate state blue-sky law registration and exemption requirements. The OTC Markets continue to lobby the federal legislature to support a bill that would include the OTCQX as covered securities. In the meantime, individual states, such as Washington, Wyoming, and Iowa, have been recognizing the OTCQX and OTCQB as securities manuals for purposes of their "blue-sky manual exemption." Although this is not the same as federal coverage, it is a good start.

There are many benefits that exist for exchange-traded securities that do not exist for their non-exchange-traded counterparts. One of the most substantial advantages is that exchange-traded securities possess the ability to attract analyst coverage and institutional investors, and the corresponding increase in liquidity that comes with both. However, even this has changed recently; with a partnership between OTC Markets and Morningstar for OTCQX analyst coverage, the door has been opened for additional mainstream coverage.

BMA Securities (BMA) is a recognized leader in financial services specializing in market-making and trade execution. BMA President Burt Arnold founded the firm in 2001. Mr. Arnold began his career in 1993 as a registered representative and has a vast background in the investment industry. Mr. Arnold has been instrumental in taking companies public on the New York Stock Exchange, American Stock Exchange, NASDAQ, and the Bulletin Board.

"The OTCQX has become the ultimate platform for Issuers planning to list on an exchange," Arnold said. "Requirements and qualifications demand high financial standards for acceptance. These standards and financial transparencies set the pace for issuers to create financial policies designed to attain their goal of becoming listed."

OTC Markets has applied meticulous and highly strategic planning to the creation and implementation of the OTCQX so that it may eventually become a bona fide exchange. One of the most vocal proponents of this concept is Jason Paltrowitz, Executive Vice President of Corporate Services for OTC Markets Group. Paltrowitz joined OTC Markets in 2013 and is currently the new business and relationship management across all regions domestically and globally.

"By definition, small companies have greater risk than larger companies, and OTC wants to create a venue that allows companies to be open and transparent to use digital and online technology to engage its investors and give investors the ability to see information to make investment choices," Paltrowitz said. "The OTC Markets technology allows them to do that, and they can do it without having to meet all the standards that NASDAQ and NYSE have in place."

Paltrowitz continued, "We [OTC Markets] are the venture market and have over 1,000 companies that are early-stage growth and that can trade at a fraction of the cost and significantly less complexity than an exchange... OTC is technology-driven. It is a dealer market, which is very important for companies trying to build liquidity. OTC sees liquidity as a resource and the exchange sees it as a commodity. By bringing the network of broker-dealers together, market makers help to create liquidity. If you are a small-cap company, it is so difficult to get research on your company, and OTC now has Morningstar."

According to the OTC Markets website, "OTC Markets Group has collaborated with Morningstar, a leading provider of independent investment research, to provide quantitative equity ratings and research reports to OTCQX and OTCQB companies and their investors. Morningstar quantitative metrics are derived from a statistical model designed to mimic Morningstar analyst-driven ratings, extending this widely recognized approach to many securities that may not otherwise be analyzed. Access to Morningstar quantitative equity ratings and research enables OTCQX and OTCQB companies to provide investors with an independent view of the company's performance. This allows investors to better analyze and benchmark a company relative to its sector."

Paltrowitz commented, "The reality is that ultimately being public for small and micro-cap companies have become incredibly painful and we (OTC Markets) want to take the pain out of being public. NASDAQ and NYSE are great markets, but they don't fit the need for small and micro companies. It is expensive and the requirements relate to the corporate governance needs of the S&P 500. This is great but it doesn't make sense for a $50 million company to spend all that time, cost, and complexity when they can be spending time running business and building business."

"NASDAQ used to be market for small companies," Paltrowitz said. "In the '90s, before it was a stock exchange, NASDAQ was what OTCQX is now. But when NASDAQ decided to compete with the NYSE, they made requirements that changed them from being a dealer market, like OTC Markets, to a full-on exchange, which is in essence a limit order matching exchange, an interdealer quotation system; i.e., what they used to be, is different."

Monarch Bay Securities, LLC is an independent broker-dealer registered with FINRA. CEO Keith Moore has seen the importance of OTC Markets and the OTCQX greatly increase in the past five years. Moore's experience and expertise in the investment banking sector spans twenty years.

"Monarch Bay has been an OTC market maker for many years," Moore said. "We know that the OTCQX and the OTC markets have been key for capital formation of micro-cap public companies. Now, the OTCQX is lending its experience and credibility to support the launch of the new Reg A+ type of offering by providing critical liquidity."

"Many of our public issuer clients benefit from the transparency of the OTCQX, but I've been impressed with the additional steps that the OTC Markets has taken to help its portfolio companies with exposure and liquidity," Farbman said. "The OTCQX Video series serves as a great platform for CEOs to discuss their growth strategies while the OTC Markets also offers frequent educational webinars and hosts market events to better educate shareholders on relevant topics related to capital markets. I believe they have done a good job in balancing the needs of the listed companies and the investing public."

Neil Levine is a partner at Friedman, LLP and has over 25 years of public accounting experience. He directs audit engagements for SEC registrants, as well as private companies. Friedman, LLP has served the accounting, tax and business consulting needs of public and private companies since 1924. Mr. Levine was one of the first small-cap specialists to recognize that the industry impact of OTCMarkets was catapulted to a new level as the OTCQX gained traction.

"The Companies on the OTCQX are positioning themselves for future excellence by demonstrating their willingness to provide the necessary corporate governance and tone at the top to enhance investor confidence," Levine said. "We at Friedman believe these growth companies meet the highest financial industry standards."

Mr. Levine elaborated on this topic in an article he authored in 2015 titled "Companies Flocking to OTC Markets Group, Bulletin Board Falling Behind."

In summary, once the OTC Markets, and particularly the OTCQX, are officially recognized as an official venture exchange, small companies will receive a much overdue and well-deserved shot in the arm they have been waiting for. An independent, transparent, and technically advanced venture exchange will not only serve the needs of small companies seeking to gain access to the capital markets, but will theoretically create an American economic boom not seen since the 1950s. 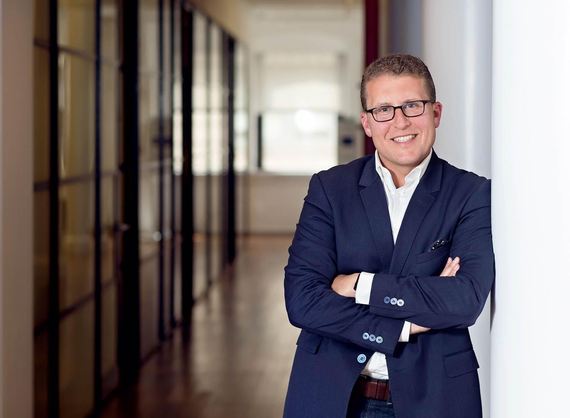